These Are America's Best Coffee Cities

When they took a train trip along the West Coast a few years ago, Stephanie Mantello and her husband got off at Portland on a mission.

It was for coffee.

“We sprinted off the train with only a 45-minute stop to get a coffee at Stumptown,” says the Sydney-based travel blogger. “It was well worth the potential of missing the train.”

Like many travelers, Mantello loves to try local java in a new place. And no surprise, Portland, OR—home of famed roaster Stumptown—was yet again in the running this year for the top city for coffee among Travel +Leisure readers. In the America’s Favorite Places survey, readers voted on the most magnetic features of major metro areas, from the quality of local coffee to the live-music scene.

Find out where to get your fix in the best coffee cities across the country—and make your opinions heard by voting in the America’s Favorite Places survey.

The Northwest city known for its latte-friendly (read: misty) weather won the coffee contest again this year—and not just forStumptown Coffee Roasters, which continues to expand beyond Oregon. Two lesser-known local favorites are in the city’s Central Eastside. One is Coava, a single-origin roaster whose beans are regulars at the Northwest Regional Barista Competition, and whose Zen-feeling Brew Bar shares space with a sustainable bamboo company. The other, micro-roaster Water Avenue Coffee, offers such barrel-aged coffees as Oak and Pinot Noir; one of the most popular menu items is a $1 sidecar shot of espresso.

The city that gave the world Starbucks fell to No. 2 again—perhaps because some T+L readers think only of the coffee giant when they come here. But Seattle, which also ranked well for bookstores and boutiques, supports plenty of smaller coffee operations (some even dubbed “nana-roasters”) that roast their own beans. Consider Slate Coffee Roasters in Ballard, or Convoy Coffee, a bike-powered coffee cart that does pour-overs, AeroPress, and iced coffee. If you can’t come to Seattle without visiting the mother ship, check out the Starbucks Reserve Roastery and Tasting Room, a 15,000-square-foot flagship that will offer small-batch roasts when it opens December 2014 in Capitol Hill.

The coffee culture in this state capital—populated by a lot of artists and geeks, according to T+L readers—runs deep. To understand one reason why sweet “coffee milk” is Rhode Island’s state drink, go toDave’s Coffee, which sells a high-quality espresso-based coffee syrup that locals often add to a glass of milk or use to lace their morning joe. Dave’s also does a cold-brew coffee on tap and boasts of having the state’s only Slayer machine—which helps baristas better control the temperature and pressure during espresso making. One of the best up-and-comer coffee places is in the Dean Hotel: Bolt Coffee Company, where the top order is a Chemex-made pot of coffee for two. And since nothing goes better with coffee than a little pastry, pick up some cookies from North Bakery, or scones and sticky buns from Seven Stars Bakery (Providence ranked at No. 1 for its baked goods).

The New Mexico city made the top five for its distinctive local flavor. Case in point: the New Mexico Piñon Coffee Company, offering blends made with local pine nuts, which fans say add a vaguely cocoa or hazelnut flavor. On Saturdays, the roaster offers a short coffee history class with a roasting demo and cupping. Ask Albuquerqueans for their other favorite local coffee drink, and they may send you to Golden Crown Panaderia, where you can indulge in the signature Coffee Milkshake with vanilla ice cream, chocolate syrup, and a generous dousing of espresso.

This business hub is one of four cities designated as a green coffee exchange port on the New York Board of Trade. For a purist’s cup, check out Siphon Coffee, in Montrose, where your coffee is prepared using the vacuum process, which promises to extract the best flavor from the beans. While Siphon’s baristas may discourage cream or sugar, they do condone snacks (like breakfast tacos and empanadas) and trying your luck on the coffee bar’s Ms. Pac-Man and Frogger machine. To taste other local brews, go to Revival Market, which offers local cheeses, charcuterie, and coffee by Houston-based roaster Greenway. Another reason to stop in: Houston also scored near the top of the survey for its foodie-friendly specialty grocery stores. 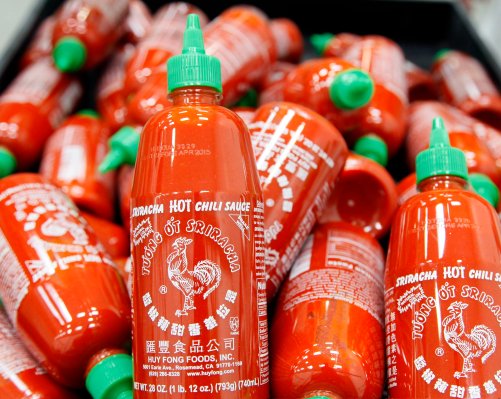