7 Beers to Try This October

Oktoberfest, originally a celebration honoring the marriage of German nobles, has become virtually synonymous with brews. In past years, the event has drawn a whopping seven million visitors and served almost two million gallons of beer over the span of 16 or 17 days.

(MORE: The Boozy Secret To A DIY Ombré Dye)

That’s a lot of suds. Stateside, Oktoberfest also seems to reinforce that imminent seasonal shift in beer tastes, especially when it comes to what’s on tap. Hoppy IPAs and super-crisp pilsners are swapped out for maltier fare, and just as pumpkin spice lattes fill Starbucks cups nationwide, so, too, do pumpkin ales fill our pint glasses. So, in seeking to honor Oktoberfest (as well as the changing of the seasons), we tapped, poured, tipped, and sipped in order to bring you autumn’s best beers — including a traditional German Oktoberfest, a not-so-traditional California style, and that fall favorite, pumpkin ale. Prost, folks!

(MORE: A Hilarious Takedown Of Your Pumpkin Spice Latte Tweets) 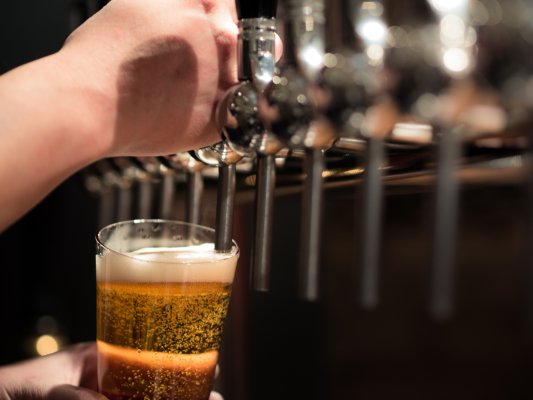