It’s a fascinating hypothetical: what TIME cover headline could you imagine appearing in the next 500 days that would be remembered in 500 years? Five centuries is a long time, but this magazine’s history is full of indelible headlines and covers, from “Is God Dead?” to a crossed-out Hitler. When 2514 does come around, we may well come up with another one for the ages. (We already mocked up what it might look like, at right.)

So, when a Redditor asked that question on Tuesday, the answers flooded in. Lots of them were actually pretty feasible. In fact, many were so feasible that we’re already on it.

One user proposed the headline “Google Extends Human Life Expectancy By About 400 Years; Enjoy It While It Lasts.” Here’s our cover from Sept. 30, 2013:

Someone else suggested “The Extinction of Bees” — and here’s our cover from Aug. 19, 2013, another example of looking forward to the possibility of the event in the hypothetical headline:

PHOTOGRAPH BY HANNAH WHITAKER FOR TIME

As for what the Mars Rover might find, we’ve wondered that for a while:

And then there’s the matter of history repeating itself. Lots of the suggestions are about possible events — “nuclear accident/disaster” or “Middle East Crisis!” or “Americans Riot” — that have had earlier incarnations, all of which we’ve covered:

Finally, many of the suggestions have been addressed inside the magazine or online, if not on the cover. The top suggestion is about an asteroid on a collision course with Earth; in April, we wrote about how common that actually is. Many popular comments involved the discovery of alien life; we think that’s going to happen in 2040 — more than 500 days away, but still relatively soon. As for the spread of Ebola, we have an interactive map for that. Bitcoin values jumping? Been there. Area 51? Even the President is on that.

Which is not to say that there was nothing surprising in the list of Redditors’ suggestions. After all, not everyone paid attention to the instruction to keep the headlines believable. Sorry, person who thinks the dodo bird will come back before 2015 is over — but hey, if there’s one thing the history of headlines can teach us about the future, it’s that you never really know what’s coming. 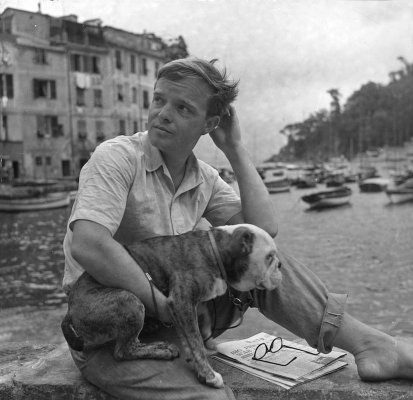 Read a Stunningly Frank 1948 TIME Letter On Truman Capote and Sexuality
Next Up: Editor's Pick