We Drink More Alcohol When We Exercise

First we sweat, and then we swig: A new Northwestern Medicine study published in the journal Health Psychology finds that people tend to drink more alcohol on days they’ve exercised.

The study looked at 150 adults between the ages of 18-89 who used a smartphone app to record how much they exercised each day — and how much alcohol they drank for three weeks at different points of the year.

Previous studies have found that the more active among us are also the larger lushes. But this study didn’t exactly confirm that. Instead, the stronger link occurred between exercise days and the number of drained glasses, with beer being the most popular post-workout alcoholic beverage. Both physical activity and alcohol intake increased Thursdays through Sundays. Even after the researchers controlled for the fact that people have more alcohol-related social events on the weekend, that many prefer to drink primarily on weekends, and that drinking patterns often differ by season, the association still stuck.

The scientists aren’t sure why there’s such a close link, but they have some ideas. “It could be that people who are more physically active on a given day have to use all their willpower and cognitive resources to get themselves to be active, and they don’t have enough willpower left to resist the temptation of a drink at the end of the day,” says David E. Conroy, lead study author and professor of preventive medicine and deputy director of the Center for Behavior and Health at Northwestern University Feinberg School of Medicine. Other possible reasons: people proud of their workout might want to reward themselves for being good, socialize further over drinks, or even (mistakenly) view alcohol as a good way to replenish fluids, the study says. But other studies show that too much alcohol can negate some of the good that exercise does — in addition to adding calories after a hard-earned burnoff, alcohol might even impair muscle recovery.

If “dehydrate to rehydrate'” is your motivation to get to the gym, you’re not alone. But it might be time to choose a different mantra. 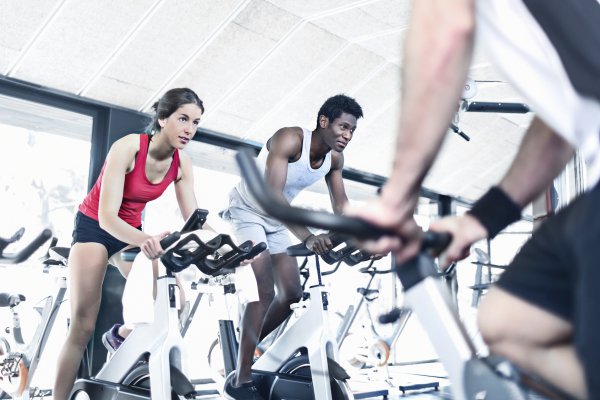 5 Things You Need to Know to Get Lean
Next Up: Editor's Pick