3 Reasons Holding a Grudge is Bad for Your Health

Taylor Swift has never been one to hold back on how she feels about her ex-boyfriends, but it’s a song about a grudge with a fellow female artist in her upcoming album that’s getting all the buzz this time around.

Swift told Rolling Stone that her new track, “Bad Blood,“ delves into her feud with another chart-topping vocalist, though she stopped short of naming names. Several news outlets are reporting that it may be Katy Perry, and USA Today noted that the “Dark Horse” singer posted a cryptic tweet right after the Rolling Stone interview went online. Perry tweeted “Watch out for the Regina George in sheep’s clothing…” making reference to Rachel McAdams’ queen-bee character in the movie “Mean Girls.”

So what could two pop princesses possibly have to argue about? In the interview, Swift said it’s not about a guy but rather that the other artist tried to hire several people away from her (although again, not naming names).

We all have people we don’t particularly like, but is it harmful to harbor those angry feelings? Seth Meyers, PsyD, breaks it down.

They stress you out

“Countless studies have shown that holding grudges and keeping in negative feelings is bad for your mental health, increasing anxiety and frustration,” says Meyers. Case in point: Research published in the journal Psychological Science found that when people were told to nurse a grudge when thinking about wrongdoers, they had stronger negative emotions and greater stress responses (namely, higher heart rate and blood pressure) than those who were instructed to imagine granting forgiveness.

They may hurt your physical health

“You may think a grudge is all in your head, but your physical health can be affected, too,” says Meyers. Researchers from the Medical College of Georgia found that people who said they held grudge for years had an increased risk of multiple health problems including heart disease, high blood pressure, stomach ulcers, back pain, and headaches.

They may not be worth fixing

When you notice that you’re holding on to hostile feelings, ask yourself, “Is this person truly important to me?” If so, you’re going to need to have a frank conversation with them and say why you feel hurt so you can attempt to work through it. But more often than not, the people we hold grudges against aren’t terribly vital in our lives, Meyers says. If this is the case, make an effort to figure out the real source of your frustration—are you really upset that an acquaintance bailed on your birthday party, or are you more bothered by the fact that you and your BFF aren’t as close anymore? Drilling down will help you let those bitter feelings go and focus on what matters. 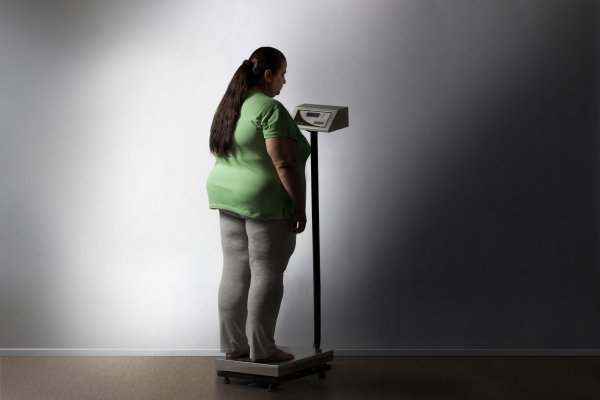 Study Links PTSD With Food Addiction
Next Up: Editor's Pick