Why (Most) Sponsors Aren't Pulling Out of the NFL

When Vikings general manager Rick Spielman announced yesterday, in front of a backdrop splashed with the Radisson logo, that Adrian Peterson would play Sunday despite serious allegations of child abuse, the hotel chain suspended its sponsorship of the NFL team.

But it appears that Radisson’s withdrawal has not opened the floodgates for other sponsors to drop their NFL contracts. Covergirl announced late Monday night that it would not stop being the “Official Beauty Sponsor of the NFL,” despite a viral meme that showed a Covergirl model sporting a black eye while wearing a Ravens jersey. “In light of recent events, we have encouraged the NFL to take swift action on their path forward to address the issue of domestic violence,” Covergirl said in a statement.

Anheuser-Busch, official beer sponsor of the NFL, released a statement Tuesday condemning the response to the abuse scandals, but did not pull their sponsorship. “We are disappointed and increasingly concerned by the recent incidents that have overshadowed this NFL season,” they said. “We are not yet satisfied with the league’s handling of behaviors that so clearly go against our own company culture and moral code.”

But despite the finger-wagging, PR experts say it’s unlikely that major NFL sponsors like Verizon and PepsiCo would pull their sponsorship in light of the recent abuse scandals. “You didn’t see people immediately jumping ship—they’ve made multimillion investments in this,” says Joe Favorito, a sports media consultant who teaches strategic communications at Columbia University and once served as head of PR for the New York Knicks. “I don’t think that the massive brands that are tied to the NFL are in the blind on anything.”

“Everybody these days wants immediate results and immediate reactions,” he says. “Most brands will take their time, especially since most of them have very positive and lucrative experiences with the NFL, and then will act accordingly.” He noted that FedEx hasn’t pulled their sponsorship of the Redskins despite the controversy over their name, and Under Armor is still sponsoring the Ravens despite Ray Rice’s abuse scandal.

So why was Radisson the only brand to suspend their sponsorship? Ray Katz, executive VP for sports marketing at Source Communications and adjunct professor of sports marketing at Columbia University says he suspects Radisson probably had a pretty minor contract compared to the big deals like Verizon and Gatorade, whose sponsorships are more “organic” because they tie in more naturally with sports broadcasts.

“Radisson is not and has not been a very broad corporate sponsor,” Katz says. “To me, this is essentially an excuse to get out of that sponsorship. The benefit of taking an alleged moral high ground is a way bigger benefit than the sponsorship.” Katz serves on the board of Sherwood Trading Group, which helps companies get out of corporate sponsorships, and is not in any way affiliated with Radisson.

Katz also noted that Nike and Castrol have not yet pulled their sponsorship of Adrian Peterson, and the accused child abuser was spotted wearing Nike on Tuesday morning.

“Why should the Vikings cut somebody based on allegations?” Katz said. “The Bears or the Packers will pick him up. The NFL didn’t say Adrian Peterson couldn’t play football.” 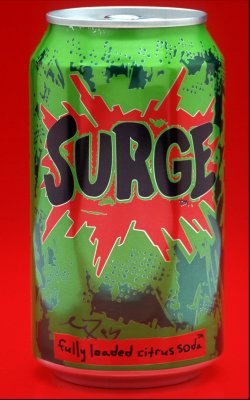 Coca-Cola Is Bringing Back SURGE
Next Up: Editor's Pick