Coca-Cola Is Bringing Back SURGE

Coca-Cola’s 1990s SURGE citrus drink is back by popular demand.

The Mountain-Dew inspired soda, which debuted in 1996 but was discontinued in the early 2000s, has been the subject of a nostalgia-fueled online campaign to lobby the company to bring back the drink.

A Facebook group devoted to SURGE has over 129,000 likes, and Coca-Cola said in a statement that they’ve decided to re-issue the drink thanks to “a passionate and persistent community of brand loyalists who have been lobbying The Coca-Cola Company to bring back their favorite drink over the last few years.”

SURGE will be sold on Amazon.com, which represents the first time a Coca-Cola product has been sold exclusively through an online retailer. SURGE’s relaunch will also be an experiment in social media marketing for the brand, since they said they will not invest in any traditional marketing for this product. 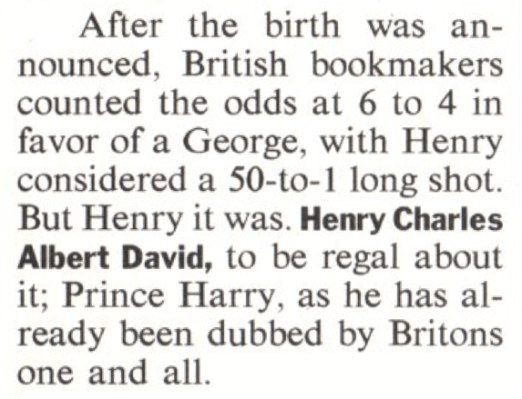 Prince Harry and the Press: A Brief History
Next Up: Editor's Pick