Wild Turkey master distiller Jimmy Russell takes a sip of bourbon drawn from the barrel at a warehouse near Lawrenceburg, Ky. on Aug. 22, 2014.
Bruce Schreiner—AP
By Eric Dodds

Last week, 79-year-old master distiller Jimmy Russell celebrated his 60th anniversary at Wild Turkey, the Lawrenceburg, K.Y.-based whiskey company. During his tenure — the longest of any master distiller in the industry — Russell has seen some three million barrels distilled under his supervision. Fittingly, Russell’s milestone falls during National Bourbon Heritage Month and is being celebrated with a new special blend, Wild Turkey Diamond Anniversary, crafted by Russell’s son, Eddie, who himself has spent 34 years with the company.

TIME spoke with the elder Russell about his start in the industry and what’s changed since he started at Wild Turkey in 1954:

TIME: How did you first get started in the whiskey and bourbon industry, and what drew you to it?

Jimmy Russell: Actually, my area, Lawrenceburg, Kentucky, was full of distilleries and I had friends who worked in those distilleries, and my wife was actually already working at the distillery when I went there — we were already married, so I went to work out there.

Has the distilling process evolved over the last 60 years in your experience?

Well the main thing is that we haven’t changed a thing in making Wild Turkey. We use the same formula, the same corn, rye, yeast, barley. We make our own yeast, we have our own yeast culture. And I can vouch for our yeast, I know it’ll be 60 years old tomorrow, because it was there when I got there.

The big difference is better equipment. Everything was done by hand when I started — you had to open and close valves by hand, you had to sit right on top of the steel with one hand on the steam valve, one hand on the flow valve. Now you can sit with computers and open and close those valves by pushing buttons. But with ours, you still have to be out in the midst of them, making sure the right valves are open and everything.

Has the fluctuation of bourbon’s popularity in the last six decades affected your approach at all?

We’ve stayed basically traditional the whole way, except with a lot better equipment to handle it. I saw the bourbon boom in the ’50s, ’60s, up into the ’70s. Then the light goods come out and a lot of young people start drinking gins and vodkas, and a lot of bourbon distilleries tried to compete with that by lightening up their formula. The fact is that our federal government even passed a law in 1969 to make light whiskey. We didn’t change a thing at Wild Turkey, we stayed the true old-fashioned way and it’s paid off for us. If it hadn’t worked — if light whiskeys had won over — you wouldn’t be talking to me today because I wouldn’t have a job.

Has your philosophy evolved at all over that time?

I’ve always been traditional. My son, who works with me and has for about 33 years now, said he thought his name was “No” for a long time because every time he suggested some change, I’d say “No.” But actually, a few ladies asked me to come up with something that still had the good bourbon flavor, but not as strong and a little sweeter, and we called it Wild Turkey Honey Liqueur originally, and then a few years ago we changed it to American Honey. We started in 1979 with that, and now everyone else is just now starting come out with their own honeys.

Have there been any other different flavors or types of whiskeys that you’ve been interested in pursuing?

We’re always working on some. We’ve had a few others over the years, but American Honey is the one that’s stuck. We’ll be coming out with another one in the next month or so, but we’ve more or less to tradition. You’re seeing more and more of the flavored bourbons coming out, that’s the way things are going right now.

Do you think that there have been any drawbacks to the explosion of bourbon popularity in recent years, or has it basically been all a good thing?

I hope it’s a good thing. Our company has spent over $100 million in the last five years, doubling our distilling capacity, new bottling facilities, new visitors’ center. We’re making something now that we’re not going to sell for another 8-10 years, so we’re looking for bourbon to continue growing. If not, we’re going to have an awful lot of it on our hands in a decade.

Are there any trends that you’ve noticed in the industry that haven’t been quite as positive, or have the changes you’ve seen mostly been for the better?

Well a lot people think the older it is, the better it is, which isn’t always the case. The biggest thing that’s changed in the industry is that for my age group, bourbon was a southern gentleman’s drink. They got off work in the afternoon, they went to their favorite bars, they got their cigars, they got their bourbon and they went to the back room to play cards. Now, bourbon’s become a worldwide drink. The export market has been huge the last 20-25 years. And the ladies are now a big market for the bourbon business. It’s no longer the 45-and-older drink, it’s now a 21-year-olds-on-up drink.

What do you think the next evolution for bourbon will be?

I don’t see a whole lot of change coming, other than maybe more flavored bourbons. I just think people found something they really enjoy now, especially in the export market.

A couple years back, there was talk of Maker’s Mark lowering the proof of their bourbon to appeal more to the international market. Have you ever felt that sort of pressure with Wild Turkey?

We have an 81-proof on the market, which is a seven-year-old bourbon, but this is another thing that I’ve seen a big change with in our industry. When I started in the business, most bourbons were bottled at 100-proof, known as “bottled in bond,” except Wild Turkey had always been 101. Then they started lowering the proofs down to the 90s and then 86 and 80, which is the lowest you can bottle bourbon. But now I’m noticing a huge trend that everything is going back up in proof. The scotches and everything are going back up again, but we don’t have to change — we’ve always been there.

Read a 1972 report on the advent of light whiskey here, in TIME’s archives: Whiskey: Let There Be Light

Read a 1958 report on the rising popularity of bourbon here, in TIME’s archives: 86-Proof American 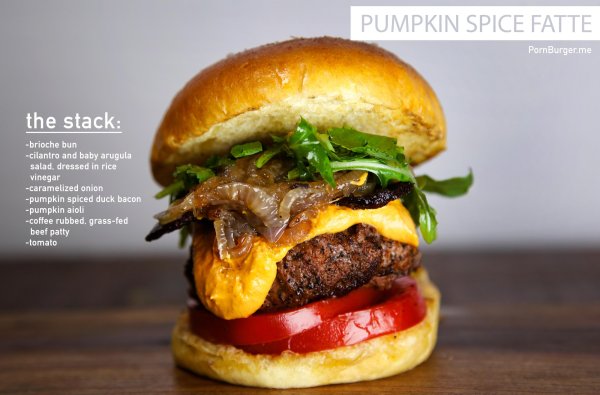