Pumpkin Spice Oreos Are Here, and They'll Remind You of Autumn at Your Grandma's House

Gather round, all ye basics, because we’ve got some very exciting news for you. In just a few weeks, you’ll have pumpkin spice Oreos to dip into your pumpkin spice lattes.

We know what you’re probably thinking: enough with all the pumpkin spice flavored things! Plus, it’s not even technically autumn yet! Here’s the thing, though: these Oreos are actually pretty good. Though they don’t hit shelves until Sept. 24, we got our hands on some and conducted a little taste test.

They feature Oreo’s “golden” vanilla cookies with a layer of pumpkin spice creme in between. The pumpkin flavor, however, is pretty subtle — you definitely get more of the “spice” aspect, namely cinnamon and a little nutmeg. The whole thing, of course, is very sweet.

“It tastes like fall!” one staffer exclaimed in delight. “It tastes like a Yankee candle!” Another agreed that the cookies were “amazing”and another, initially a bit skeptical, said, “I’ve had far worse.” One reporter said they tasted just like pumpkin pie, and another said they reminded her of chai lattes. If you want to find out for yourself, they’ll be available at retailers nationwide beginning Sept. 24 for 6-8 weeks, or until supplies last.

Most of us agreed that these were good, but not transcendent — and probably not good enough to become as much of a cultural sensation as the iconic Starbucks drink. As one reporter said, “I prefer this in latte form.” 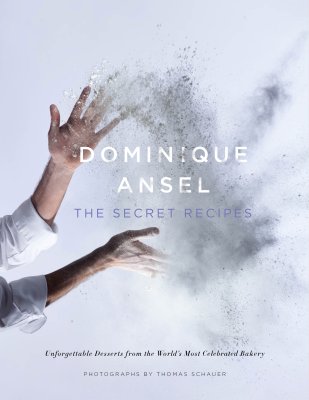 15 New Cookbooks for Fall
Next Up: Editor's Pick