The Toothpaste Ingredient That Has Experts Worried

How safe is your toothpaste? A flurry of recent news stories about Colgate Total Toothpaste and triclosan, a chemical with a somewhat checkered past, may have you wondering.

Triclosan is best known as an ingredient in antibacterial soaps that doesn’t seem to offer any extra germ-killing benefits, while possibly promoting drug-resistant bacteria in the environment. In fact, the Food and Drug Administration said in December that there was no evidence that triclosan-containing products are more effective than plain soap and water.

Colgate-Palmolive removed triclosan from Palmolive dish detergent and Softsoap hand soap back in 2011, according to Bloomberg News, but not their Total Toothpaste. They say it prevents gingivitis or early gum disease better than other brands, precisely because it contains triclosan. The FDA reviewed the data in 1997 and says “…the evidence showed that triclosan in this product was effective in preventing gingivitis.”

Health.com: 20 Things That Can Ruin Your Smile

So what’s the big deal? The issue is that there are lingering concerns about triclosan’s safety in general, not just as a problem in the environment. And those concerns are based on studies in the animals, which don’t always translate easily to human risk.

“A concern specific to triclosan is its potential to act as an ‘endocrine disruptor,’ which means that it can bind to hormone receptors and interfere with normal hormonal function, including thyroid and reproductive hormones,” says Joshua U. Klein, MD assistant clinical professor of obstetrics, gynecology and reproductive medicine at Mount Sinai School of Medicine in New York City.

However, the concentrations of triclosan researchers are feeding lab animals are “several levels higher than what humans would be exposed to,” says Jessica Savage, MD, a physician with Brigham & Women’s Hospital and a researcher with the Harvard School of Public Health’s NIEHS Center for Environmental Health, where she is conducting research on possible connections between triclosan and allergies.

And these animals are actually injected with or fed the triclosan, while humans absorb small amounts through their skin or from brushing their teeth.

“We’re exposed to very little of this product,” Dr. Savage notes. “Especially when you’re brushing your teeth, you’re spitting [the toothpaste] out.”

The FDA says triclosan is not known to be hazardous to humans, and considers it safe in products—just not effective at killing germs any better than soap. “There’s some animal data but I don’t think there’s human data that suggests a causal relationship between triclosan and adverse health outcomes,” says Dr. Savage. Even though she studies triclosan and allergies, she hasn’t yet found a link. “I’m not near saying triclosan causes allergies,” she adds. “I think we need more good data.”

Dr. Klein doesn’t recommend avoiding triclosan in toothpaste. However couples “focused on fertility and trying to eliminate any possible negative exposure might consider choosing alternative products that do not contain triclosan until further convincing studies are completed in humans,” he says. People concerned about fertility should bear in mind that good oral hygiene may actually increase (or at least preserve) the odds of starting a family. “There are several studies linking reduced inflammation and good oral health to reproductive health so this is significant to fertility in particular,” says Dr. Klein.

Health.com: Best and Worst Foods for Your Teeth

For now, the evidence suggests that triclosan may be a bigger threat to the environment than to individuals.

“The issue with triclosan and triclocarban [a related chemical] is not so much that they present a direct threat to human health in concentrations that are found in toothpaste [and other consumer products],” says Robert Lawrence, MD, director of the Center for a Livable Future at the Johns Hopkins Bloomberg School of Public Health. “It’s their long-term accumulation in the environment and their impact on the ecosystem that is most alarming.” 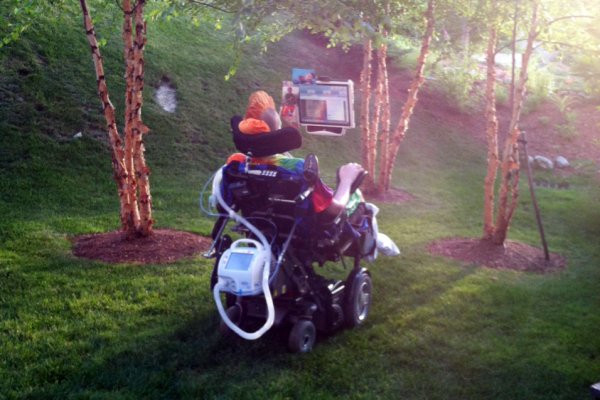 Living With ALS: 'I Can't Believe I'm Still Alive'
Next Up: Editor's Pick