VMAs 2014: What to Expect (When You're Expecting Beyoncé, Taylor Swift and More)

Much like Paul Revere riding his horse through town, we’re here to tell you: the VMAs are coming.

Yes, the show that brought the world Miley Cyrus twerking on Robin Thicke in a Beetlejuice costume, an abbreviated NSYNC reunion, and Lady Gaga dressed as SpongeBob SquareNun returns this Sunday, Aug. 24 at 9 p.m. ET, with scheduled performances by Taylor Swift, Nicki Minaj, Iggy Azalea and, of course, Beyoncé, who scored eight nominations. Hot on Queen Bey’s high-scoring heels are Eminem and newcomer Azalea, who racked up seven nods apiece.

Pretty Little Liars star and country singer Lucy Hale will be hosting the pre-show, but in keeping with tradition, the show itself will have no host, preferring the likable chaos of a steady stream of surprise guests and unlikely pairings. (What would you expect from a show that announced its nominees via Snapchat?) Non-surprise guest presenters include Lorde, Demi Lovato, Jason Derulo, Vampire Diaries star Nina Dobrev and cast members from Orange is the New Black.

You can check out a full list of the nominees here, but the real reason to watch the VMAs is to see if any twerking teddy bears appear to shock the children of A-list celebs and send people running to register complaints to the FCC (probably while shrieking, “The children! The children! Will no one think of the children?”).

Here’s the list of artists performing at this years VMAs:

With eight noms, plus a special crowning — the coveted Michael Jackson Video Vanguard Award, which puts her in such fine company as Justin Timberlake, Madonna and the Beastie Boys — don’t be surprised if Bey walks away with an armful of Moonmen.

The boy band is in the house to support their Artist to Watch nomination — and to give the tweens something to scream about that’s actually in their age demographic. Their song choice has yet to be announced, but a medley of their greatest hits seems likely.

It’s the first time the band, fronted by Sexiest-Man-Alive Adam Levine, have performed on the awards show. They will be performing their latest hit, “Maps.”

T. Swift will be debuting the first live performance of her new single, “Shake It Off.” Fingers crossed some genius will mash it up live with the award-nominated (!!!) DJ Snake and Lil John’s “Turn Down For What.” Shake it off for what, anyone?

The Artist to Watch nominee is slated to perform “Boom Clap,” her hit off The Fault in Our Stars soundtrack, which will likely appeal to the show’s teen demographic. No word whether she will team up with Iggy Azalea for their track “Fancy,” which is nominated for Best Pop Video.

Smith is slated to perform “Stay With Me,” but even he is probably slightly sick of the Best Male Video-nominated track at this point, so perhaps he’ll just take the stage to rant about how “Tinder is ruining romance.”

The My Everything singer will be performing her follow-up hit “Break Free,” but with Iggy Azalea in the house and multiple nominations on the table, a performance of “Problem” wouldn’t come as a surprise:

Minaj is the evening’s triple threat: She’ll be giving Miley Cyrus a run for her money in the racy department by performing her new track “Anaconda.” (No word on whether Drake will appear on stage with her as he did in the NSFW video.) She’ll also team up with Ariana Grande and Jessie J for a show-opening performance of their song “Bang Bang.”Additionally, she’s slated to perform with Usher on his track “She Came To Give It To You.” Will she even have time to throw shade at Iggy Azalea?

Fans of The X Factor know this girl group, who are quickly on the rise with their latest single “Boss.” Given that it’s their most popular tune to date, expect the quintet to perform the female-empowerment anthem.

Whether or not she ends up joining Ariana Grande for a rendition of “Problem,” Azalea is confirmed as a performer: she’ll be taking the stage with Rita Ora to perform their new single “Black Widow.”

MORE: 9 Under the Radar Artists You Should Be Listening to Right Now

MORE: Watch Taylor Swift Show Off Her Dance Moves in New ‘Shake It Off’ Video 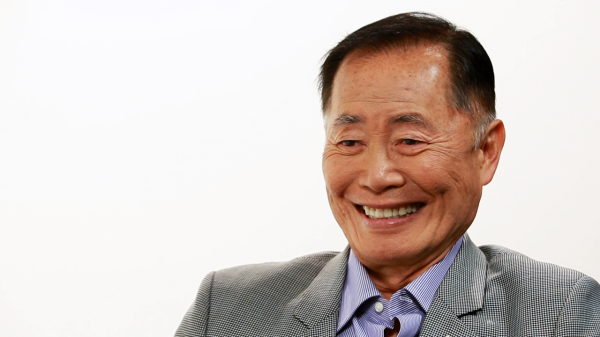 George Takei: 'Being Optimistic Is Ensuring Your Success'
Next Up: Editor's Pick