RECAP: Bachelor in Paradise Watch: Over the Rainbow and Like a Hurricane

Welcome back to Bachelor in Paradise, where the abs are tight and the morals are loose (except, of course, for Marquel who doesn’t kiss on the first date). In the wake of last week’s excitement, in which a production assistant wound up in the hospital in order to avoid being seen in public with one of the contestants, Ben stormed out because he had a girlfriend, and then Dylan warned Elise he would refuse her rose and then did, there’s no way this week can match the level of savoir WTF-ness, where even the producers have given up pretending that this show is anything but a two-hour disaster.

This week, the men decided who stays and who goes. They will undoubtedly make very smart choices.

Here’s what happened on Bachelor in Paradise:

New Blood: Danielle, who was dismissed from Juan Pablo’s series, arrives on the scene with date card in hand. She quickly decides that she wants to date Marquel, despite the fact that Michelle Money has already staked her claim and sprayed her pheromones all over him. Marquel happily accepts the offer and Michelle is very disappointed. Luckily, she already has a backup plan in beater tee and board shorts: Robert.

Danielle and Marquel: Danielle takes Marquel to a product-placed luxury hotel and Marquel moonwalks for joy. Then they strip down to their swimsuits because it seems increasingly clear that contestants are contractually obligated to wear swimsuits on camera on each date. Danielle confesses that she came on the show hoping to hang out with him. God apparently disapproved of their union, though, because he sent down a bolt of lightning down to smite them, missing by merely a few feet.

Elise and Chris: Elise is given her first one-on-one date card and she chooses Chris, because she apparently has a thing for men who look like Sam the Eagle drenched in Axe body spray who have no qualms about taking sloppy seconds at Rose Ceremonies. Elise says she wants Chris to be her “rainbow,” which probably makes sense in the Elise-iverse. Unfortunately, the actual universe has other plans: Chris twists his knee while walking and breathing simultaneously. He’s in pain, but he doesn’t mind because Elise has “a bangin’ body” and he doesn’t need to walk to appreciate the view. They are sent on an overnight date, because they will clearly make use of the facilities. Elise thinks Chris is “perfect,” but she also chose to wear 5-in. platform heels on cobblestone streets, so her entire thought process is suspect. The producers must agree, because every time she’s on camera they play the etude of insanity. Chris notes once again that his knee hurts, but Elise is hot and while he’s O.K. with listening instead of talking, he’s “ready to get down and dirty.” As they make out in the pool, Elise interviews that “Chris is a real gentleman.” Chris interviews that his knee hurts.

Double Date: Since the men have the power tonight, Michelle and Clare have to think about their future. Sisters do it for themselves by planning a romantic double date with Zack and Robert. It’s unclear who Zack is, but Robert is easy to identify by the fact that he’s never wearing a shirt. Michelle tells Robert that she’s not actually into Marquel, but “totally has a connection” with Robert. Robert smiles and nods. Later, AshLee pouts that she and Graham still haven’t gotten to go on a date. Lacy rolls her eyes, because she is enjoying sitting around the house getting to know Marcus, and AshLee just needs to chill. Houston, we have a problem, when Lacy becomes the voice of reason and restraint.

The New, New Addition: Everyone is sitting around the campfire telling horror stories (presumably from their season on The Bachelor and The Bachelorette) when suddenly, lurching out of the darkness, trudging through the sand in platform heels is Jackie, a piece of flotsam left on the side of the road during Sean’s journey to love. She has a date card, too, and is happy to hand it to Marquel. Much to Danielle’s chagrin, Marquel gleefully accepts.

Marquel and Jackie: Marquel announces that he and Jackie have “great chemistry” and despite the fact that he won’t kiss on the first date, he throws his morals out the window (he caved to peer pressure) and kisses Jackie on the top of some ruins. God didn’t toss down a thunderbolt, so he must approve.

And the Emmy for Editing Goes to: As AshLee talks about how she and Graham were “meant to be” and about their incredible connection, her monologue is perfectly spliced with Graham ranting about how he wants be dating other people and how AshLee wants him to meet her dad and they haven’t even gone on a date yet.

Clare and Zack: Clare is upset because it’s the 10-year anniversary of her father’s death and she misses her family. She cries in Zack’s arms, despite the fact that she doesn’t like to bring up her father’s death, because it makes people feel awkward. Then a turtle interrupts her tears and she squeals, “TURRRRTLLLLEE!” and realizes that it is more than a turtle and, in fact, is a sign from the universe to live fully. So she starts making out with Zack, whom she decides is “just like her dad.”

Chris and Elise, Part 2: Chris and Elise head straight from the Fantasy Suite to the hospital, where Chris ends up in a knee brace with a diagnosis of a sprained ACL, MCL and partially torn meniscus. Elise sees this as the “for worse” part of their relationship and enjoys the chance to show off her caretaking skills in “the real world.” She also takes a moment to declare, “This is my man forever.” Does Elise know that Fatal Attraction was not an aspirational movie?

Attempted Reason: Back on earth, Sarah gently points out to Elise that she was in love with Dylan just three days ago. Now she is head over heels for Chris, and maybe she isn’t tall enough to ride this emotional rollercoaster? Elise does not accept, and the producers cue up the wacky music again.

AshLee and Graham: During their date, Graham tells AshLee that he just wants to enjoy his first date with her without too much pressure to commit. AshLee does not really listen to what he’s saying and instead spends her time waxing on about how they could live together and have “hot babies.” (Is wanting “hot babies” a thing? Like, wow, your baby is hot.) At some point, AshLee says “Hashtag Embarrassing” without irony and Graham doesn’t roll his eyes, so maybe they are meant for each other.

Cocktail Party: There are four set couples: Elise and Chris, Lacy and Marcus, Zack and Clare, and AshLee and Graham. That leaves Robert and Marquel in play with Sarah, Danielle, Michelle and Jackie vying for their affection.

The Rose Ceremony: Marcus chooses Lacy. Zack picks Clare. Graham picks AshLee. Marquel chooses Jackie and Danielle looks devastated, but Marquel can’t argue with God’s will. Robert takes Sarah over Michelle, and Michelle starts crying. Chris chooses Elise, but won’t give her the rose because his knee has an owie. He asks her to come with him to a hospital in America instead. She says yes, and explains that she hoped and prayed on it and wants to leave paradise with him, because he “smells amazing” plus some other reasons. Then, Chris gives Michelle his rose, because “she deserves true love.” Michelle says it’s the sweetest thing and as long as she lives she will always remember it.

Farewell: Over a montage of memories that Chris and Elise made over the last (only) two days of their relationship, the two drive off into the sunset to live happily ever after (read: about three months, tops).

MORE: The Real-Life Alex From Orange Is the New Black Is Writing a Memoir 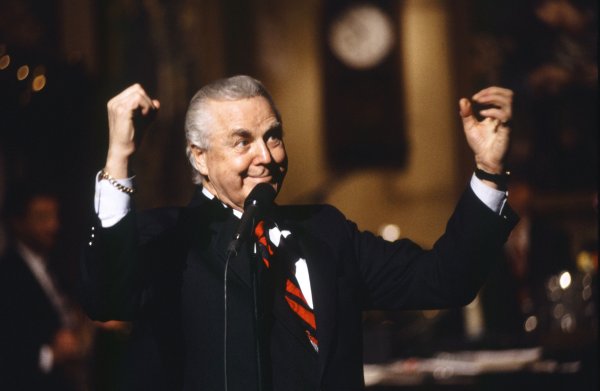