The 13 Best Cheese Shops in America

Cheese—in all its gooey, crumbly, farm-fresh, or cave-aged incarnations—is having a moment. Thanks to the restaurant trend of gourmet mac and cheese and the opening of at least one grilled cheese truck per town, even kids are learning to distinguish Emmentalers from Edams, Goudas from Gruyères. Historic or hip, America’s best cheese shops are as widely varied as the dairy products they peddle.

Leave it to an active town like Boulder to support a cheese shop owned by a professional cyclist: Will Frischkorn, who oversees Cured with his wife, Coral, rode in the Tour de France before going to culinary school. Although the Frischkorns are partial to American creameries, each summer they honor Will’s past life with a Tour-themed tasting series, featuring a regional cheese and a beer or wine from each leg of the race.

Cheesemonger’s Choice: Fruition Farms’ sheep’s-milk ricotta, from nearby Larkspur, which is available seasonally, while its flock is at pasture from spring to late fall, and is delivered still warm from the farm ($28/pound).

Atlanta is considered the capital of the New South, so it’s only right that its best gourmet market stocks the largest selection of southern cheeses in the U.S.—made in Georgia, Tennessee, the Carolinas, and beyond. Its Cheese & Crackers program lets members sample three regional offerings per month. Located in the Westside, Star Provisions is attached to fine-dining spot Bacchanalia and also includes a butcher, a bakery, and a seafood counter.

Cheesemonger’s Choice: Hunkadora, an ash-covered, farmstead chèvre round from North Carolina’s Prodigal Farm, where goats live in and around old school buses ($9).

Renowned for its rare selections, Formaggio Kitchen was opened in 1978 by Ihsan Gurdal, a former member of the Turkish Olympic volleyball team. In 1996, the store added America’s first man-made cheese cave, constructed in a subterranean office space to mimic the same cool, damp environment used to age cheeses throughout Europe.

Cheesemonger’s Choice: Ekiola Ardi Gasna, which takes its name from the Basque for a mountain hut—the sort that husband-and-wife owners Désiré and Kati Loyatho take turns sleeping in during the summer while their sheep graze in the high Pyrenees pastures ($31/pound).

Nicknamed America’s Dairyland, Wisconsin produces more than a quarter of the nation’s cheese. Fromagination (est. 2007) stocks a wide assortment from the state’s creameries, plus Madison-made items, such as crackers, charcuterie, preserves, and relishes—perfect ingredients for a picnic just across the street in Capitol Square.

Cheesemonger’s Choice: Martone, a mixed-milk cheese from LaClare Farms in the nearby town of Malone, which features a mild, buttery flavor imparted by cow’s milk and a tangy citrus note from goat’s milk ($19.99).

Richard and Danielle Sutton opened their Uptown shop in 2006, a year after Hurricane Katrina, when the city was still in its rebuilding phase. But it wasn’t the first time they took a major risk in the name of cheese: in 2002, they left their jobs and moved to London, where Richard became manager of the 200-year-old Paxton & Whitfield cheese shop. The store’s location in the St. James neighborhood inspired the name of their cheese company upon their return to the Big Easy. 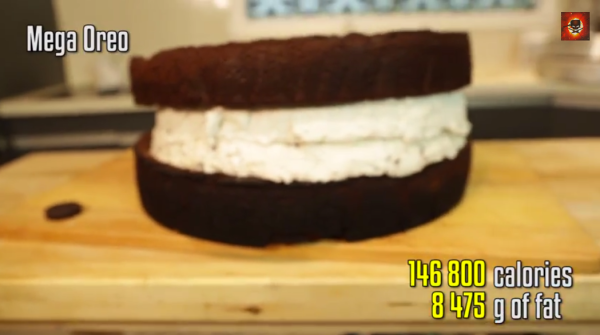 This Giant Oreo Has 8,475 Grams of Fat, But Go Ahead and Treat Yourself
Next Up: Editor's Pick