Starting today, the fast food chain is again selling the thin, breaded chicken strips served in a French fry-style box. They were originally launched back in 2005, and though they built up quite a cult following, Burger King discontinued them in 2012. Since then, die-hard chicken fry fans have taken to social media to urge the chain to bring the product back. Somebody even created a petition urging President Barack Obama to make this issue a national priority.

And now, Burger King has taken action. (It’s unclear if Obama had anything to do with this, but we’re going to assume he did not.)

For now, though, chicken fries will only be available for a limited time — for just 12 weeks or while supplies last, Bloomberg reports. So if you want to get your hands on some, you should probably act fast. 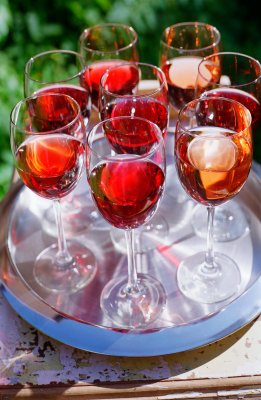 How Rosé Wine Is Actually Made
Next Up: Editor's Pick