National Security Agency surveillance in the U.S. has seriously hurt the ability of journalists to cover national security issues and of attorneys, particularly defense lawyers, to represent their clients, according to a new report out Monday.

Based on interviews in the United States with 46 journalists, 42 practicing attorneys, and five current or former senior government officials, the report seeks to document the tangible impact of NSA surveillance on Americans revealed by former NSA contractor Edward Snowden.

In particular, the report cites the degree to which the Obama administration’s tough crackdown on unauthorized leaks, in combination with revelations about the extent of government surveillance on Americans’ cell phones and online communications, has caused sources to vanish for national security reporters.

“Sources are worried that being connected to a journalists through some sort of electronic record will be seen as suspicious and that they will be punished as a result,” said study author Alex Sinha, a fellow at Human Rights Watch and the American Civil Liberties Union, which jointly issued the report. “As a result sources are less willing to talk to the press about anything, including unclassified matters that could be of significant public concern,” he said.

“I had a source whom I’ve known for years whom I wanted to talk to about a particular subject and this person said, ‘It’s not classified but I can’t talk about it because if they find out they’ll kill me,’ [figuratively speaking]” longtime National Security Correspondent for McClatchy Newspapers Jonathan Landay said for the report.

“It’s a terrible time to be covering government,” Tom Gjelten, a National Public Radio employee for more than 30 years, said. TIME was not listed among the news outlets from which reporters, many of whom chose to remain anonymous, were interviewed for the report.

Defense attorneys, who represent clients charged with a wide variety of offenses including terrorism, drug and financial crimes, among others, described how U.S. government surveillance has forced them to take extraordinary and often cumbersome measures to protect the privacy of sources and clients.

Such measures might include the use of complex encryption technologies, disposable “burner” cell phones, so called “air-gapped” computers, which are never connected to the internet as a precaution against hacking and surveillance, and in some cases abandoning electronic communications entirely.

“I’ll be damned if I have to start acting like a drug dealer in order to protect my client’s confidentiality,” said national security defense attorney Tom Durkin for the report.

“We are fearful that our communications with witnesses abroad are monitored [and] might put people in harm’s way,” said Jason Wright, who has represented terrorism clients as a military defense attorney before the Guantánamo commissions.

A report released earlier this month by The New America Foundation argues the NSA deliberately weakens cybersecurity, making online communications, study authors argue, less secure in general. The NSA has “minimization procedures” designed to limit the exposure of “US Persons”—Americans at home or abroad and others legally inside the United States—to the NSA’s wide-net surveillance programs. Privacy advocates contend they are insufficient and that, in any case, it’s impossible to verify their effectiveness because the details remain secret.

The Office of the Director of National Intelligence told TIME that, contrary to revealing a decrease in press freedom, the Snowden leaks are evidence that journalism in the United States remains robust and unencumbered.

The report comes just days before the expected unveiling in the Senate of the latest iteration of the USA Freedom Act, a bill to reform NSA surveillance practices. An earlier House version of the bill was significantly gutted of reform measures, leading privacy advocates to pull support for the bill and try instead to get more substantial reforms through the Senate. 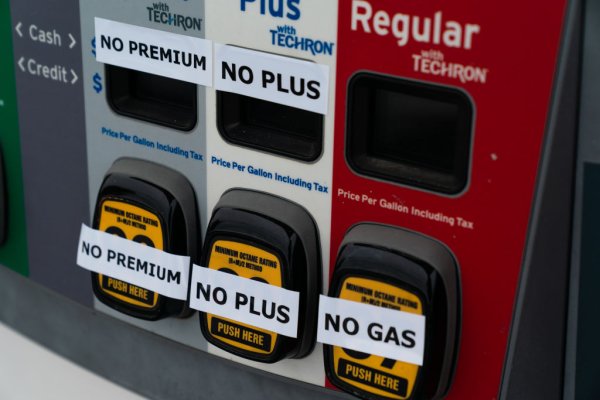