Mark Reitman
By Olivia B. Waxman

On Mondays and Tuesdays at Vienna Beef’s Chicago factory, Mark Reitman, 66, who has been called a Ph.D — “Professor of Hot Dogs” — teaches a $699 two-day course about the business of operating a hot dog stand — or as he calls it, “the art of the cart.”

Reitman has been serving hot dogs since he was eight years old and even did it part-time when he worked as an appliance salesman and taught middle school and high school before opening his own stand in 2003. After working at events in Wisconsin, he started Hog Dog University in 2006 and partnered with Vienna Beef in 2009. Now there are satellite campuses in Vernon, California, and Scottsdale, Arizona. Reitman says over 800 students have taken the class — 300 have opened restaurants nationwide and 500 have set up hot dog carts.

“When I first started this, my friends thought I was doing swan dives into empty pools, or they thought I had lobsters growing out of my ears,” he says. “But guess what? The joke’s on them!”

What’s the trick to cooking a hot dog properly?

Just put a pot of water on a stove, get it up to 165 degrees and drop the dog in there for 6-8 minutes. Simmer it, don’t boil it because that will cause it to split at the ends or crack, and you’ll bleed out the spices.

You can chargrill a dog, but don’t just throw the dog on there. You take it, score the dog, crosscut the ends, and they will begin to open up. Same goes for putting a hot dog on a stick and cooking it over a campfire. They’ll taste so much better than sticking them right into the fire, where they start getting large and explode.

Is there a right way to put on the toppings?

When you put the condiments on a hot dog, you never put them on the bun. And there is an order. A Chicago-style dog has seven condiments, starting with a thin line of mustard on top, then green relish, then diced onions. On one side of a poppyseed bun, you put two thinly-sliced tomato wedges, and on the other side, you put two sport peppers. Then throw on a cold pickle spear in the middle and a dash of celery salt.

New York-style uses a red onion sauce and sauerkraut, and for Carolina-style, run line of mustard on it, cover it with chili, throw on some chopped onions and finely shredded cheddar cheese or coleslaw. Those are the three main style dogs.

As you go further West, like in Seattle, they’ll dress their dog with cream cheese and put grilled onions on it.

How do you feel about ketchup on a hot dog?

I don’t become politically involved with the use of ketchup. It doesn’t belong on a Chicago-style hot dog because the tomatoes and relish already provide that sweetness. But if customers want ketchup on a hot dog, they can have it on a hot dog. That’s my philosophy on ketchup.

What do you think of veggie and meatless dogs?

I’m not a fan of them. Hot dogs are not health food, they’re comfort food. People have wanted me to cater parties with veggie dogs, and I don’t want to do it because I don’t want to develop a reputation for being the caterer of veggie dogs, okay? I do hot dogs that are all-beef. I’ve never had a veggie dog. And I won’t.

What do you think of the Nathan’s Famous Hot Dog Eating Contest and competitive hot dog eating in general?

It’s a popularity contest. Hot dogs taste so good when you have them in the right bun, downing them is something I could never do. But I don’t have any objection to it.

When did you serve your first hot dog?

In 1955 when I was eight years old. My father owned a soda fountain, and I would go in on Saturdays and Sundays and serve people ice cream and milkshakes. One Saturday when I went to work, he had a [new] machine, a big glass case with a wire rack in it. I cooked the hot dog, put it on the plate and gave out ketchup and mustard packets.

We lead our students to become private caterers with these little hot dog carts so they can do corporate and private parties where there’s a referral system that comes off of it. Right now with what’s going on with the economy, I really think [running a hot dog stand] is going to be an alternative for people who have lost their jobs or who want to do something for additional income.

What tips do you give your students for selling hot dogs?

I’ll have my students grill onions because the smell, when we get that wafting into the air, oh my God, it just brings people from blocks away to come and buy stuff. Even if we don’t put the onions on the hot dogs, we do that whenever it gets slow to attract customers to the cart.

One Halloween, my wife and I decided to hand out candy to kids. So every time a family came, we’d give bubble gum to the kids, and the parents would say, “What about me?” Basically hot dogs are kid food. You never grow up when you have a hot dog. 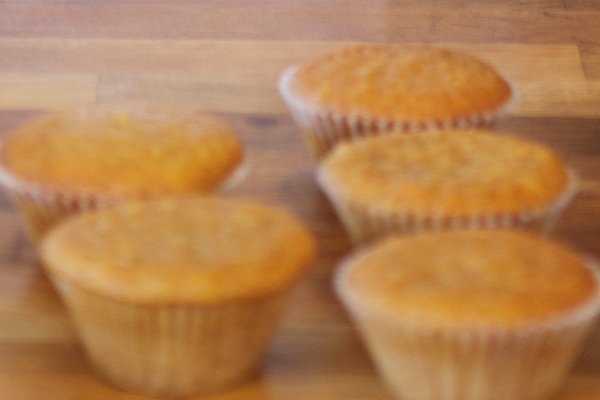 This Sweet Invention Dispenses Cake from a Can
Next Up: Editor's Pick