Cattle gather on a strip of dry land in low-lying areas of the Bolivian Amazon, after heavy rains from the El Nino weather phenomenon on Feb 22, 2007 in Beni, Bolivia. The rains affected 350,000 people, destroyed valuable agriculture and killed 23,000 cattle.
Martin Alipaz—EPA/Corbis
By Noah Rayman

The El Niño weather system is likely to begin by August, the top U.S. weather agency affirmed on Thursday.

The National Oceanic and Atmospheric Administration said there’s a 70 percent chance of an El Niño onset in the Northern Hemisphere this summer, and an 80 percent chance that it will occur by winter. The agency says the weather system is expected to peak at weak to moderate levels around late fall.

The latest report affirms earlier predictions of El Niño occurring this year. The system could lead to overall warmer temperatures across the globe next year, while also causing droughts in Australia and an heavy rainfall in South America and parts of East Asia. El Niño has also been associated with an uptick in hurricanes in the Eastern Pacific. 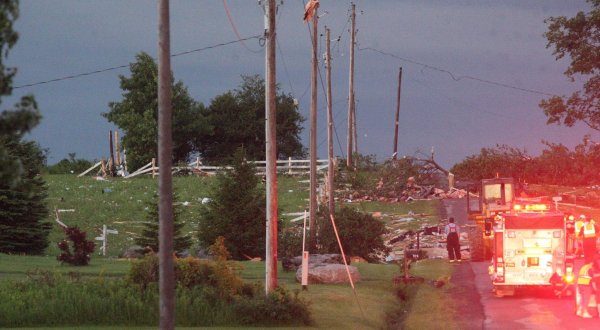 Storms Kill 4 in New York State and Child at Maryland Camp
Next Up: Editor's Pick