Robin Thicke’s new album Paula just dropped, but the verdict’s already in — and regardless of the album’s actual merits, the consensus says creepy.

Paula is, not coincidentally, also the name of Thicke’s estranged wife, Paula Patton. When the couple separated earlier this year, they said it was a mutual decision and offered no public explanation of why, but rumors flew; if his public plea at the June 29 BET Awards and his video for the single “Get Her Back” — which relies on what appear to be their text message exchanges — are any indication, it’s clear he wants to rekindle things. Though she hasn’t said anything publicly, popular opinion says that his overt play for her affections was a miscalculation: rather than sweet, listeners are finding him disconcerting.

His video for “Get Her Back” has been called “creepy, desperate” by Entertainment Weekly. Bustle put together a list of “11 creepy things that are still less creepy than Robin Thicke’s album Paula.” Slate’s Amanda Hess examined the culture behind his creepiness, and Jessica Valenti at the Guardian dubbed him a “creepy crooner.”

But it is possible to try to win back an ex without getting seeming creepy, says Dr. Sheri Meyers, a marriage and family therapist who’s written books, like Chatting or Cheating, that address rebuilding relationships. “He’s got lots of fans, he’s very popular; one would expect people would go, Awww, poor Robin,” she says. “What’s the difference between awww and ewww? [It’s that] using public sympathy feels manipulative.”

It’s important, she says, to respect the other’s persons privacy, something she feels that Thicke isn’t necessarily keeping in mind. It’s not that music about real relationships is inherently problematic — Meyers acknowledges that writing someone a song and sending it privately would be more likely to seem sweet than strange — or that an artist shouldn’t use self-examination for creative material. But if the material that comes out of self-examination is for public consumption, she advises keeping the direct references (the other person’s name, for example) out of it.

“It’s that he’s doing it so publicly when it’s private. It almost feels like it’s narcissism,” she says. “It doesn’t feel like it’s for her. It’s really all about him. That’s what turns most people off.”

The analogy she draws to non-pop-star life is about post-break-up social media. Though fictional characters and celebrities have long had the opportunity to make grand public gestures, social media allows the rest of us to be tempted to indulge the same impulse. “It’s really a bad idea to use social media to negatively post to get sympathy. That’s such a big no-no and a lot of people are doing that now, because they’re gathering so much energy and attention,” she says. “Never, ever, ever, ever do that. To do posts on Facebook that are about love or lovingness or how wonderful it is to be in love isn’t a bad thing, but you cannot hound your ex. You can’t tag your ex. You can’t keep texting your ex.”

Which gets to another thing she counsels her own clients about: when to give up. You have to stop “when your partner says no, when your partner moves on, when your partner doesn’t want to talk to you”; the text messages from the “Get Her Back” video, whether real or imagined, are in direct defiance of that rule. It’s that undertone, a persistence that seems to go too far, that’s lent much of the creepiness factor to Thicke’s pursuit of Patton. (Valenti’s Guardian piece explains the problem with this dynamic well.) Meyers adds that focusing on fixing your own problems means you’ll be ready for your ex to change his or her mind, or for someone new to come along; fixating on the person who left even after overtures have been rejected is, she says, behavior more accurately described as addiction than as love.

Though it remains to be seen what will happen with Thicke and Patton — and whether the rest of the world will hear about it, perhaps in a new song — Meyers does think that the reaction to Paula is worth watching.

“There could be a lesson in this,” she says. “Unfortunately, the lesson is: don’t do this.” 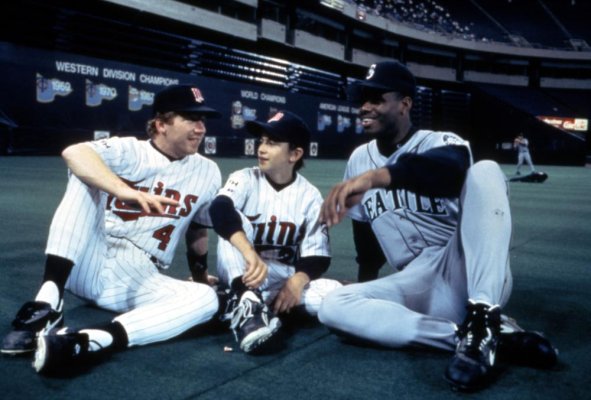 Little Big League: The Most Underrated Baseball Movie of All Time
Next Up: Editor's Pick