When’s the last time you stopped to appreciate all the good stuff your blood does for you? Without it, oxygen would never reach your cells and carbon dioxide would be filling your blood vessels as we speak.

Every two seconds, someone in the United States needs blood and more than 41,000 blood donations are needed every day, according to the American Red Cross. So while you may never worry about having enough blood to function, plenty of others aren’t as fortunate. World Blood Donor Day may have passed on June 14, but there’s still more reason than ever to get out and donate.

Health.com:11 Ways to Boost Your Energy With Food

While giving blood should be all about helping those in need, there are a few things in it for you. Here are four health perks to becoming a blood donor:

Your blood may flow better

“If blood has a high viscosity, or resistance to flow, it will flow like molasses,” says Phillip DeChristopher, M.D., Ph.D., director of the Loyola University Health System blood bank. Repeated blood donations may help the blood flow in a way that’s less damaging to the lining of the blood vessels and could result in fewer arterial blockages. That may explain why the American Journal of Epidemiology found that blood donors are 88% less likely to suffer a heart attack.

It’s not clear if there are lasting health benefits associated with better blood flow. (These kinds of studies can’t prove cause and effect—for example, blood donors might lead healthier lifestyles than the general population.) “What is clear is that blood donors seem to not be hospitalized so often and if they are, they have shorter lengths of stay,” Dr. DeChristopher says. “And they’re less likely to get heart attacks, strokes, and cancers.”

You’ll get a mini check-up

Before you give blood, you’ll first have to complete a quick physical that measures your temperature, pulse, blood pressure, and hemoglobin levels. After your blood is collected, it’s sent off to a lab where it will undergo 13 different tests for infectious diseases, like HIV and West Nile virus. If anything comes back positive, you’ll be notified immediately.

“If year after year your tests come back negative, then you’ll know for sure there’s nothing you’ve been exposed to,” Dr. DeChristopher says. The physical and blood tests are no reason to skip your annual doctor visit, but they’re good for peace of mind. But you should never donate blood if you suspect you might actually be sick or have been exposed to HIV or another virus.

Health.com:20 Things You Need to Know About HIV

Your iron levels will stay balanced

Healthy adults usually have about 5 grams of iron in their bodies, mostly in red blood cells but also in bone marrow. When you donate a unit of blood, you lose about a quarter of a gram of iron, which gets replenished from the food you eat in the weeks after donation, Dr. DeChristopher says. This regulation of iron levels is a good thing, because having too much iron could be bad news for your blood vessels.

“The statistics appear to show that decreasing the amount of iron in otherwise healthy people over the long run is beneficial to their blood vessels, and diseases related to abnormalities in blood vessels, such as heart attack and stroke,” he says.

Still, data from The Centers for Disease Control and Prevention says that nearly 10% of women in the U.S. suffer from anemia, a condition where your body lacks red blood cells or hemoglobin (most commonly due to an iron deficiency). In that case, it’s best not to give blood until the anemia is resolved, he says.

Health.com:15 Signs You May Have an Iron Deficiency

Women who haven’t hit menopause yet may find it hard to donate blood, too. “Pre-menopausal females can be somewhat iron depleted with blood counts just under the lower limit,” Dr. DeChristopher says. If you have low iron and you still want to be a donor, taking an oral iron supplement may help you re-qualify, he says.

You could live longer

Doing good for others is one way to live a longer life. A study in Health Psychology found that people who volunteered for altruistic reasons had a significantly reduced risk of mortality four years later than those who volunteered for themselves alone. While the health benefits of donating blood are nice, don’t forget who you’re really helping: A single donation can save the lives of up to three people, according to the Red Cross. “The need for blood is always there,” Dr. DeChristopher says. “It’s important to recognize how important willing donors are.” 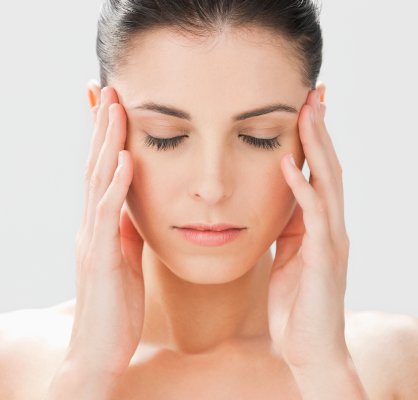