But fans of protagonist Cormoran Strike are finding that such is not always the case. At Amazon’s shopping page for the hardcover of The Silkworm, observant shoppers will notice that while they can save $2.80 off the list price, the title “usually ships within 1 to 2 months.” The Silkworm is published by Mulholland Books, an imprint of Little, Brown and Company, which is a division of Hachette, the publishing company that is still feuding with Amazon over the terms of a contract for e-book sales. For weeks, the dispute has involved the retailer putting Hachette titles on backorder. The idea is that Hachette will suffer for losing sales through Amazon, but the move may also be a win for other booksellers: When it comes to highly desirable titles like Silkworm, fans are motivated enough to seek out the book elsewhere. As the New York Times has noted, Walmart has promoted the title heavily and independent bookstores are advertising special deals on it.

But, while bookstores are hoping to benefit from Thursday’s big release, they’re not exactly gloating about Amazon’s recent moves.

Wednesday’s announcement that the forthcoming Amazon Fire Phone will be available in July came with the news that the device would come with a “Firefly” button, a feature that allows users to scan real-world items and then purchase them immediately via Amazon. It’s a device that has booksellers on edge, worried that the tech will encourage the practice known as showrooming: using a brick-and-mortar shop to do your browsing and a cheaper online retailer for actual purchases. Book business newsletter Shelf Awareness highlighted just such a reaction from Los Angeles’ Skylight Books:

Amazon's phone allows our store to now be their storefront. :(
"point the phone at anything and buy it on the spot." http://t.co/nFZUkkgga1

Except, of course, if that “anything” is The Silkworm and its compatriots.

UPDATED JUNE 20, 2014: On the second day of The Silkworm‘s availability, Amazon’s new shipping alert on the title had been changed to “In stock but may require an extra 1-2 days to process.” 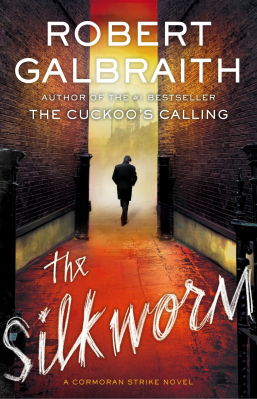 The Silkworm—J.K. Rowling Has the Magic Touch With Serial Books
Next Up: Editor's Pick