The Powerpuff Girls Are Coming Back to TV

Sugar, spice, and everything nice are getting an update.

Cartoon Network is bringing back a rebooted version of The Powerpuff Girls in 2016, the network’s chief content officer Rob Sorcher announced at the 2014 Licensing Expo in Las Vegas on Monday. The beloved TV series, created by Craig McCracken, originally ran from 1998 to 2005. Cartoon Network aired a 10th anniversary special in 2009 and produced a TV movie in early 2014 that featured Ringo Starr.

“The original Powerpuff Girls was a franchise phenomenon for Cartoon Network, paving the way for a new generation of innovative storytellers and enthusiastic fans worldwide,” Sorcher said in a statement. “We are calling these girls back into action based upon an overwhelming demand for sugar, spice and Chemical X.”

The show is still one of Cartoon Network’s top-grossing brands to date, with more than $2.5 billion in retail sales.

This update comes as the latest in a growing trend of revived children’s entertainment. Earlier this month, Disney announced an animated series spin-off of The Lion King, and Netflix recently ordered a reboot of The Magic Schoolbus.

But the return of The Powerpuff Girls also shows that producers are continuing to bank on female-driven cartoons turning profits. 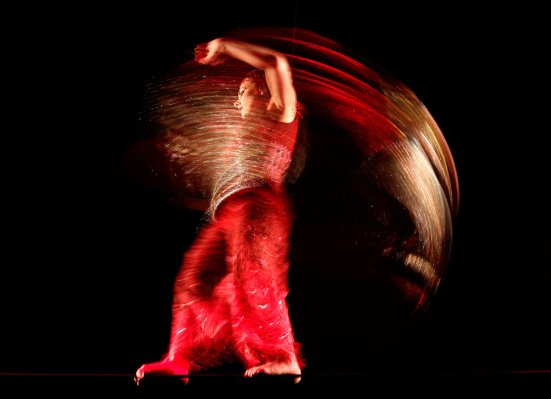 Cirque du Soleil's Best Photos for its 30th Birthday
Next Up: Editor's Pick