Good news, ’90s nostalgists: The New York Times reports that Netflix is ordering a reboot of The Magic School Bus.

Called The Magic School Bus 360°, the new series will be a reboot of the popular ’90s children’s cartoon from Scholastic Media that originally from 1994 until 1997. The show — which was based on the science education book series of the same name — featured a group of children and their teacher, Ms. Frizzle (voiced by Lily Tomlin), who go on magical school field trips to places like outer space or inside the human digestive system.

Apparently the original series is still a fan favorite on Netflix. “[T]he old version, is remarkably popular on Netflix,” the company’s chief content officer, Ted Sarandos, told the Times, adding that the program was their top educational show. “It teaches science in a way that transcends generations.”

With 26 half-hour episodes available for worldwide streaming sometime in 2016, the new series will use CGI animation. Other new features will include an updated Ms. Frizzle, an updated bus and modern scientific tools, such as robots. No word yet on who will sing the new theme tune — Little Richard performed the original — but our expectations are high. 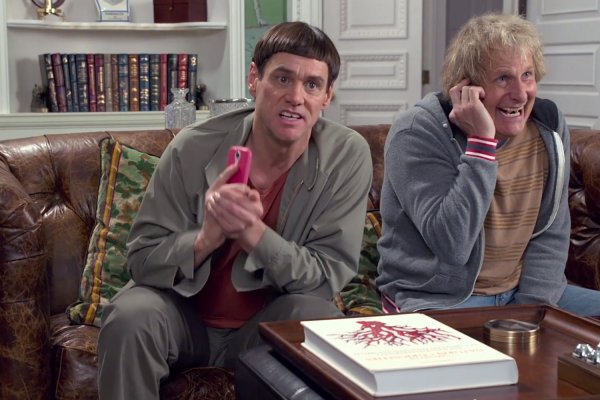 WATCH: The Just-Released Trailer for Dumb and Dumber To
Next Up: Editor's Pick