A Brief History of Father's Day (and Why I'm Against It)

I’m just going to come out and say that Father’s Day makes me a little uncomfortable. Ambivalent. Always did as a kid: “Sweet! A new opportunity to disappoint as a son!” And it still sits uneasy now that I’m a dad. What’s the big deal? I had kids. So too, statistically speaking, do most grownups at some point.

I never know what I’m supposed to do. Spend more time with my girls? I’d love to, thanks. After all, time is in short supply as we grind unswervingly back into the eternal dust from which we came. Hey, thanks for the tie.

Or, as with some dudes I know, should I use it as an opportunity to spend the day away from my kids? As if to commemorate the day by doing the exact opposite of what it’s all about. Like singing “God Save the Queen” on the Fourth of July.

Certainly the concept of fatherhood is a powerful — albeit loaded — one. The very word conjures every mythological titan from George Washington to Heathcliff Huxtable; from Darth Vader to God. We all, in one form or another, have daddy issues.

Given the conflicting range of emotions Daddy Dearest can sometimes evoke, it’s little wonder that spending on Father’s Day gifts is significantly lower than on Mom’s Day swag. The National Retail Foundation reports that just 64% of consumers plan to spring for a card for Dad. Compare that to 81% who said that they’d gotten one for Mom.

That’s not to say that brands aren’t actively trying to get you to part with your cash this Father’s Day (something that the Collective Dad, in His fiduciary wisdom, would no doubt frown upon). This week Dove launched a feel-good campaign celebrating all the things real dads do. This is ostensibly to remind us that dads are more than just the two-dimensional buffoons we see on TV and in the movies. It tugged at the heart strings, just a bit.

It is also part of a Unilever mission to sell soap products. Unilever, which owns Dove, also owns Axe body spray, which has taken a different marketing route with hypersexualized and arguably misogynistic marketing. Are we to believe Axe Bros grow up into Dove Daddies? What’s the deodorant for the midlife crisis set?

Fact is, Father’s Day was derided as a Hallmark holiday from almost before there was a Hallmark. One of the earlier groups to lobby actively for its creation was the National Council for the Promotion of Father’s Day — which was organized in 1938 by the Associated Men’s Wear Retailers in New York City. The holiday was finally signed into law in 1972 by Richard Nixon, who it turns out was a pretty good dad.

Bah, humbug, I know. Look. I love being a dad. It is the best thing I’ve done in my life to date and it will probably be the best thing I ever do. But most of us are simply genetically hard wired for this stuff. So how about some more progressive paternity leave laws, instead?

I decided to ask my favorite interview subjects what they thought: my daughters. I asked my 9-year-old what the difference is between moms and dads.

She also wanted to know why kids don’t have their own day. I told her that they do. It’s called summer.

I asked her younger sister, who just so happens to be turning six on Father’s Day this year, what the holiday means to her.

That, as much as anything, is what might turn me into a believer. 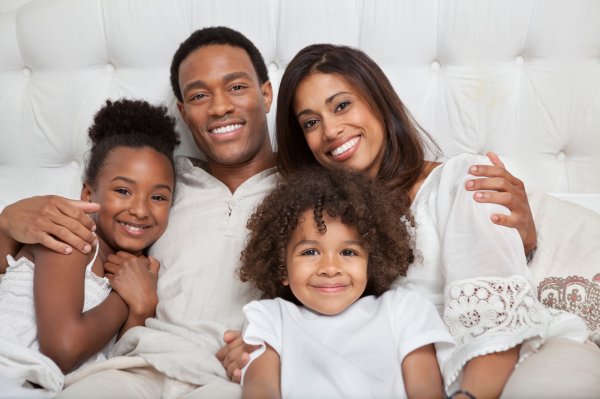 Having a Second Baby Makes Moms Less Happy Than Dads
Next Up: Editor's Pick