How to Avoid LeBron James-Style Cramps This Summer

LeBron James reacts after cramping up during Game One of the 2014 NBA Finals on June 5, 2014 in San Antonio, Texas.
Andy Lyons—Getty Images
By Abby Abrams

Miami Heat star LeBron James got overheated when the air conditioner broke down during game 1 of the NBA Finals Thursday—but hot weather doesn’t have to get you down this summer.

As on-court temperatures surpassed 90 degrees, James got leg cramps so bad he had to be carried off the court. After the Heat lost—with him on the bench—he said he had plenty of fluids during halftime and changed his uniform to get sweat off his body.

“I got all the fluids I need to get, I do my normal routine I’ve done and it was inevitable for me tonight,” he said. “I lost all the fluids that I was putting in in the last couple of days out there on the floor.”

One of the most common causes of muscle cramps is overexertion in hot environments. When doing physical activity, the body loses fluids through sweat, so it requires more fluids to keep it going. James was the only one who had to leave the game for cramps, and sports physician William J. Long noted the superstar’s history of cramps, speculating he might be more susceptible to the problem.

“When he gets dehydrated, he gets cramped,” Long, a specialist in knee and hip reconstruction, told TIME.

Another factor that may have contributed to the athlete’s cramps is the environment itself, Long said.

Long said many people may experience the problem of not being properly acclimatized to different environments, especially in the summer when they go from air-conditioned buildings to hot outdoor temperatures. To prevent dehydration and cramps, Long said the No. 1 thing you can do is know your body. People should allow time for their bodies to adjust to new environments, alter their behavior patterns in the summer, and be aware of the warning signs like an unusually pale complexion and severely increased heart rate and breathing. 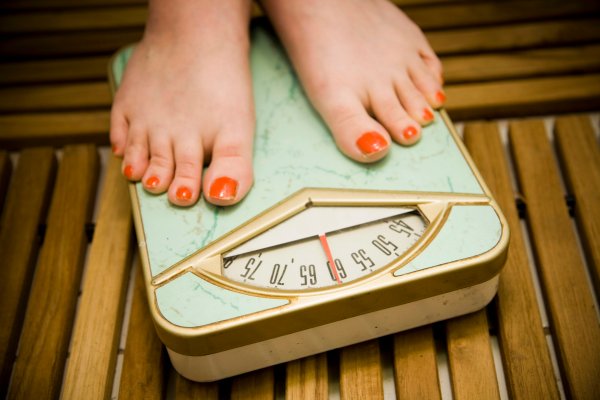 CDC Study Finds American Teens Are Out of Shape
Next Up: Editor's Pick