After Drake trolled his fans at the behest of Jimmy Kimmel, Jimmy Fallon sent Lewis out on the streets of New York City to ask Macklemore & Ryan Lewis fans what they think about Ryan Lewis. While Drake wore a wig and glasses when he prowled the sidewalks for unsuspecting fans, Lewis just dressed like himself and walked up to people. He even held up a photo of himself standing next to Macklemore and asked fans to point out Ryan Lewis in the picture and, still, no one recognized him. It’s also pretty clear that no one has any idea what Lewis does in the band.

The prank gets especially entertaining — and cringe inducing — when people finally figure out who it is they are talking to. Needless to say they won’t forget what Lewis looks like anytime soon. 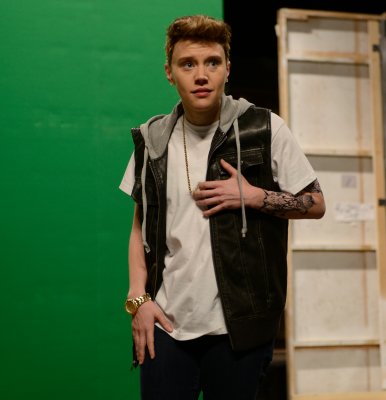 SNL's Kate McKinnon Shares the Secret to a Flawless Justin Bieber Impression
Next Up: Editor's Pick