Everyone’s heard of medication that can improve your sex life (hello, Viagra!), but some drugs can actually quash it. If you’re feeling less than interested in having sex, the culprit might be in your medicine cabinet.   If you suspect your low libido might be related to your medication, talk to your doctor. (Don’t just stop taking a potential lifesaver.) He or she will probably be able to suggest an alternative. “Communication is key,” says Raymond Hobbs, MD, a senior staff physician in the department of internal medicine at Henry Ford Hospital in Detroit.

Depression is a well known libido killer, but so are some antidepressants. Prozac, Zoloft, and other selective serotonin reuptake inhibitors (SSRIs) improve mood by raising serotonin. Unfortunately, that can also lower libido, says Irwin Goldstein, MD, director of sexual medicine at Alvarado Hospital in San Diego.   You have options. Wellbutrin and Viibryd are two SSRIs that don’t have this side effect. Or try exercise. A recent study suggests that women taking antidepressants who do cardio and strength training before sex may see improvements in the bedroom.

Since the SSRIs came out in the 1990s, tricyclic antidepressants such as Elavil aren’t used as often. But some doctors do still prescribe them to treat not only depression, but also nerve pain such as that associated with shingles. But these, too, can decrease libido.   If you have a problem, try switching drugs or playing with the dose (after talking to your doctor, of course). “A lot of times you just want to use the lowest dose that accomplishes what you want,” says Dr. Hobbs. “Start low and go slow.”

Oral contraceptives can lower levels of sex hormones, including testosterone, and therefore may also affect libido.  Non-hormonal contraceptives, such as an IUD, are good alternatives, says Dr. Goldstein. Less popular are condoms and diaphragms. Or you can try one of the many other birth control pills available.  Bear in mind that the pill can also increase your sex drive. “I’ve seen it go both ways,” says Dr. Hobbs. “Taking the pill is very effective and [women who are] more confident in their birth control device… find that their sexuality improves.”

Proscar is used to treat benign prostatic hyperplasia or BPH, better known as an enlarged prostate. It’s a problem most men will encounter as they age. The active ingredient in the drug is finasteride, which prevents testosterone from converting into its active form. Lower testosterone can mean a lower libido.   An alternative treatment for BPH is a procedure known as a transurethral resection of the prostate. This widely performed one-hour operation involves slipping a tube up the urethra and removing a portion of the prostate. That could take care of the prostate problems and the need for medication.

Health.com: 10 Reasons You’re Not Having Sex

This drug is basically the same as Proscar, but it’s used at lower doses to prevent hair loss in men. “It’s the same chemical [finasteride] designed with a new dosing regimen,” says Dr. Goldstein. This means that younger men without prostate problems may also see decreased libido (about 2% of men reported sexual side effects in clinical trials). And there have been reports that the effects can last even after discontinuing the drug, says Dr. Goldstein.   There are alternative hair-loss treatments, such as Rogaine, that don’t have sexual side effects.

Over-the-counter antihistamines, especially diphendyramine (Benadryl) and chlorpheniramine (Chlor-Trimeton), may alleviate your allergies, but temporarily affect your love life. The solution here could be as simple as carefully timing when you take the drug. “Many of these drugs do not last 24 hours and certainly their side effects don’t,” says Allison Dering-Anderson, Pharm.D., a clinical assistant professor of pharmacy practice at the University of Nebraska Medical Center in Omaha. “Antihistamines should be cleared in eight hours in younger and healthier patients.”   Keep in mind that antihistamines are also found in many combination cough-and-cold medicines so read the label. You may be taking antihistamines and lowering your libido without knowing it.

Marijuana is only approved for medical purposes in 20 states, but regardless of where or why it’s used, pot can have “a significant negative impact both on libido and on ability to perform,” says Dering-Anderson.

If you’re in a place that hasn’t legalized marijuana, obviously you shouldn’t be using it. If you are using marijuana legally and having sex drive problems, talk with a healthcare provider about alternatives for pain and nausea, two common reasons people use marijuana-the-drug.

Health.com: The Secret to Hotter Sex

Tegretol can be a game changer for people who have seizures and even for some with bipolar disorder. But the price can be reduced sexual desire. Tegretol and other drugs like it work by preventing impulses from traveling along the nerve cells, but therein lies the problem. An orgasm is similar to a seizure—in both, sensory input triggers a body response—says Dr. Goldstein, so medications that dampen nerve impulses can also reduce pleasurable sensations. In short, the things that used to stimulate you just may not do it for you any more.

If an anti-seizure drug is affecting your libido, ask your doctor about an alternative medication. “That’s not the only drug out there,” says Dr. Hobbs.

Opioid medications can be a blessing in terms of pain relief, but a curse in terms of addiction and sex drive. Studies have shown that opioids such as Vicodin, OxyContin, and Percocet, can lower testosterone, which can affect your libido.

Testosterone therapy—perhaps in the form of a gel—may help men taking opioids for pain who have libido problems, one study found.

Tens of millions of Americans use beta blockers such as propranolol and metoprolol with great benefit to their hearts, but not necessarily their sex lives. In rare cases, even eye drops containing the beta blocker Timolol (used to treat glaucoma) can decrease libido, says Dering-Anderson.

But there are many beta blockers on the market. They all lower blood pressure, but in different ways. Talk to your doctor to find one that works for all of you.

There have been some reports that anti-anxiety drugs like Xanax can lower your sex drive.

But the underlying anxiety could be the real problem. “Benzodiazepines are used for severe anxiety and many times [people with severe anxiety] aren’t so interested in having sex,” says Dr. Hobbs.

In that case, the medication might calm your anxiety enough to actually enjoy sex, says Dering-Anderson. 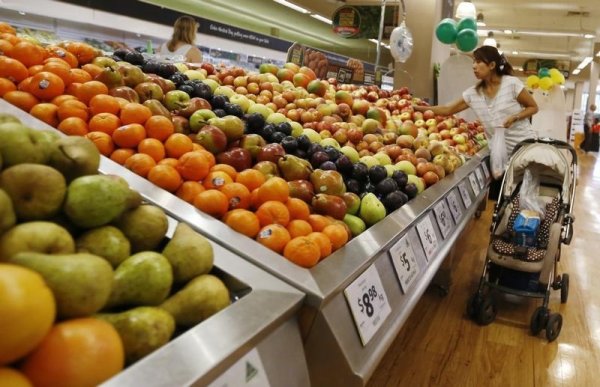 How Laziness Can Make You Healthy
Next Up: Editor's Pick