Think Your Local Tourism Slogan Is a Stupid Waste of Money? You're Not Alone

To pump up tourism and attraction conventions, cities and states regularly roll out new logos, slogans, and marketing campaigns. Locals tend to view the efforts largely as nonsense or worse, a colossal waste of taxpayer dollars.

The Indiana Office of Tourism Development, which in February unveiled a new slogan for state tourism marketing, has already felt compelled to go public with a defense of the motto. “Honest to Goodness Indiana” will be replacing the previous slogan, “Restart Your Engines,” which was itself introduced in 2006. Responding to criticism that the new “slogan doesn’t have anything to do with travel or tourism and reinforces stereotypes of Indiana residents as unsophisticated bumpkins,” as the Associated Press summed up, tourism officials say that the slogan is good for branding, especially in light of the larger campaign that’s planned.

“The initial reaction that it’s too ‘Mayberry’ or whatnot, that can be tamped down when put in context with the whole branding campaign,” a tourism development spokesperson explained to the Indianapolis Star.

Last summer in Colorado, meanwhile, locals were taking aim at the state’s branding efforts via a newly launched slogan (“It’s Our Nature”) and logo, a green triangle with a mountain peak icon and the letters CO. “It looks like something my students could have put together in five minutes,” Darrin Duber-Smith, a marketing consultant and professor at Metropolitan State University of Denver, said to the Denver Post. “It reminds me of a haz-mat symbol, or something you’d find on a construction hard hat. It’s a very weak and non-creative effort.”

Philadelphia has a new slogan too: “PHL: Here for the Making,” which was introduced last month and will be the focus of a three-year marketing campaign.

And yeah, some Philadelphians aren’t fans—including folks who are in the business of promoting the city as a destination. “People don’t understand what it means,” Meryl Levitz, the head of VisitPhiladelphia, said of the new slogan, per the Philadelphia Inquirer.

Adding to the confusion—and arguably, adding to the idea that such marketing efforts are a waste of time and money—the Inquirer’s article explains that Levitz’s organization is one of two marketing agencies whose job it is to make Philadelphia attractive to outsiders. In addition to VisitPhiladelphia, a tourist-focused agency that is sticking with its own signature slogan (“With Love, Philadelphia, xoxo”), there is the Philadelphia Convention and Visitors Bureau (PHLCVB), which concentrates more on wooing conventions, and which is responsible for the new “Here for the Making” slogan. Each organization has its own website, staff, and high-paid chief executive (over $400K in Levitz’s case).

Naturally, these organizations argue that their campaigns are effective and necessary in order to achieve their goals. “There is no way the Convention and Visitors Bureau would be able to get the resources for a full-fledged tourist campaign and zoom leisure the way we have,” Levitz told the Inquirer, defending VisitPhiladelphia’s marketing efforts, as well as its existence as a separate entity from the CVB. Still, while agencies can and do point to rising visitor numbers or hotel room booking data as proof of their worth, it’s difficult to connect the dots and conclude that a slogan or broader advertising campaign is directly responsible in any way for a destination becoming trendy among tourists and conventioneers.

An Indianapolis Star story exploring the relative worth of Indiana’s new slogan cited the insights of Roger Brooks, a Renton, Wash., tourism and community development expert, who says that people don’t decide to go somewhere just because of a slogan. “Do you go to Disneyland or Disney World because their slogan is ‘The Happiest Place on Earth?’ Of course not,” says Brooks. “We go there because of our perception of it.”

(MORE: This Broke Country Is Basically Giving Away Free Villages)

The question is: to what extent does “The Happiest Place on Earth,” “Honest to Goodness,” “Here for the Making,” or any other slogan affect one’s perception of the destination?

A study published in the Journal of Advertising and Promotion Research indicates that at least in terms of Facebook and online engagement, the impact of slogans is mixed. “The overall results of the study indicate slogans have significant impact on the image of a destination and its Facebook tourism site,” the study states in its conclusion. “They also influence the potential tourist’s intention to visit the destination as well as its Facebook site. Slogans, however, do not make a significant difference in building awareness or attitudes, concerning either the destination or its site.”

An AdAge story on slogans for destinations as well as corporate brands argued that the best all-time slogans generally aren’t short two- or three-word phrases, which, ultimately, don’t mean much and are rarely memorable. A vague short slogan like “Honest to Goodness,” then, would seem to be pretty weak. Instead, the case is made that the best slogans tend to be a little longer, so that they can pack in some emotion and personality, and so they’re just plain easier to remember. Among tourism slogans, Sin City’s “What happens in Vegas, stays in Vegas” and Reno’s “The biggest little city in the world” are highlighted among the all-time greats.

On the other hand, there has been no shortage of misguided “what were they thinking?” tourism slogans that have surfaced over the years. Some critics have taken slogans like “SayWA” (Washington) and “It Will Never Leave You” (Panama) to task. The Telegraph (UK) did a roundup of the world’s most dubious tourist slogans, which included Panama’s and one from Colombia: “The only risk is wanting to stay,” a backhanded reminder of the country’s reputation for risk and danger, including its status as a hot spot for kidnappings.

(MORE: Drink Up! Later Last Call Coming to a Bar New You?)

Slogans come and go. Some will resonate and be successful, while the vast majority will be forgettable or worse, loathed. The current debate about Philadelphia’s new slogan harkens back to the late ’90s, when the city’s freshly rolled-out tourism motto (“The Place That Loves You Back”) was widely bashed. “It’s marginally better than: ‘Philadelphia: The Place that Bombs Your Roof’,” observed Advertising Age’s Bob Garfield, per an Inquirer column at the time. “But, to me, it’s not the kind of thing that’s going to get people to change their summer plans.” 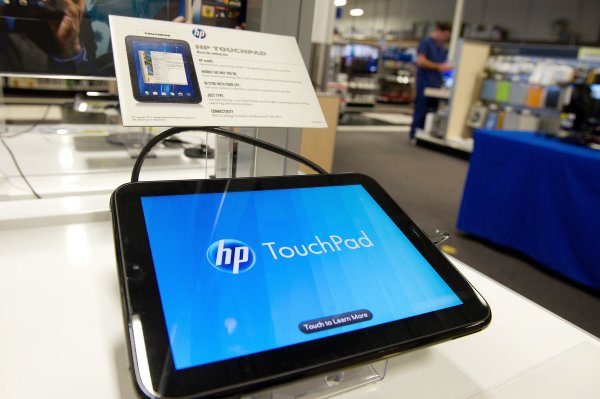 The 10 Worst Product Fails of All Time
Next Up: Editor's Pick