When Margot McCormack opened her eponymous restaurant in 2001, East Nashville was hardly a place for fashionable dining. “On our first birthday,” she says, “we were here all by ourselves, in the glow of the gas station light.”

But over time, her local, sustainable, farm-to-table cooking—“all those catchphrases,” she says—earned her restaurant a reputation as Nashville’s answer to Chez Panisse, the famed Berkeley dining destination.

The comparison is a welcome one for McCormack, who has a vintage Panisse poster in her own restaurant, and who was long ago inspired by Alice Waters’s cookbook Pizza, Pasta, Calzone. “It is really the book that gave me the idea that I could be a chef, because prior to that I had only known of men in that role.”

Now McCormack says, people compare the two because there still aren’t “that many women to identify other women to… She’s not a big competitor. She’s more of a nurturer, and that’s kind of how I am. I don’t really seek out the spotlight. You know, we’re just here doing our thing.”

Her local riff on country French cooking has proved popular in Nashville. On Friday, McCormack was preparing for a school fundraiser dinner where she planned to serve her own take on nachos: freshly fried potato chips topped with duck confit, pickled apple, sliced red onion and a brie cream sauce.

McCormack’s technique, influenced by years working in New York helped usher a new era for food in the country music capital. Several of her former sous chefs have gone on to open successful restaurants of their own at City House and Two Ten Jack, and Nashville’s tables have gotten considerably more crowded over the last decade.

Besides the crowds and the higher rents, the newfound glory of Nashville’s food scene has brought branding woes for McCormack. “The language that people use to describe Nashville and the inner states has become like a little mini-Atlanta vocabulary, and I’m like, Oh gosh, I don’t wanna be Atlanta! Because I like the whole small-town vibe of things.”

Besides the adventurous, forward-thinking new wave of chefs, Nashville is a naturally rich region for agriculture.

“It’s like this little mini-Hudson Valley, Sonoma thing going on,” McCormack says, “where we have a lot of really small famers who are getting in the game and want us to recognize them and support them, and that’s happening.” McCormack also serves as the chair of the board of the Nashville Farmer’s Market.

Once a lonely city for a chef, McCormack now has plenty of company: “When we get a Whole Foods, it’s a wave through Nashville; and then we get a restaurant like Husk which is already in another place like South Carolina; or someone like Jonathan Waxman wants to bring a restaurant in from New York—it just is like a tip of the hat,” she says. “It’s a nod to Nashville.” 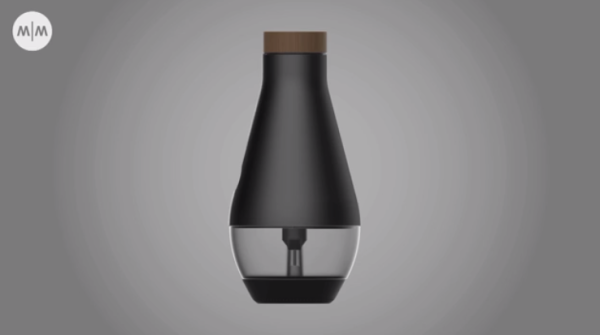 This Miraculous Machine Lets You Turn Water Into Wine
Next Up: Editor's Pick