The One Thing Business Schools Need to Start Teaching

If you ask 20 random grads to explain why they went to business school, a large majority will list networking as one of the top reasons. Makes sense, too, since the connections one makes in b-school can be useful down the road in finding jobs and excelling at them. Which is why it’s all the more curious that if you comb through the course curriculum of 20 random business schools, you’d be hard-pressed to turn up more than a handful that actually teach their students how to network.

I was prompted to try both experiments recently after reading an article by David Kahn, chief revenue honcho at the Wall Street Journal Office Network, bemoaning the fact that most businesses do a poor job teaching their employees how to network, especially those workers who are not directly connected to obvious revenue-generation functions. As Kahn writes:

This is a serious oversight, Kahn explains:

For the very same reasons, most business schools should be taken to task for their inability or unwillingness to recognize the importance that networking will assume in the professional lives of their graduates. “At all levels of higher education, graduate and undergraduate, most schools do an incredibly poor job of teaching networking skills in any formal or practical way,” says Ivan Misner, author of several books on the subject. “It’s extraordinarily rare.”

But by any name—”networking,” “relationship capital,” “social capital”—the sum and substance of one’s connections and networks has value far beyond job searches. They are integral to all sorts of organizational priorities—not only sales, but also recruiting, lobbying and various types of “sourcing,” from partnerships to acquisition targets to industry experts.

A few business schools take networking seriously—most notably the University of Michigan’s Stephen M. Ross School, where management professor Wayne Baker has established himself as one of the gurus of the subject. (“There’s a lot of untapped potential in companies,” Baker contends.) And a growing number of his academic peers have started to research social networks from a variety of angles. But most b-schools and pretty much all undergraduate institutions ignore networking as a discipline entirely or give it passing attention in modules embedded in broader leadership or management sections.

Why? For two primary reasons. First, the idea of trading on one’s personal relationships for professional gain continues to strike some academics as unseemly. (LinkedIn, Relationship Science and Facebook be damned!) “Networking still has something of a bad reputation to some,” Baker says.

Second, even those who understand and value relationship capital’s role in commerce often think of it as a collections of so-called soft skills, with which some small percentage of fortunate folks were born and the rest of humankind can only admire. But while there’s truth in the first notion, the second is just plain wrong. Networking, Bakers says, “is a learnable skill.”

Which means it can be taught. As Kahn writes,

They are also the building blocks of engaging, practical and valuable course syllabi. Let’s hope more schools—at all levels of higher education—start teaching from them. 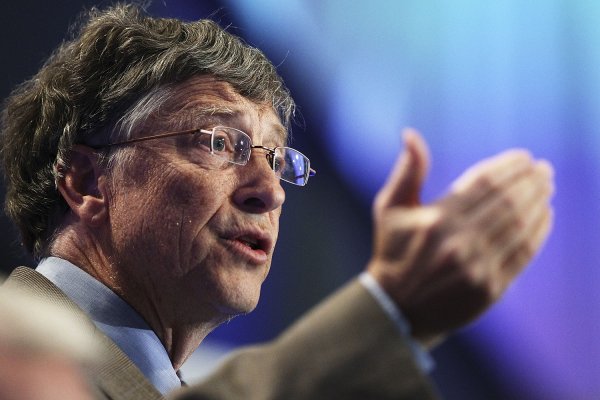 Bill Gates Is The Richest Man in the World (Again)
Next Up: Editor's Pick