Courtesy of Zingerman's
By Food and Wine

After three decades of growth, Zingerman’s is a full-on mini empire, rather than a single destination. (The chef at Zingerman’s Roadhouse restaurant even won a James Beard award in 2011.) But the heart of the operation remains the downtown deli, epitomized by a glorious selection of sandwiches and Jewish comfort foods.

The famous 2nd Avenue Deli has actually been located on 33rd Street since 2007. What remains, though, is a steadfast commitment to kosher cuisine. The classics are all here, and as good as they’ve ever been, but it’s worth noting that you can also get a sandwich called the Instant Heart Attack, with meat sandwiched between two potato pancakes—essentially the Jewish version of the KFC Double Down. (Big spenders can upgrade to the $45 Triple Bypass, which adds a third layer of gustatory indulgence.)

The brunch crowds arrive early at this Upper West Side Jewish appetizing monument. Grab a copy of the Times and join them. Expertly sliced cuts of Nova salmon work as well in the classic scramble with eggs and onions as they do topping a perfect bagel with cream cheese.

MORE: Best Burgers in the U.S.

Every mention of Katz’s is legally required to include a reference to Meg Ryan’s famous When Harry Met Sally… scene (and, indeed, the Lower East Side institution has a sign hanging above the seat where Ryan sat). Yet the real draw here is the fresh-cut pastrami, for which people have been lining up for generations. Get your sandwich (on rye, of course), and as many different kinds of pickles as you can convince the counter guy to give you. Real die-hards wash it all down with a can of Dr. Brown’s Cel-Ray soda.

What began in 2010 when owners Evan Bloom and Leo Beckerman invited friends over for deli dinners has quickly grown to three locations that traffic as much in traditional nosh (chopped liver, matzo ball soup) as they do in modern comfort food (like a bialy with lox, served with cream cheese that’s been spiked with Sierra Nevada beer).

The house philosophy at this upstart deli could be summed up as “tradition, updated.” Latke Benedict—this is the Pacific Northwest: get it with salmon—anchors the breakfast menu. The burger is house-ground chuck and brisket. And a vegetarian Reuben features smoked mushrooms in place of corned beef.

MORE: 7 Things You Definitely Did Not Know About Red Velvet Cake 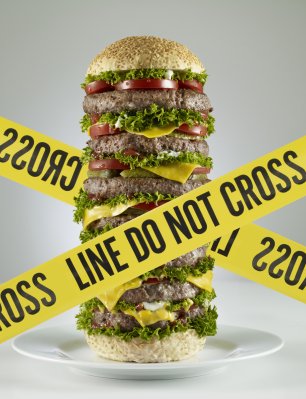 Food That Needs a Warning Label Isn't Actually Food
Next Up: Editor's Pick