The Kepler telescope has just been resurrected by NASA, nearly a year after it was declared effectively dead, having lost its ability to orient itself with sufficient precision to do it’s job. That’s very big news if you’re interested in, well, the entire galaxy—and here’s why.

The mission of the Kepler probe, which was launched in 2009, was to hunt for planets circling distant stars, a job it does by looking for tiny dips in the stars’ light, which would suggest that something was briefly getting between the telescope and the star. That something—depending on how regular and cyclical the dip in light was—could turn out to be an orbiting planet. Kepler has been wildly successful at its work: in February, it added 715 new planets to its list, bringing its grand total to 962 (the new ones came from data that hadn’t yet been analyzed when Kepler went dark). But with only two working reaction wheels—the devices that make super-accurate pointing possible—the probe just wasn’t steady enough to do the job.

As happens more often than people appreciate, however, NASA scientists came up with an ingenious workaround, so the agency is ponying up two more years’ worth of funding to put the spacecraft back to work. In Kepler’s second life (or its re-animation as a zombie, if you like that idea better), the satellite will use radiation pressure from the Sun to keep it from wobbling. Here’s what we said when the idea was proposed to NASA earlier this year:

Kepler will also be able to pick up exploding stars in distant galaxies, which could help solve the mystery of dark energy, and search for potential killer asteroids as well. And it will keep searching for planets, although it’s now limited to the brightest and closest stars.

Part of the Kepler story has always been the long, arduous road NASA scientists William Borucki trod to get the spaceship off the ground: he came up with the idea in the mid-1980s, and his proposed mission was rejected either four or five times by NASA, depending on how you count, before it was finally approved. Even if the spacecraft fell out of the sky tomorrow, it would be still considered an unalloyed triumph. Now that it’s back in action, expect plenty more discoveries from the telescope that came back from the dead. 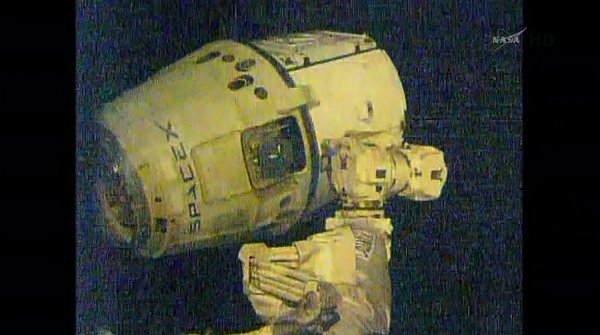 SpaceX Dragon Capsule Returns to Earth
Next Up: Editor's Pick