How Uncle Sam Is Helping to Feed the Honeybees

When I wrote a cover story last August about the plight of the honeybees, I didn’t think I’d still be talking about it half a year later. Yet this afternoon I went down to Washington to address a meeting of the National Garden Club—and the topic, of course, was honeybees. I wish I’d had better news to offer. Scientists still don’t know exactly why rates of honeybee loss have been so high in recent years, though there has been some promising research identifying new viruses. Beekeepers are still under tremendous economic pressure to keep their hives going in the face of colony collapse disorder (CCD). And the country, as I wrote last year, is still inhospitable to honeybees, lacking the wild spaces and flowers that feed them.

But on that last bit, at least, there’s some good news. This week the U.S. Department of Agriculture announced a $3 million program to provide assistance to farmers and ranchers in the Midwest interested in helping out honeybees by planting bee-friendly forage in and around their plots. That includes reseeding pastures with alfalfa, clover and other plants that are good for bees—and for livestock as well. Ranchers will also be able to draw on the money to build fences and make other changes that allow them to move their livestock from pasture to pasture, to prevent the vegetation from getting worn down. The idea is to turn the farms back into a buffet for honeybees.

The states covered will be Michigan, Minnesota, Wisconsin, and both North and South Dakota, chosen because 65% of the country’s estimated 30,000 commercial beekeepers store their hives there for at least part of the year. (Commercial beekeepers are an itinerant lot, moving their colonies from state to state as they chase pollination contracts.) Commodity crop farmers will be able to use the money to plant bee forage along the borders of their fields—vital, given that the spread of monocultures and soybeans offer very little nutrition for bees on their own. Such higher quality food will help honeybees battle the toxic mix of pesticides and parasites that have been wearing down their populations, as the USDA’s David Epstein told the AP:

A $3 million outlay by itself won’t be enough to stop the onslaught of colony collapse disorder. But like the growth in rooftop and backyard beekeeping—even in crowded cities like Los Angeles and New York—it will help. 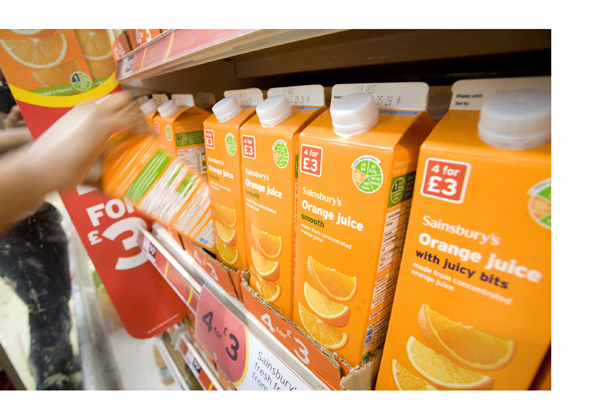