This overall drop in beer sales is yet another challenge many of the once most popular U.S. brands have to overcome as they continue to lose market share. According to data provided by Beer Marketer’s Insights, American sales of nine major brands, including the once top-selling Budweiser, declined by more than 25% over the past five years. Michelob Light’s U.S. sales declined by nearly 70%. The following are the nine beers Americans no longer drink.

According to Eric Shepard, executive editor at Beer Marketer’s Insights, major brewers point to the lingering effects of the recession as the reason beer sales are down. While this is clearly the case, it is likely just one of the causes.

Wine and spirits have done much better, especially as they added flavored brands. “The [beer] brewers have dabbled in that, and have had some success with, for example, Redd’s Apple Ale, but nowhere near the success that flavored vodkas and flavored whiskeys have had,” Shepard said. Flavored and craft beers have performed extremely well in a sector that is otherwise on the downswing.

This is also true for specialty beers with creative labels and slightly higher alcohol content, an attempt to appeal to the segment that is increasingly attracted to wines and liquors. Bud Platinum, which has higher alcohol content than major beer brands, sold 1.8 million cases when it was introduced in 2012, becoming the 19th best-selling mainstream beer in the country last year.

While this trend has hurt the beers that declined the most between 2007 and 2012, most of these brands have been losing ground for much longer than past five years. “The history of beer brands in the U.S. has generally been — and there are exceptions — once they start to decline, it’s very, very difficult to reverse it,” said Shepard. Breweries like Michelob and Old Milwaukee have been falling out of favor for decades.

24/7 Wall St. identified the nine beers Americans no longer drink based on Beer Marketer’s Insights top beer brands with at least 600,000 barrels in sales in either 2007 or 2012, and with sales declines of 30% or more over the same period. According to Shepard, sales of less than 600,000 barrels can result in less reliable data. Amstel Light, which was identified as one of the beer brands with the biggest drops in our analysis last year, was not considered this year because it had less than 600,000 barrels in sales both years. We also excluded flavored malt beverages and craft beers brands from the analysis.

These are the nine beers Americans no longer drink.

The Michelob Light franchise “is a sinking brand at this point. There’s still a bunch of Michelobs, and Ultra is growing,” Shepard said. But the Michelob brand as a whole, he explained, “appears to be a sinking ship.” Introduced in 1978 by Anheuser Busch and styled after a European lager, Michelob Light has struggled recently more than any other top beer brand. Shipments declined by nearly 70% between 2007 and 2012, falling from more than 1,000,000 barrels to just 350,000.

Bud Select was introduced in 2005. The beer has slightly fewer calories than Bud Lite, which has 110 calories, and is marketed as a “light beer for people who love beer.” The brand has not sold well since its introduction, with a 1 million barrel decline in sales between 2007 and 2012, or about 62%. According to Shepard, “Budweiser tried a lot of different things to fix the ‘Bud’ brand. Bud Select was one of them. It didn’t work.”

Milwaukee’s Best was first brewed in 1895 by the Gettelman Brewing Company. In 1961, the small brewery was acquired by Miller, which introduced Milwaukee’s Best nationally in 1984. MillerCoors has marketed the brand as affordable beer “brewed for a man’s taste.” No MillerCoors brand suffered more than Milwaukee’s Best between 2007 and 2012. Over that time, annual sales fell by 915,000 barrels. According to Shepard, over the past few years, sub-premium brewers raised their prices slightly in hopes of getting drinkers to switch to higher levels of beer. Competition for Milwaukee’s Best drinkers became more fierce as a result. Shepard added that before this happened, the brand had already been “fading anyway.”

Owned by MillerCoors brewing company and introduced nationally in 1986, MGD is counterintuitively a bottled beer. Since it is not heat pasteurized — the process most bottled beers undergo — the brand is marketed as “the fresh taste of draft beer in a bottle.” Between 2007 and 2012, Miller Genuine Draft sales fell by more than 1.7 million barrels, the fourth largest decline out of all high-selling non-craft beer brands. U.S. market share fell from 1.5% to 0.7% in that time.

Old Milwaukee, which is currently owned by Pabst Blue Ribbon brewing company, has been brewed since 1849. The brand, including its light variety, won a number of gold medals awarded by the Great American Beer Festival. In 2011, on his own initiative, comedian and actor Will Ferrell starred in a number of Old Milwaukee commercials free of charge. However, gold medals and marketing boosts did little to improve the brand’s downward trend. Old Milwaukee sold 470,000 less barrels of beer in 2012 than it did in 2007, more than a 50% decline in sales. 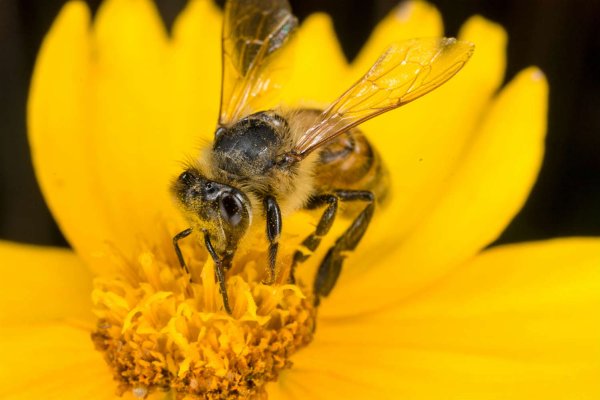 How Uncle Sam Is Helping to Feed the Honeybees
Next Up: Editor's Pick