There’s quite a bit that we still don’t know about e-cigarettes when it comes to how safe they are — if they cause lung cancer like traditional cigarettes do, whether they are as addictive as cigarettes, and more. That’s reflected by the fact that fewer smokers believe that e-cigs are safer for their health than traditional cigarettes; in 2010, 85% did, but that percentage dropped to 65% in 2013, according to a study published in the American Journal of Preventive Medicine.

But for bacteria, e-cigs may not be so bad. Dr. Laura Crotty Alexander, from the University of California at San Diego and the VA San Diego Healthcare System, found that the vapor from e-cigs prompts bacteria to become more resistant to antibiotics. In the presence of e-cig vapor, for example, methicillin resistant staphylococcus aureus (MRSA) became more resistant to the natural anti-microbial agents that the body makes. Cigarette smoke also produces the same effect, but Crotty Alexander was surprised that the e-cig vapors did as well, given that they were not supposed to contain the health-harming carcinogens that tobacco smoke does.

MORE: The FDA Plans to Ban E-Cigarette Sales to Minors

“I was hoping that maybe e-cigarettes would be safer and that they would not stress the bacteria as much as cigarette smoke,” she says of her findings, which she presented at the American Thoracic Society International Conference. “But we found that the e-cig vapor also made bugs become more resistant to killing by antimicrobial peptides.”

Other studies show that these peptides, known as the body’s natural antibiotics, are structurally similar to antibiotic drugs, so while Crotty Alexander did not test bacteria exposed to e-cig vapor against antibiotics, she expects they would be resistant to the medications as well.

How did the bugs fight back? When stressed by the e-cig vapors to defend themselves, the bacteria produced copious amounts of biofilm, a sticky, slimy polymer that acts as their armor against things like antibiotics.

But the vapors may be doing much more than disturbing the bacteria. Earlier studies showed that traditional cigarette smoke, with its tar and tobacco-burning byproducts, can also weaken the ability of the body’s immune cells to defend against the insult, making it harder to fight off infections. Crotty Alexander is starting to analyze human cells to see if e-cig vapors have the same effect. She’s narrowing down which components of e-cigs contribute to the antibiotic resistance – some e-juices are made with propylene glycol, while others contain a vegetable-based glycol, and not all contain nicotine.

So far, it looks like the nicotine may be driving the MRSA biofilms, but Crotty Alexander is doing more research to determine how e-cigs are affecting human immune cells. As the survey of smokers shows, however, they may already know the answer. 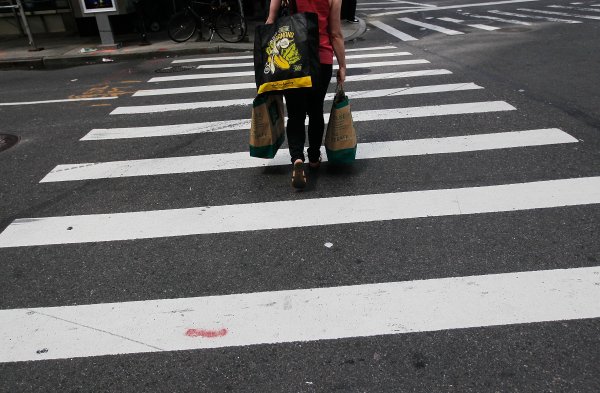 Pedestrians Die The Most Where You'd Least Expect
Next Up: Editor's Pick