Vaping may not be the benign drug-delivery system some have thought. E-cigarettes are touted by some to help people curb smokers’ conventional cigarette habit, but new research suggests e-cigs can still produce carcinogens.

E-cigarettes are considered healthier than conventional cigarettes, since smokers are inhaling vaporized nicotine instead of carcinogen-filled smoke. But soon to be published research shows that some popular e-cigarettes can get so hot that they produce some of the same carcinogens as traditional cigarettes. The study looked at higher-voltage e-cigarettes—referred to as “tank-style”—which are heated with larger batteries compared to smaller disposable brands. The new study, which will be published in the journal Nicotine and Tobacco Research, found that tank e-cigarettes can produce the carcinogen formaldehyde when the liquid nicotine is heated at high temperatures, which users can inhale. “This finding suggests that in certain conditions, [e-cigarettes] might expose their users to the same or even higher levels of carcinogenic formaldehyde as tobacco smoke,” the Roswell study says, according to the New York Times.

In April, the U.S. Food and Drug Administration (FDA) announced that it extended its regulatory jurisdiction over more tobacco products, including electronic cigarettes. The agency said it plans to crack down on e-cigarettes by proposing a ban of their sale to people under 18 and by requiring health warnings on packaging.

The trouble with e-cigarettes is that their risks and benefits are still unknown. It remains uncertain whether they help people quit, or if they’re servings as a gateway to regular cigarettes for young people. According to data from the National Youth Tobacco Survey, the percentage of middle school and high school students who have tried e-cigarettes doubled from 3.3% in 2011 to 6.8% in 2012. There are also questions over whether liquid nicotine is dangerous when put in the wrong hands, given that some tobacco control agencies have seen an uptick in poisonings.

There’s an overall lack of research on e-cigs, but researchers are beginning to fill that hole, and lately, the findings haven’t looked good for e-cigarettes. 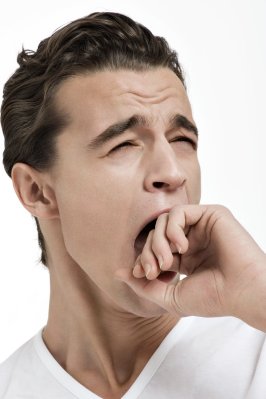 Secret to Yawning May Be Full of Hot Air
Next Up: Editor's Pick