7 Ways Frozen Has Taken Over Your Life

The Oscar-winning movie came out almost seven months ago, and yet Frozen seems to have frozen time because everyone is still talking about it. Disney posted record earnings last week thanks to the ongoing Frozen obsession: it’s second quarter net profit is up 27 percent. It’s made $1.19 billion at the box office worldwide…so far.

But Frozen is more than a movie. It’s a lifestyle. And it’s not just kids and parents who are steeped in Frozen lore: adults too are getting in on the action by styling themselves after Elsa and rocking out to the soundtrack.

Here’s how the cartoon has taken over all our lives:

1. Toy shopping has become a nightmare

So many people are trying to buy Frozen toys, that the Disney Store has had to put limits on the number of purchases fans can make. Customers are limited to only two items per order (both in the store and online). And popular toys like stuffed animals and dolls are only available on Saturday mornings when the store opens.

The Disney store has been sold out of Frozen costumes for so long, that they announced at the beginning of this month that now that they finally have more merchandise in, they will be holding a lottery to determine purchases.

For parents who don’t feel like gambling, they can always pay $1,750 on eBay for a doll that retails at $30.

2. Frozen is showing up on TV shows

3. You’re styling your hair after a cartoon

How to make Elsa’s braid YouTube videos have millions—MILLIONS—of hits on YouTube. The look is so popular that even Emma Stone decided to copy it for the Met Gala (and she looked great doing it).

5. The Frozen songs are the only thing you listen to

Admit it: you’ve been listening to “Do You Want to Build a Snowman?” on loop at your office for months. The official Disney YouTube clip of “Let It Go” has 226 million views. The soundtrack has claimed the prize as the longest-running No. 1 soundtrack from an animated movie ever and held the top spot of the Billboard 200 for 13 consecutive weeks. It was finally bumped on May 13 by Now 50.

And if you’ve gotten sick of the actual soundtrack, you can always watch Marines singing “Let It Go” or listen to a club remix. Or watch an overly-talented 11-year-old sing it:

6. Disney vacations now have only one mission

7. You’re trying to use Frozen to teach kids and adults about feminism

One of the heartwarming things about Frozen is that Disney decided to ditch its traditional romance narrative (well, sort of ditch it) in favor of female empowerment and sisterhood. It actually passes the Bechdel Test—a tool that measures if two female characters speak to one another in a movie about something other than a man. And it proves that girl power films like Frozen and The Hunger Games can be as big at the box office as superhero movies. Great message for kids, right?

Maybe not. Adults have been spilling a lot of ink debating whether Frozen is really as empowering as everyone initially thought. See think pieces here, here, here, here and here. Plus a video to boot: 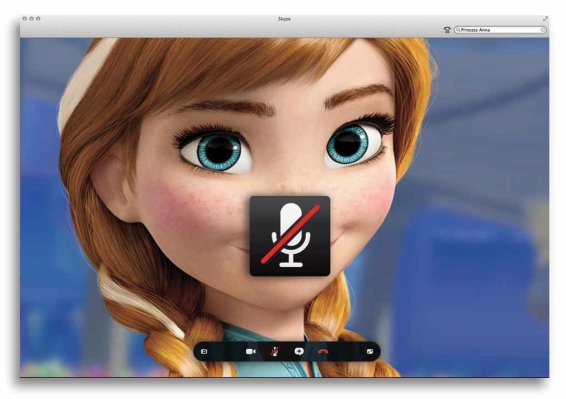