Milk-Off! The Real Skinny on Soy, Almond, and Rice

Got milk? Not anymore. In the latest sign that milk is losing the marketing battle to dairy alternatives, the industry announced this week that it would trade in its 20-year-old white-mustachioed ad campaign for a more competitive spin on the dietary staple.

Milk consumption per capita has been on steady march downward, dropping 25% from 1975 to 2012, according to the U.S. Department of Agriculture. Meanwhile, the mainstreaming of plant-based dairy alternatives like soy, almond, and rice milk has averaged annual sales growth of 10.9% since 1999 in the U.S., according to market research firm Euromonitor. The non-dairy category has also surged to more than $1 billion in annual retail sales in the U.S.

For the most part, alternatives like soymilk and almond milk are much lower in calcium and vitamin D, but these products make up for it by adding the nutrients later. So how is traditional milk trying to maintain an edge before it’s edged out of the market? Long touted as a source of calcium, the new tagline, “Milk Life,” plays up the beverage as a fount of protein and energy. Much like a recent campaign to transform chocolate milk into an energy booster for elite athletes, a new “Milk Life” commercial likens the dairy drink to an energy one: a woman chasing her child, a rigorous game of basketball, and a garage band of teens all propelled by a fluid stream of dairy.

It’s a legitimate claim. “Having a dairy product after weight training helps you break down muscle fibers, which is what helps you get stronger,” says Duke University’s Diet & Fitness Center director Elisabetta Politi. “In the process of recovering and strengthening, the protein in dairy products can be more beneficial than a sports drink that would only replace carbohydrates.”

More recently, plant-based milks have been perceived as healthier alternatives to dairy, but that’s not always the case, warns nutrition expert Dr. David Katz. The non-dairy milk product category was created to accommodate people who are lactose intolerant or have vegan dietary restrictions—approximately 60% and 2% of Americans, respectively—not because they are nutritionally equivalent or better.

“Just because something is called milk does not mean it’s nutritious,” Katz says. “The devil is in the detail.” Katz, the director of the Yale-Griffin Prevention Research Center, emphasizes it’s important to be careful about sugars or salt additives, and to check labels to ensure nutrients like calcium and vitamins have also been added.

Before you trade in your dairy, here’s a look at how the milk of our childhood measures up against its grown-up varieties.

Cow’s Milk
Traditional milk has garnered a lot of controversy over whether it leads to a leaner and healthier lifestyle. Conventional milk is an excellent source of protein, bone-strengthening calcium, as well as vitamins D and K. The National Academy of Sciences recommends that people aged 19 to 50 should digest 1,000 milligrams of calcium per day, or drink around one to two glasses per day, but it’s still unclear how much calcium we should be consuming. As the Harvard School of Public Health Nutrition Source reported, too much milk could mean too much saturated fat and retinol (vitamin A), which can sometimes end up weakening bones.

When it comes to reduced-fat and fat-free versus whole milk, low fat may mean fewer calories but that may not mean lower calorie intake. Studies have shown that fat is more satiating and may help control appetite. But Katz advises to find sources of fat that could benefit your health, such as olive oil, avocados, fish, nuts, and olives.

Bottom line: If you’re going to skip cow’s milk, make sure you find a good source of calcium elsewhere in your diet, including leafy green vegetables, tofu, baked beans, or supplements that include vitamin D. More importantly, Katz and Politi agree that reduced-fat, organic milk, which is untreated with hormones and antibiotics, is your best bet.

Soy Milk
Though slightly on the decline, soymilk is a protein-rich alternative to cow’s milk but lacks in calcium. Soy has also been controversial in part because of disputed claims linking the phytoestrogen-rich soy to increased risk of breast cancer, but the dairy alternative is richer in vitamin B and has 10% of your recommended daily intake of folic acid, a B-complex vitamin. Soy has proven effective in lowering cholesterol, but Politi says you need a lot of soy in your diet to produce that effect. She suggests about 25 grams of soy a day, or about four to five soy products.

Bottom line: If you’re going to buy soy, go for the unflavored, organic soymilk in order to preserve the protein it contains. However, Politi suggests consuming soy in moderation and combining it with other non-dairy products. She also notes that non-dairy consumers with gastritis or irritable bowel syndrome should be wary, as soy can also cause bloating.

Almond Milk
Almond milk sales have climbed over the past few years, as it has been touted as a healthier alternative to milk and soymilk. It contains fewer calories than soy (90 calories in 8 oz.), no saturated fat or cholesterol, about 25% of your daily vitamin D, and almost half of your vitamin E. Though almond milk has also been recognized for preventing heart disease, Politi doesn’t believe it has the same nutritional value as conventional milk. In fact, the nutty drink has very little protein.

Bottom line: It’s a good alternative as long as you’re supplementing your diet with protein. The calorie-light, nutty taste of almond milk makes a good dairy substitute in coffee or cereal for dieters.

Rice Milk
Rice milk is processed, milled rice, blended with water until it transforms into a liquid. During the process, carbohydrates become sugar, giving it a natural sweetened taste. The sugary alternative is very low in nutrient value unless vitamins and calcium are added to it. It’s the least likely to trigger allergies, but contains almost no protein.

Bottom line: Rice milk is great for lactose intolerance, but it has twice as many carbohydrates and is not nutritious alternative for milk. Balance rice milk with other sources of protein, or look for brands that enrich the milk in chickpea protein to get an extra boost of calcium. 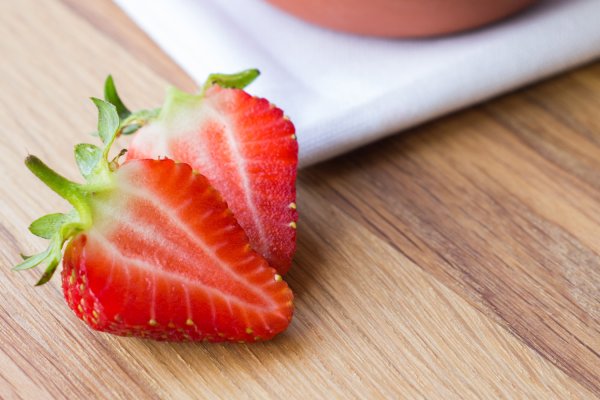