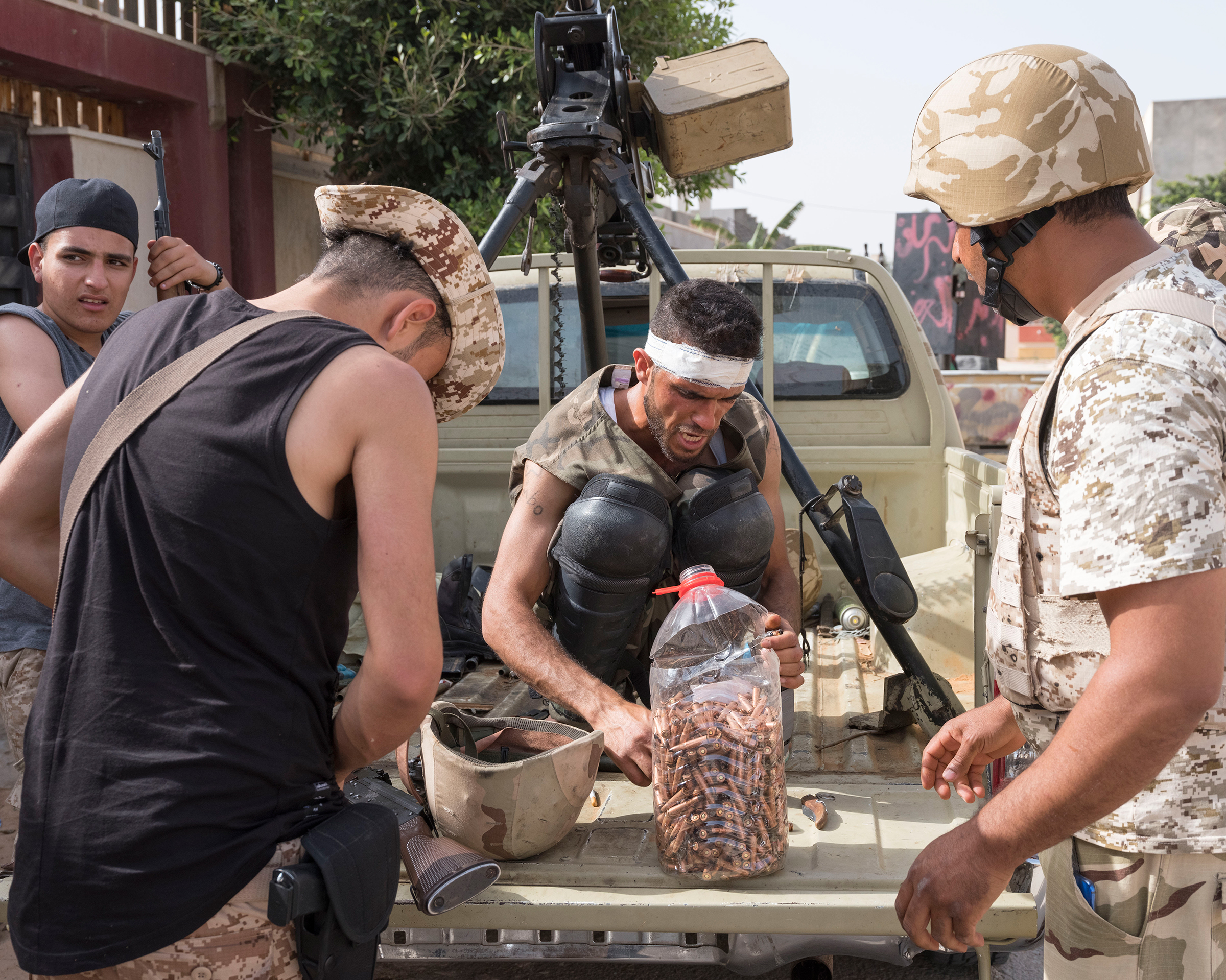 Forces allied with the U.N.-backed government reload ammo on the frontline outside Tripoli in April 2019.
Lorenzo Meloni—Magnum Photos

'Fighting But No Progress' in Libya's Capital. Inside the Surreal Siege of Tripoli

While the world’s attention has been everywhere else, Libya remains in chaos. The capital city, Tripoli, home of the government recognized by the U.N., is under siege by the forces of General Khalifa Haftar, who already controls much of the country’s east. Almost six weeks of fighting has killed more than 450 people, wounded more than 2,000 and displaced 66,000, according to the U.N.

Haftar, a naturalized U.S. citizen who rose in influence after helping oust Muammar Gaddafi in 2011, launched an offensive to wrest Tripoli from the Government of National Accord on April 4. Although European, U.S. and Gulf leaders have all endorsed the U.N.-backed administration, Haftar’s Libya National Army has received support from Egypt, the UAE, Russia and France. In a phone call with Haftar in April, President Trump appeared to signal a shift in U.S. policy, praising his role in fighting terrorism and talking of a “shared vision” for Libya’s future.

Magnum photographer Lorenzo Meloni first went to Libya after the uprising that led to the death of Gaddafi. His latest series of photographs from April and May depicts the exhaustion of fighters who have again been called to the front line. Many on the ground told him of the betrayal they felt after having been backed by U.S. airstrikes as they ousted ISIS from Sirte in 2016, only to be abandoned now. Libya has now become “a small Syria,” Meloni says. “There is fighting but no progress.”