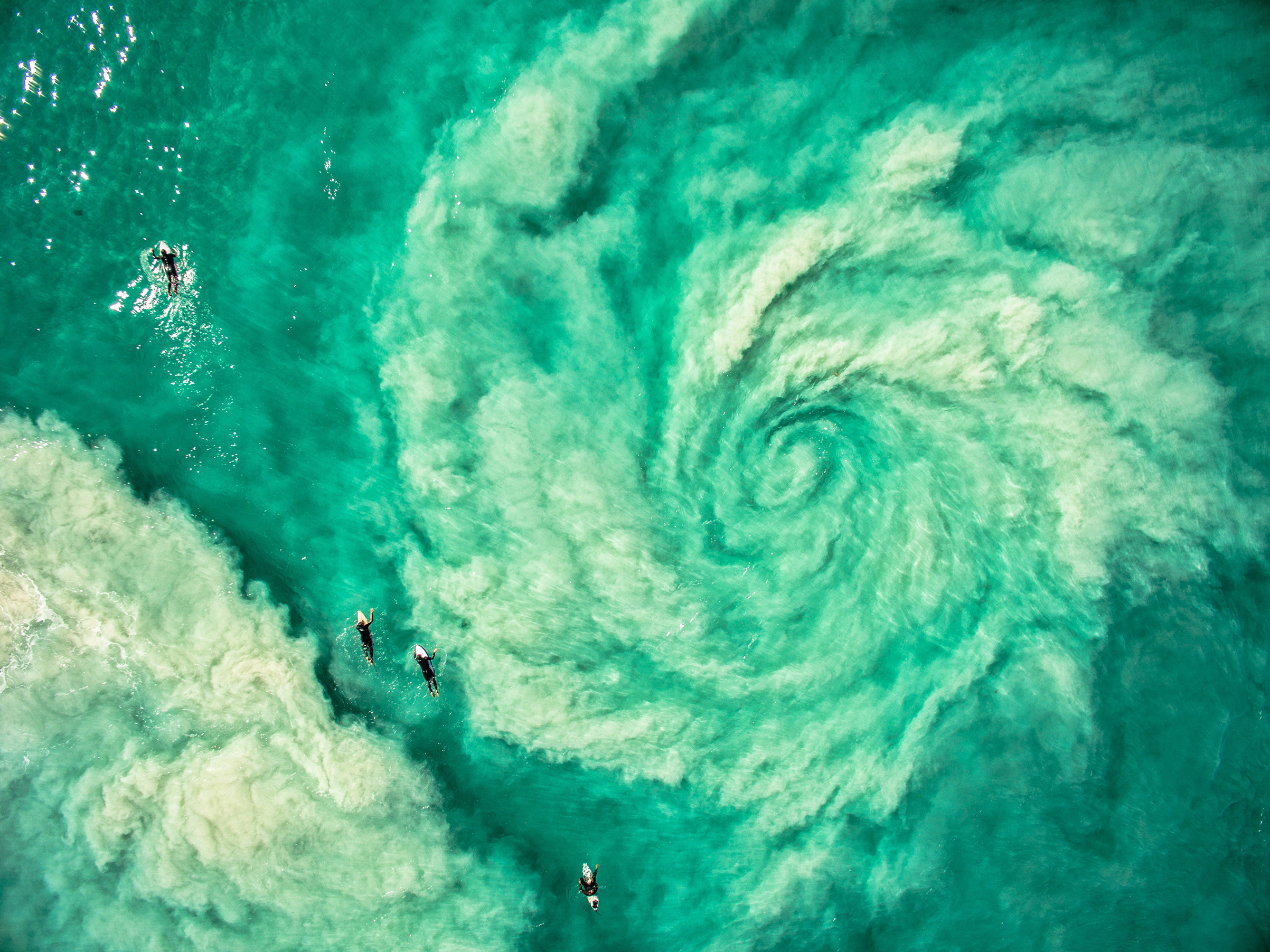 Drones Are Here to Stay. Get Used to It

When Hurricane Maria hit Puerto Rico last September, it ravaged the island’s electrical grid and communications systems. For weeks, many of the approximately 5 million Puerto Ricans living in the mainland U.S. were unable to reach their loved ones. While recovery groups worked to restore power and deliver aid, cell providers scrambled to repair their networks. To get its service back up and running, AT&T tried something new: the Flying COW, a tethered drone that beamed mobile data signals up to 40 miles in all directions.

“As soon as we turned it on, people just started connecting to it instantly,” says Art Pregler, AT&T’s Unmanned Aircraft Systems program director. His team operated the Flying COW, short for “cell on wheels,” from the parking lot of a Walmart on the island, which provided the Internet connection for the airborne cell tower.

With any technology, there are certain inflection points when it goes from being something perpetually in the near future to being a part of everyday life. For years, drones have been hovering on the cusp—used by militaries and relatively small numbers of hobbyists but not part of the larger culture. The U.S. military ushered in the drone age in 2001, when it began using the unmanned, remotely piloted technology to target al-Qaeda leaders in the wilds of Afghanistan. Drones have since become a key part of the military’s arsenal, and their use in conflict zones around the world has expanded under both the Obama and Trump Administrations. Civilian uses, however, have long been more promise than reality.

That’s finally changing. Some 3 million drones were sold worldwide in 2017, and more than 1 million drones are registered for U.S. use with the Federal Aviation Administration. (Most store-bought drones have to be registered with the FAA.) These consumer drones can fly vertically, like helicopters, and are similar to remote-controlled airplanes but with more sophisticated technology such as GPS, wi-fi and obstacle-avoidance sensors. They’re being used by tech-savvy farmers to monitor and spray crops, by researchers to measure environmental pollution and by Hollywood studios to capture action-packed footage for blockbuster movies. Drones are even saving lives, as first responders in places like Menlo Park, Calif., use them to coordinate operations and search for missing hikers. (Sixty-five people have been rescued by drones, by one estimate.) And of course, drones are being flown by hundreds of thousands of amateurs, who use them for everything from taking vacation photos to buzzing around their local park.

While businesses used the first wave of drones to take overhead real estate photos and deliver pizza for public relations stunts, now companies are experimenting in ways that could dramatically change entire industries. Amazon is working on drones that could deliver packages within minutes, technology that could one day be used for time-sensitive health emergencies like organ shipments. Facebook is working with drones to beam Internet connectivity to isolated corners of the world; the energy giant Shell employs the technology to keep its network of offshore rigs running smoothly. Meanwhile, investors are pouring hundreds of millions of dollars into drone startups with names like Skycatch (which creates aerial maps) and Skydio (which makes video-recording drones that automatically track a subject). The drone business is heavily dominated by China. Roughly 72% of the global market is controlled by DJI, which is headquartered in Shenzhen, often referred to as the Silicon Valley of China.

All this investment raises both possibilities and concerns. Privacy advocates are worried about the unchecked growth of aerial surveillance. Drones have been used to smuggle drugs into prisons, and the U.S. military is spending hundreds of millions of dollars to develop methods to prevent them from becoming terrorists’ weapon of choice. Some people, concerned about protecting their privacy from high-flying cameras, have taken matters into their own hands, like a Kentucky man who said he saw one flying over his property in 2015, grabbed a gun and shot it down. (He later sold T-shirts labeled drone slayer.) DJI recently unveiled a way for authorities to identify aircraft in no-drone zones.

Inequality is found around the globe, but the World Bank says South Africa qualifies as the starkest example. For a vivid perspective on it, Johnny Miller of the Unequal Scenes Project sent a drone over northwest Johannesburg. On the left is Kya Sands, a shack city that is home to many economic migrants who arrived from other African nations. Across the road is Bloubusrand, a middle-class suburb known for its diverse mix of residents.
Johnny Miller

At least 122,000 people in the U.S. are now certified to fly drones professionally, according to the FAA, which sparked the drone explosion in 2016 when it simplified its process for allowing their commercial use. Small drones, often between the size of a soda can and that of a mini-fridge, are relatively cheap and easy to fly and can carry a variety of payloads, including high-resolution cameras and thermal-imaging gear.

The surge in drone use presents a challenge for regulators. The FAA rules governing drone operation, which include no flying outside a pilot’s line of sight, have been criticized by drone entrepreneurs for hampering a burgeoning industry. How can Amazon deliver your toothpaste with a drone if it has to stay within eyeshot of a pilot? The Department of Transportation is working with drone-flying companies in 10 states as it tries to strike a balance between safety and innovation, and groups like NASA are studying ways to safely integrate drones into an already crowded airspace. (U.S. commercial pilots report about 100 too-close-for-comfort encounters per month.)

Developments in artificial intelligence and automation will make it possible to operate massive drone fleets simultaneously, increasing efficiency and greatly expanding their capabilities. First responders envision highways lined with drones ready to zip lifesaving medicine to accident scenes. Global transportation firms are designing helicopter-size versions that could zip people around like flying taxis, Jetsons-style, without a pilot on board.

Like it or not, the sky above is about to become far busier.