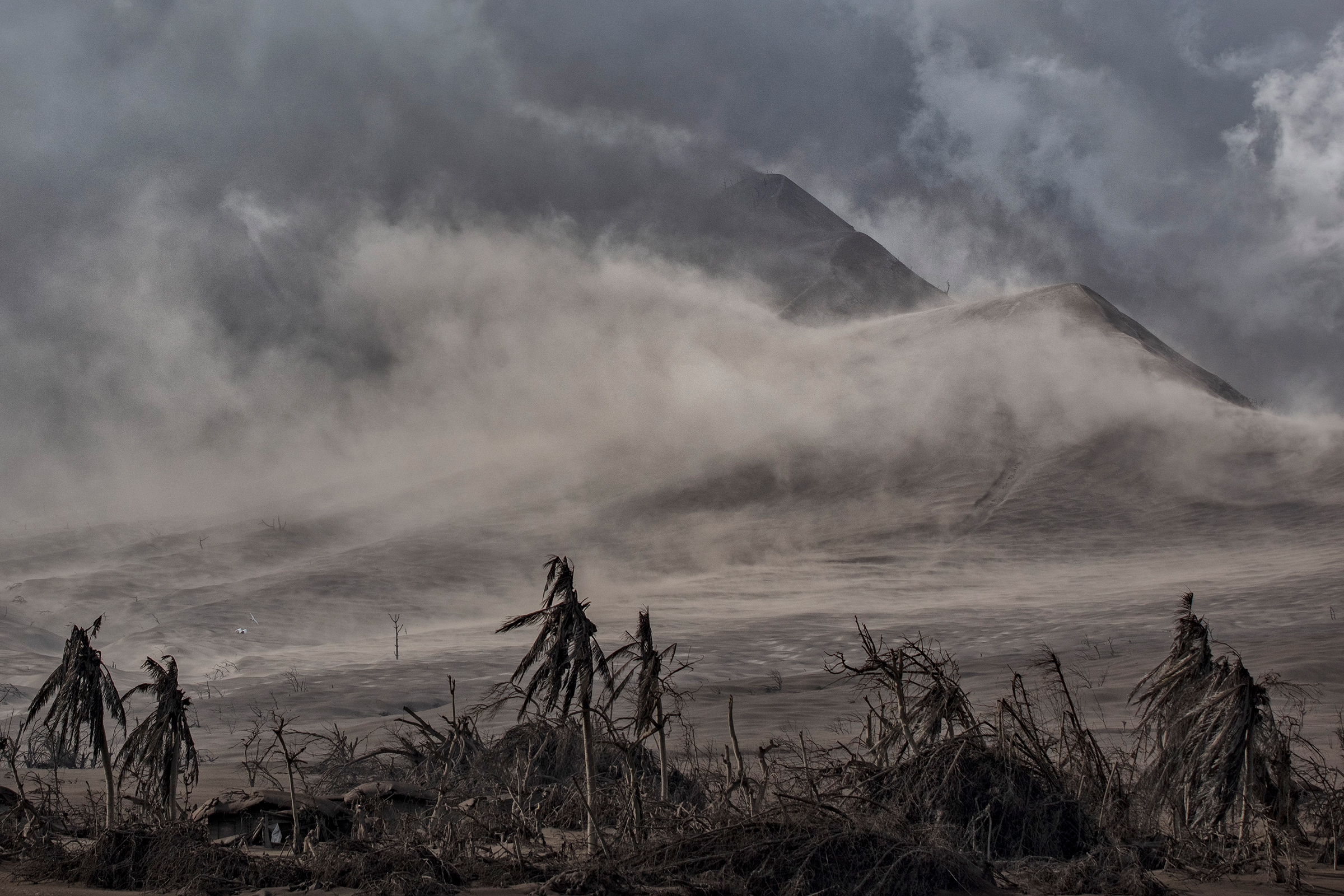 ‘Like a Scene From a Movie.’ What I Saw Photographing the Taal Volcano Eruption in the Philippines

Photographs and Text by Ezra Acayan

I was at home just south of Manila on Jan. 12 when I got a text from my girlfriend telling me that Taal Volcano had just erupted. My first reaction was disbelief. While the volcano situated in the middle of lake is considered active, never have I seen or even imagined it would erupt. Its last major eruption was in 1977, way before I was even born. I grew up spending many weekends with family and friends taking trips up to nearby Tagaytay to enjoy the view of the volcano. To hear now that it erupted was very surreal.

I contacted my editor, threw my equipment in the car and began the 90-minute journey to the lakeside town of Talisay, one of the closest to the volcano.

As soon as I arrived, ash fall had mixed with rain, turning into mud. Within seconds, visibility was gone and the wipers of my car windshield were broken. I left my car and ran to the lakeside, where residents were looking on as the volcano shot up a giant ash column.

Evening was about to fall and I made the decision to travel to higher ground as soon as possible, an important choice, I would learn the next day. That night after I left, plenty of residents were left stranded in Talisay with no food and water. Houses and buildings were destroyed by the heavy ash fall, and rescuers had a difficult time evacuating those who remained as roads were rendered impassable. The devastation caused by the eruption was getting clearer. I would have been one of those stranded if I hadn’t left sooner.

I left Talisay just before dark, and it was a slippery 30-minute drive up along a mud-covered highway. It was complete darkness by the time I arrived in Tagaytay. Even car headlights had a difficult time illuminating the streets as they were also covered in ash. As I checked in at a hotel, tourists were trying to leave. It was chaotic. The entire situation was desperate.

After filing my first set of pictures, I tried to look for a place to buy food and supplies, but all of the shops had already closed down. The traffic leaving the city was intense, so I chose to stay. I had to settle for a bar of chocolate that I had.

A gas mask was the most important thing I brought with me. I had covered the Mount Mayon eruption in 2018, so I already knew how rough volcanic ash was to the lungs and eyes. Also crucial: a giant umbrella, which saved me and my equipment when it began raining what was essentially mud.

The ash fall made it really rough for both equipment and vehicles. I had to be careful wiping my camera lenses as the ash could easily damage the glass. My glasses and gas mask became very scratched, which made shooting more difficult as the days passed. On top of zero visibility, the ash also made roads very slippery, so I had to be careful when traveling.

My umbrella is destroyed now, but I got the pictures.

By the second day, a resident who was able to briefly return to the volcano island had posted a video online. He was able to check on the animals left behind. The images of horses and cows covered in ash and still alive had gone viral, and the public grew worried about the safety of the animals and wanted more updates.

The next day, I hired a fishing boat and traveled to the island, which authorities had designated a permanent danger zone. What greeted me was haunting: countless bloated carcasses of cows and horses. There were so many that our boat had a difficult time docking.

The island was a ghost town, like a scene from a movie. Many houses were completely covered. There were burned trees everywhere. Horses used to ferry tourists around the island lay dead, buried in graves of ash. Melvin Mendoza, who lives on the island and brought me there on his boat, pointed to two of his horses, both dead. One, he said, had been a wedding gift.

“What Taal has given us,” he told me as we left the island, “he’s now taken it back.”

A house near the crater is buried in ash.
Ezra Acayan—Getty Images
More Must-Reads From TIME