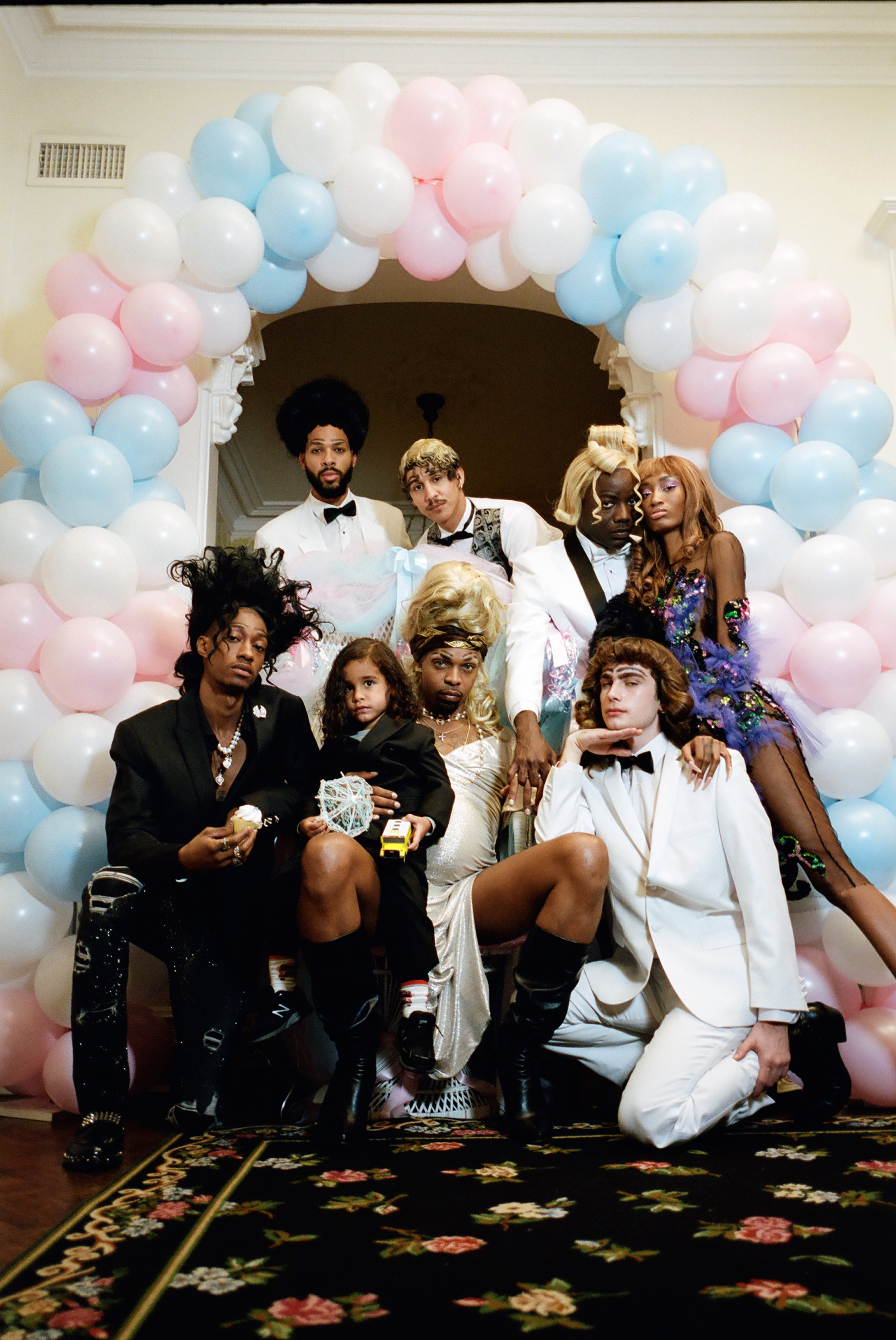 From the exhibition “Peluca”
Renell Medrano

At the opening night of photographer Renell Medrano’s show, Peluca, chopped cheese sandwiches and snow cones were passed around as a hair stylist sewed in a woman’s weave, the focal point of a single salon chair installation in the center of Milk Gallery that was part grooming, part performance art. The show, which draws its name from the Spanish word for “wig,” is a 25-image rumination on the complex dynamics of wig culture, but also functions as an homage to Medrano’s New York City roots, the vibrant environment and community that shaped the way she sees the world.

The collection of images, which explore themes like the stigma and mainstreaming of wigs in society, range from an unflinching and intimate portrait of the musician Dev Hynes in a towering, tightly-curled wig to the picture that inspired the exhibit: a shot of a woman with a voluminous red mane, sitting in a car with an interior nearly the same shade as her hair. Medrano’s saturated photos all share the same calm intensity — rawness tempered by tenderness, an element that’s made her work the go-to for a new generation of creatives like Solange Knowles, Virgil Abloh and Tyler the Creator.

The 27-year-old Medrano picked up her first camera at 14, a point-and-shoot she borrowed from her mother that she would use to take pictures of her friends at school and during summers spent with her grandmother in the Dominican Republic. Later, as her love for photography grew, she would post her photos on Tumblr, where she would catalogue them according to “a vibe,” or the feeling they evoked, a process she still uses while selecting images for her Instagram account, which boasts nearly 300k followers.

In recent years, Medrano’s penchant for vibrant color and her ability to create intimate portraiture has made her a mainstay of the fashion and music space. She’s shot album covers for H.E.R., Justine Skye, and her partner, A$AP Ferg, as well as covers and editorials for magazines like Office, Wonderland, and The Fader.

She credits her eye and instinct to being born and raised in the Bronx, where she says she found that she learned to appreciate finding beauty in unconventional places and discovered that “beauty was the ugly.”

“Growing up in the Bronx is about embracing the ugly and making it beautiful,” she said. “Sometimes it’s not a top model that you see as my subject, but I try to embrace that everyone is beautiful.”

“It’s kind of funny because 5 years ago, I had my group exhibition show at Milk, for my thesis at Parsons, so it’s kind of cool to see how 5 years from now, I got my own solo show at Milk,” she said. “I remember thinking all I really care about is just taking photos and I’m still here and I’m still doing it.”