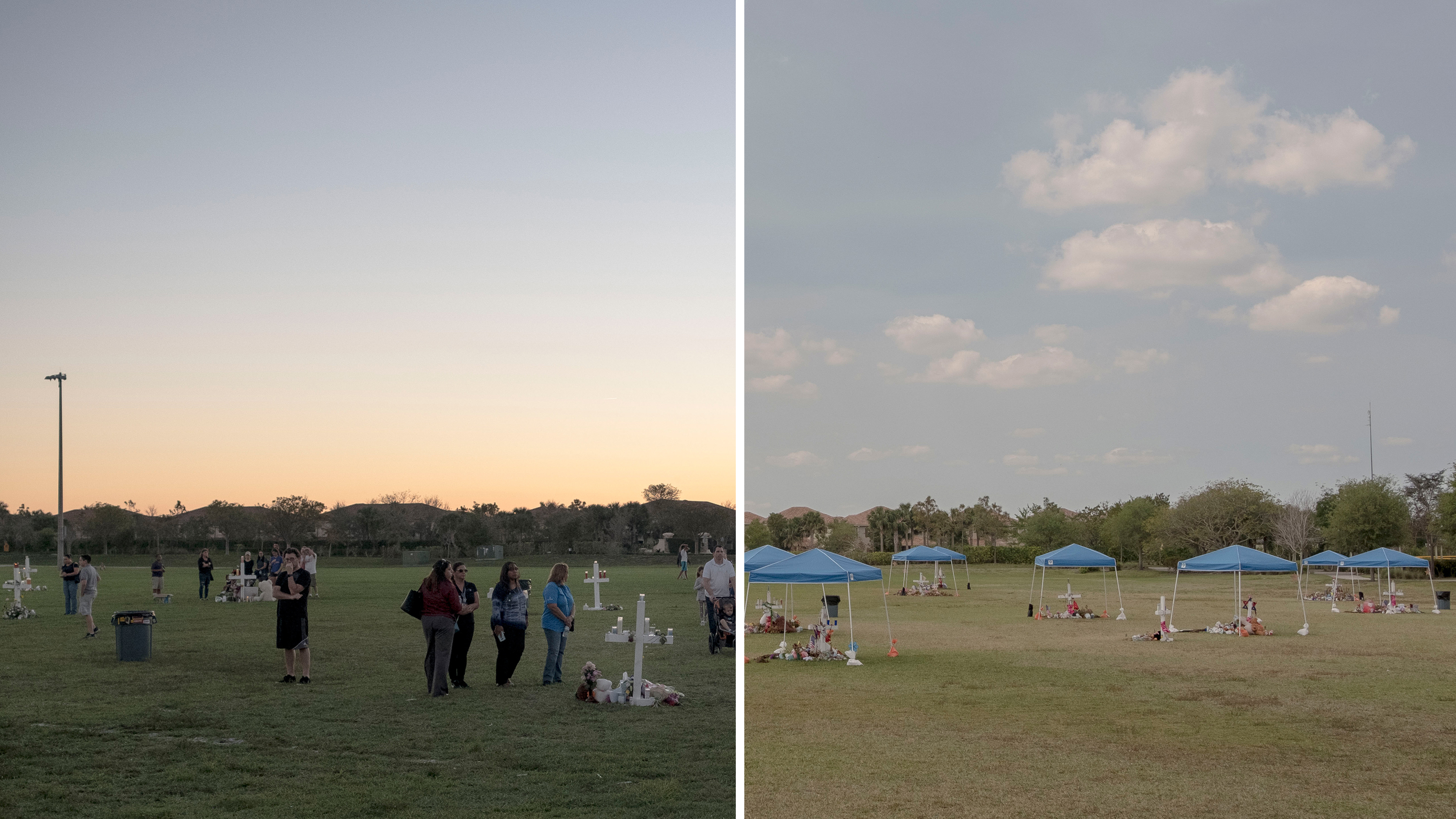 The crowds are gone and the memorial flowers have withered, but the students remain emboldened
Text by Melissa Chan | Photographs by Gabriella Demczuk for TIME

One month ago, Parkland, Fla., was shattered when a gunman stormed Marjory Stoneman Douglas High School and murdered 17 students and teachers.

The Valentine’s Day shooting spurred a national debate on gun violence and turned a group of ordinary teenagers into prominent activists. On the day of the massacre, “I was worried about doing an assignment that was due and three tests scheduled,“ recalls 17-year-old student Brandon Abzug. “Now I’m focused on changing the gun laws in the country.”

In the aftermath of the tragedy, journalists and law-enforcement officers swarmed Parkland, which had been named one of Florida’s safest cities just last year. Well-wishers hung sunflowers and roses from fences and created vigils and memorials.

17 crosses were placed at Pine Trails Park in Parkland before the candlelight vigil memorializing the victims who lost on Valentine’s day. What was a public field for families to gather in support of loved ones during soccer games, became a memorial site to mourn the lives lost in the shooting.
Gabriella Demczuk for TIME
On March 6, 2018 each cross was surrounded by flowers and other memorial objects, protected from the rain by individual canopies.
Gabriella Demczuk for TIME

Now the flowers have withered and the crowds have dispersed, as TIME photographer Gabriella Demczuk captured in a moving series of images taken over the last month. The underpass that had been closed off to traffic while it served as a meeting station for members of the press is now clear and open for passing cars. A memorial at the Pine Trails Park amphitheater in Parkland, honoring the victims of the school shooting, has swelled in size. And the Sunrise Tactical Shop in Coral Springs, Fla., where accused shooter Nikolas Cruz reportedly bought his weapons, now has a sign prohibiting sales to anyone under the age of 21.

But the surviving students at Marjory Stoneman Douglas have continued to fight for change. On March 24, they’ll converge on Washington, D.C. and several other large cities across the country, joining perhaps hundreds of thousands of other protesters for a demonstration called March for Our Lives, at which they’ll demand an end to gun violence.