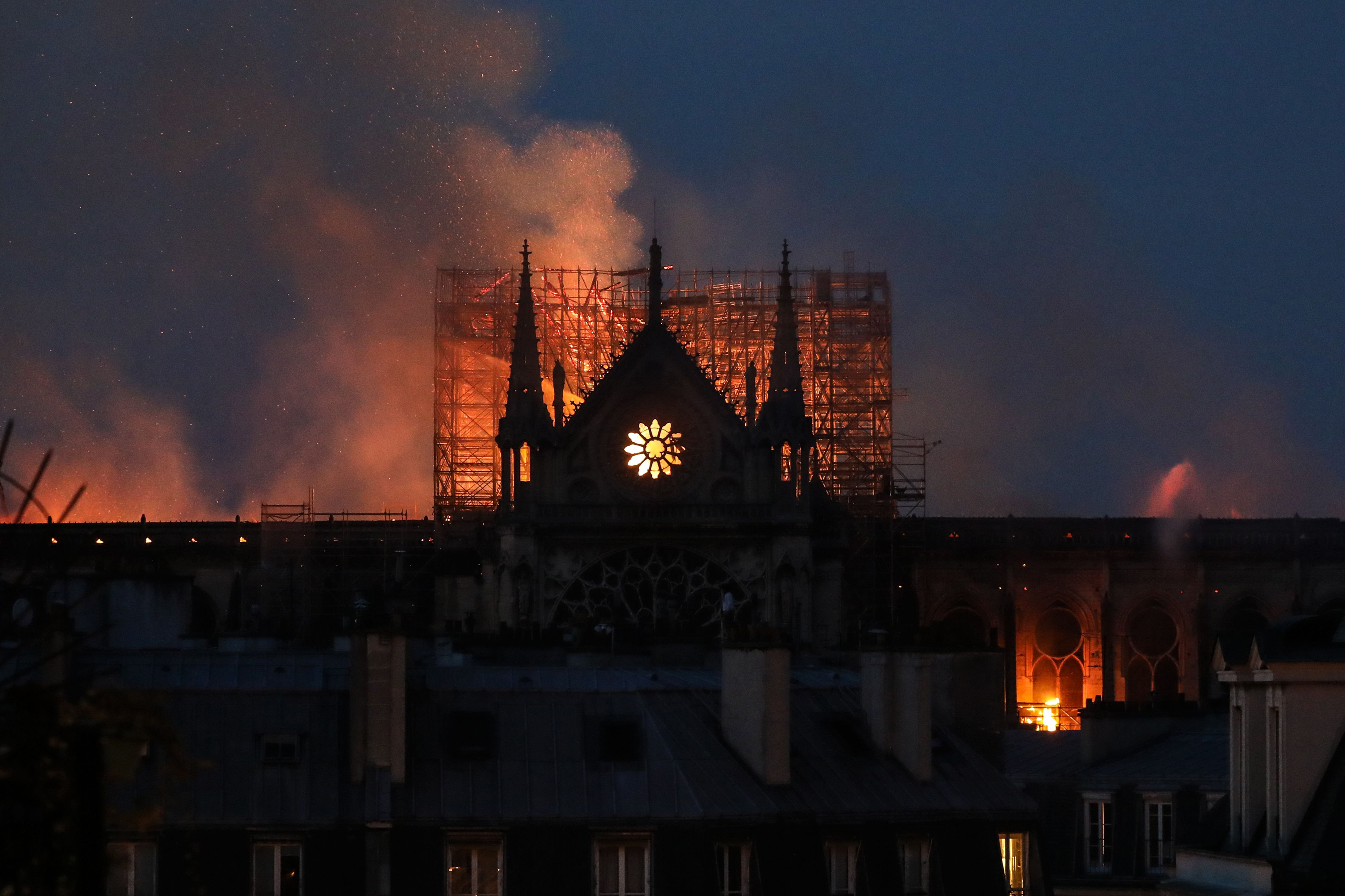 'This Is Our History, and It's Burning.' Photos From Paris Show Notre Dame Devastated by Fire

"We will rebuild Notre Dame together," President Macron vowed
By Mahita Gajanan

People gathered across Paris in shock and in tears as the Notre Dame cathedral, one of the city’s most famous landmarks, caught on fire, sending up giant billows of smoke and flames.

The fire broke out Monday evening local time, and the flames quickly engulfed the cathedral’s spire, which was reconstructed in the 19th century, causing it to collapse. Thousands of onlookers watched as the fire glowed red in the spire before the pointed structure splintered and fell over, sending more smoke and flames upward. Flames burned the roof off of the cathedral and authorities cautioned that nothing might survive from the structure’s frame.

The official cause of the blaze is currently unknown, though a spokesperson for firefighters in Paris said the fire began in the cathedral’s attic. Firefighters said they are optimistic they can save Notre Dame’s main structure and towers from the flames.

French President Emmanuel Macron, in a speech to the nation Monday night, offered thanks to emergency responders who battled the flames.

“We will rebuild Notre Dame together,” Macron vowed. “This is our history, and it’s burning.”