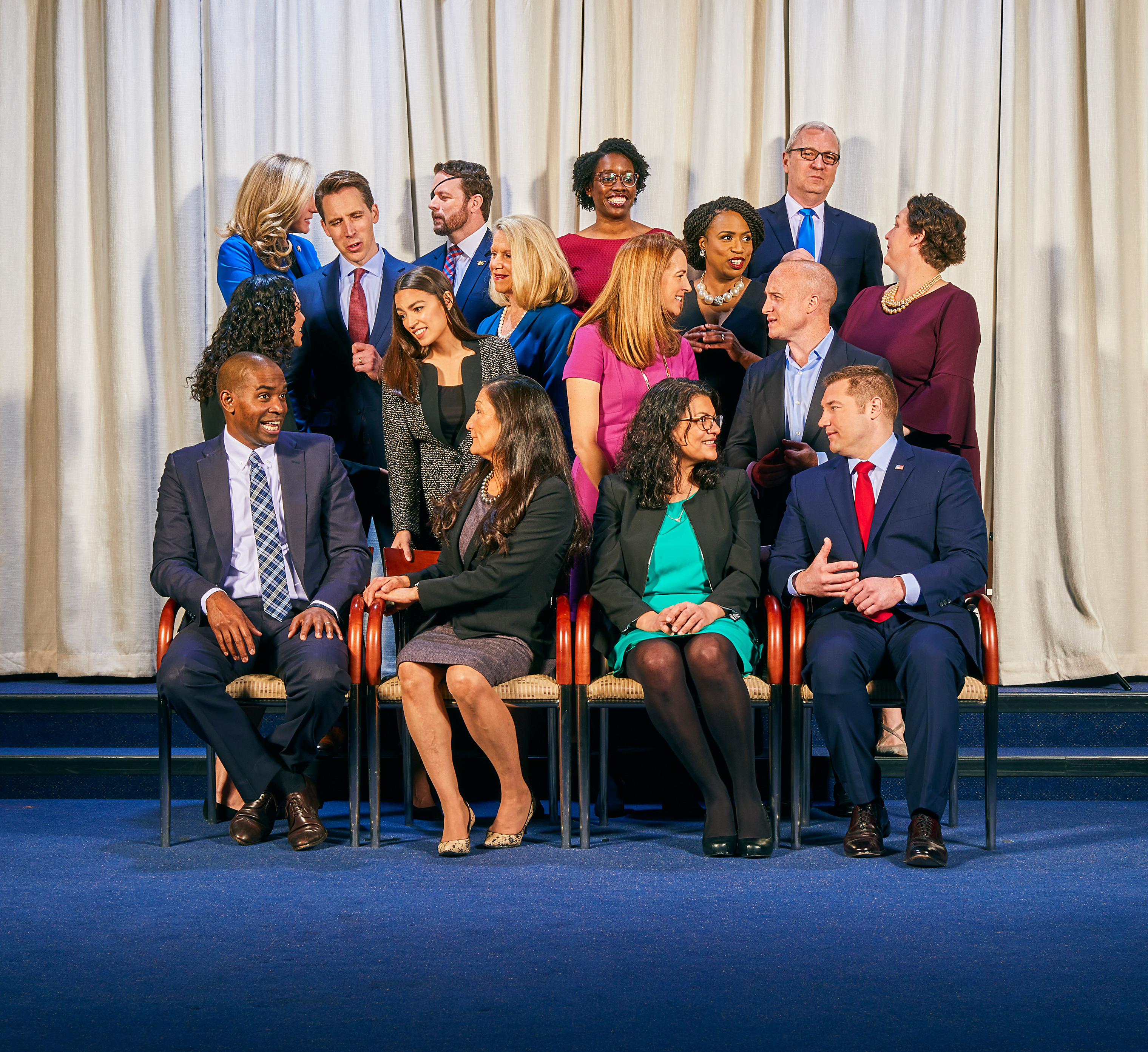 America's Most Diverse Congress: Meet the Class of 2019

Photographs by Jeff Brown for TIME

The record number of women sworn into Congress on Jan. 3 included a 68-year-old bison farmer from West Virginia, a 29-year-old progressive upstart from New York and a 58-year-old ­Native American single mother from New Mexico. Each had broken ground in her own way, but in the Capitol building where they now work, that’s less likely to make any of them terribly distinctive. The newest members of the 116th Congress made the legislative body the most diverse in U.S. history not only ethnically and racially but generationally as well. More than 20% of the new lawmakers are millennials, making this a particularly fresh-faced freshman class. A handful of them express their determination to make a difference in Washington by restoring a level of co­operation, effectiveness and mutual respect to the work they were elected to do. —Reported by Abigail Abrams, Alana Abramson and Charlotte Alter

“The experiences that shaped my political ideology the most are my life experiences as a vulnerable working-class American … When you really understand and internalize the intensity and the urgency that most Americans are going through, you approach this job totally differently.”

“The top legislative priority for me in the first term is definitely job creation and economic growth. I don’t think that there’s one silver bullet that we have in terms of public policy, but I think that a growing economy is the closest thing we have.”

“It’s O.K. that I hate it a little bit here. I think that’s important. People think it’s crazy when I say it. But I’m like, If I’m too much in love with just being here … then I’ll be disconnected and I’ll forget why I ran in the first place.”

“Issues of infrastructure—for some people like my district it’s broadband, for some people it’s roads and bridges—I think that’s an area where we see a common need to really find solutions and … can work across the aisle to help our communities and improve the way of life for so many Americans.”

“I want my constituents to know and realize that the door is open, the ceiling is broken now. So I intend to leave the ladder down. I want other Native women, women of color and women to run for office … And I’ll be there to make sure that they do.”

“I’ve been a working mom for many, many years, so having that pressure in my life … has always been there. But I think it’s changed now because I’m really modeling for my kids what it means to stand up for your values. What it means when you’re concerned about your country, that you stand up and do something.”

“The problems that we face in my district are quite simple. Takes people two hours to get to work. People are dying from overdoses. Kids are afraid to go to school because of gun violence. And I don’t believe that shy incrementalism is necessarily the answer here. We have to be responsible, but we need to be bold.”

“The first eight years I was in the state legislature, I served in the minority. That’s when I learned that you take it by the issue and you make friends and you meet people and you understand where you come together and you get things passed.”

“I think what people in Congress maybe need to do is to just put their good relationships in public every once in a while. It wouldn’t be that hard because they’ve already got them. People don’t realize that … There’s plenty on the other side I could be friends with.”

“Growing up [in New Mexico] lots of people felt like they had to make a choice between the home that they loved and their best opportunities. We shouldn’t have to make that choice. … So we have to make sure that we’re investing in our communities and being a voice for rural communities.”

“The Senate is the great equalizer for a small state. In the House, you’re an at-large member … political capital takes longer to build up … In the Senate, you wake up in the morning with a great deal of political capital, but you still have to be judicious about how you spend it.”

Write to Alana Abramson at Alana.Abramson@time.com and Charlotte Alter at charlotte.alter@time.com.