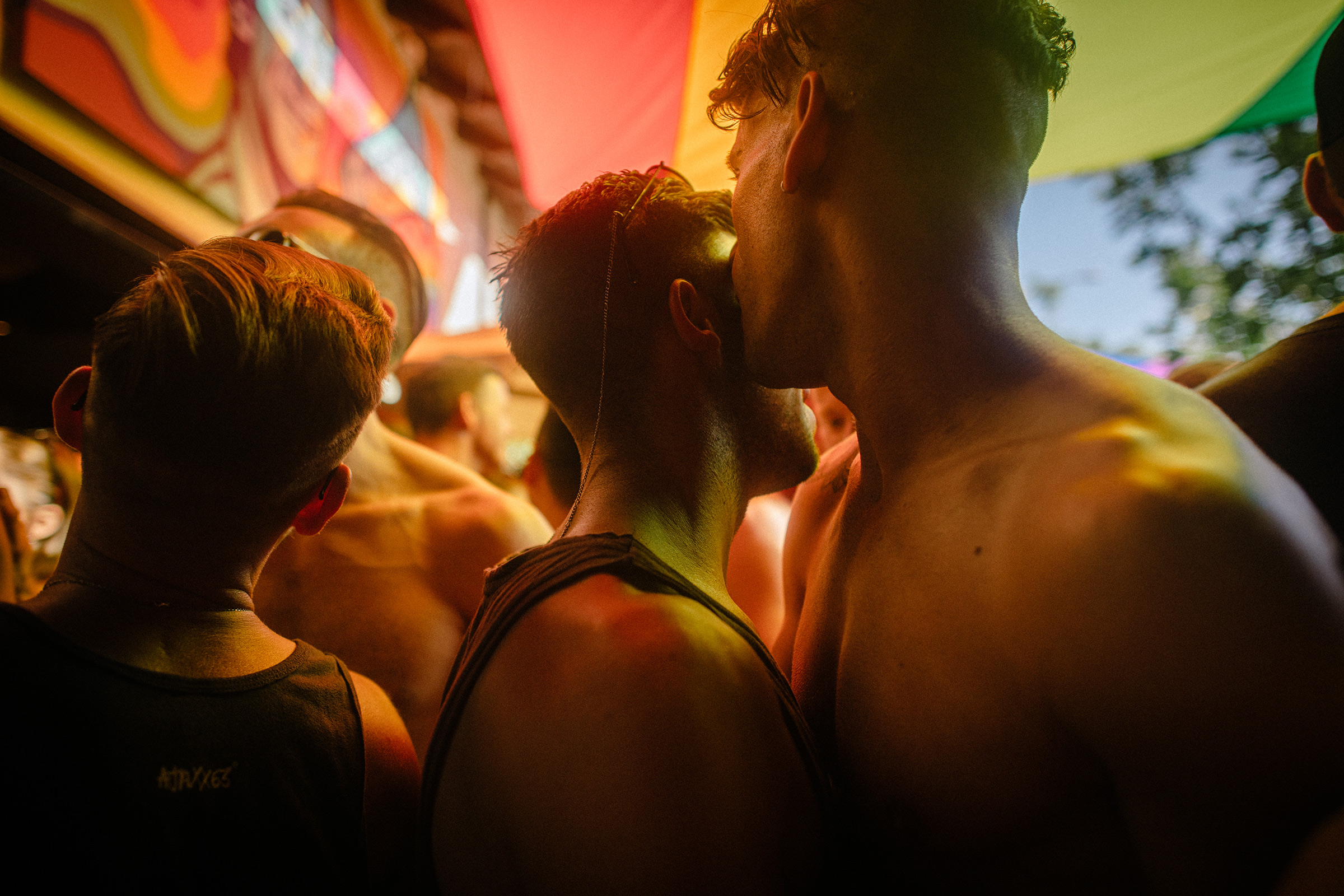 The Chapel at The Abbey in West Hollywood, Los Angeles, June 9.
Isadora Kosofsky for TIME

From Florida to Alaska, America’s LGBTQ Bars Feel Like Home to Many

One of my favorite memories of working at Tunnel Bar in New York City in 1991 is when a striking Black queen walked in off the street and shook my hand as if I owned the place. I was just a 24-year-old barback. “Hello, I’m Kevin Aviance, House of Aviance, and I’ve moved to New York to take over.” I nodded as if agreeing. And how that is exactly what happened next. The Kevin Aviance story could be Season 3 of Pose.

In the 1990s, as I first started going to find community in what we called gay bars then, I developed a theory of their names. The first category was Address Only, like the 520 in Iowa City. The second was Double Entendre But Vague, like The Underground, in Portland, Maine, where I grew up, or The Abbey, in Los Angeles. Double Entendre Real Specific would be The Stud, in San Francisco, or The End Up, also there, or My Sister’s Room. Literary was its own category—how many lesbian bars are called Rubyfruit Jungle? Apocryphal stories link the name of the Stonewall Inn to the lesbian memoir, The Stone Wall, by Mary Casal. The Bar in New York City, Feathers in New Jersey, or ‘Bout Time 2 in Austin, well, they belong to Could Be Anything, which is just a plain disguise. Because maybe even a joke would have been too much, for someone who couldn’t take a joke about being queer.

I eventually understood each bar name to be, at least possibly, that owner’s attempt at a clever disguise that had stood the test of time—or hoped to. I couldn’t call these “safe spaces,” as they were never so very safe, and we knew it. I think of the gay men who used to sit in the big glass windows at the Twin Peaks Tavern in San Francisco (long nicknamed the Glass Coffin) when I would walk by on my way to work in 1991, brave in a way I never guessed then. That was one of the first gay bars in the country where you could stand on the street and see who was inside.

These bars are not community centers except when they were. Or are. If they are your community center, they are filling in for whatever you might have if you had a different government. For many, they rightly represent histories of addiction and abuse that prevent a simpler relationship. And a real community center isn’t going to ask people to leave if they can’t pay for a drink.

That said, I don’t know how else to describe the bars I miss in my old neighborhood in Brooklyn except as my local queer bars and maybe that’s enough. Carrie Nation and The Excelsior resembled small town bars back then as they were usually mixed in terms of clientele and not too crowded. I prefer this, to be honest—the queer community I need has never shared a gender. At their best, they were like a party you could drop into and run into at least three old friends, and maybe make one or two new ones. I met the friends who saw me through those years—especially those who became my gay Asian mah jong group. And while I was never really good enough to do more than play as a replacement and make drinks, for most of my 90s and 00s in Brooklyn, I had a queer Asian center to my daily life, which meant so much to me. These were the friends I went to see on September 11th.

As we honor the memory of The Stonewall Uprising this month, I find myself wondering if there’s a bar I would fight for. Two weeks ago I was a host for Bubble T, the queer Asian/AAPI party in Williamsburg. I’ve been a few times as a celebrant but for Pride they did me the honor of asking me to be one of the night’s hosts. As the performers took the stage in a room unlike any 20 years ago when I was younger, trying to learn to play mah jong a few miles away, I felt an exhilaration at being in what felt like the future I’d never imagined. Bubble T was the place my friends and I didn’t even know to hope for then. And when I finally made my way home at 5 a.m., I was reminded that my favorite rainbow is the one you see at dawn as you come home from the clubs.

These bars, whether they are a local with a juke box and some beers in plastic cups, or a club with a stage and a roof bar, in a big city or tiny town, they are not exactly where we go to feel safe—because after the Pulse nightclub shooting and too many other hate crimes, we often don’t—but they are also the place we take a risk: on our heart, our desires, a fleeting connection even just with a crowd you never speak to. The risk you took could easily be walking in and not running away. They’re the staging grounds for our dreams— of connection, family, a night’s glory or a lifetime of it. Whether you are putting a song on the jukebox with the hope of setting a mood for someone you just met, or climbing onstage in a taffeta cape, ready to lip sync, these bars are a tradition older than the apps you might use while in them. Movements have formed within them, and families, too, the kind that don’t know each other until they meet. And as long as we need all of this, we’ll need these places too. Maybe the answer to the question of which bar I’d fight for is all of them.

TIME commissioned photographers across the United States during the month of June to document LGBTQ spaces 50 years after Stonewall.

Self portrait at Pegasus Nightclub in San Antonio, Texas.
Zackary Drucker for TIME