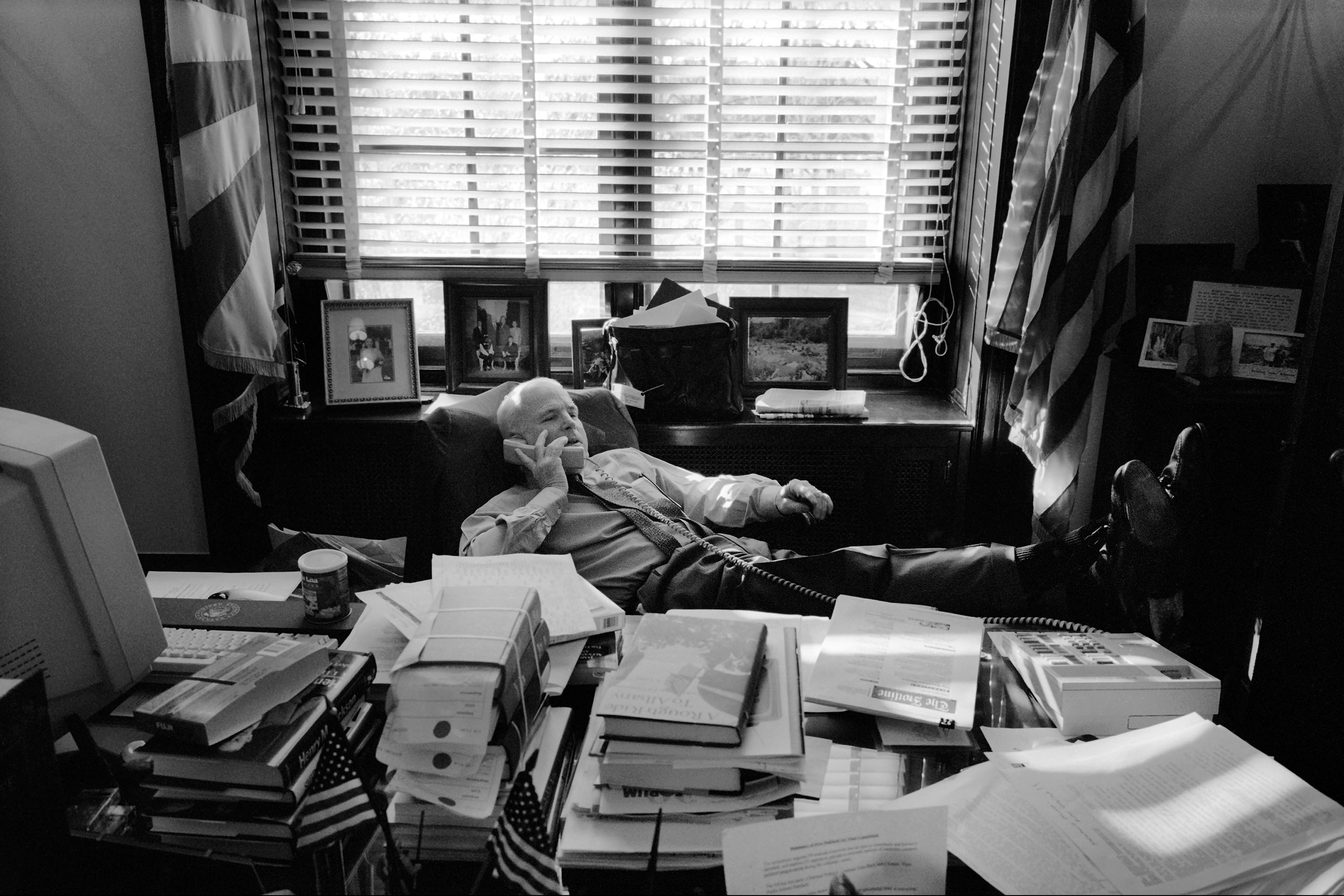 Sen. John McCain working in his Capitol Hill office after the first week of battle in the Senate debate on his proposed campaign finance reform bill.
Christopher Morris—VII for TIME

A Look at John McCain’s Life of Service in Photos

Photos of the senator, the war hero, and the maverick
By Kim Bubello and Nash Jenkins

If one is interested in brevity, it is an extreme challenge to find the words that encapsulate the political career of John McCain, who died Saturday at the age of 81.

A former war hero, a congressman, a senator and a presidential candidate, McCain’s tenure in Washington spanned more than three decades. Over that time, he earned a reputation as a conservative lion who would put his principles over party, even if it would cost him the more ephemeral victory, as it did in the 2000 Republican primary.

It’s easy to cast McCain, especially posthumously, as a larger-than-life figure. But doing so would betray just how present the man was. Even as he struggled with the illness that would eventually take his life, he would walk the halls of the Capitol — his workplace since he was first elected to serve Arizona in the House of Representatives in 1982 — with an affable ease, never too busy or proud to stop and chat with the reporters who lingered in the corridors, hanging onto his every word.

The photos below paint a portrait of McCain’s political career — one simply too vast for any simple abbreviation.

The original version of this story incorrectly referred to Sen. John McCain’s military rank in two photo captions. He was a Lieutenant Commander, not a Major or Captain, at the time both photos were taken.