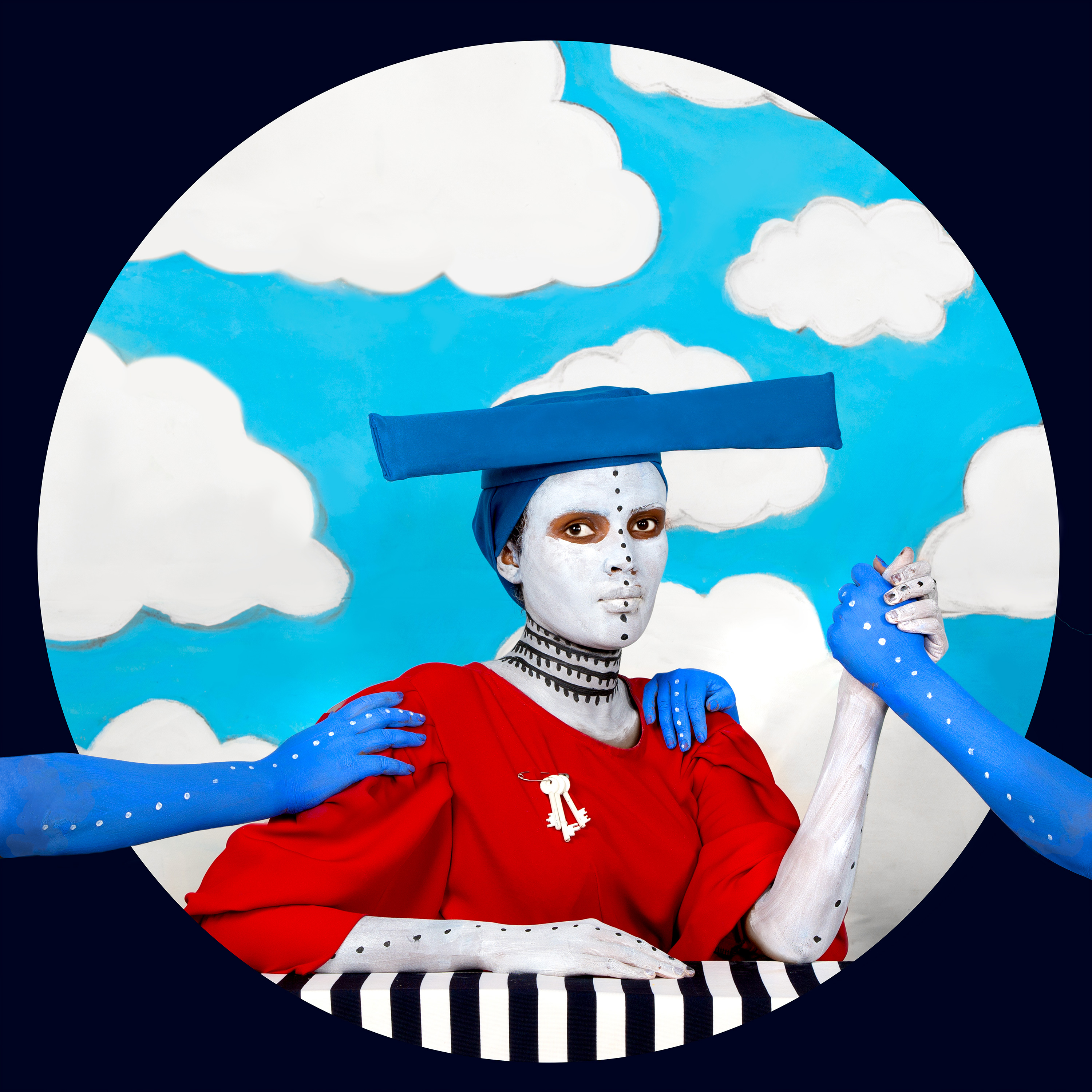 Work titled “First in the heart is a dream”.
Aida Muluneh for TIME

How This Ethiopian Photographer Is Giving Storytellers a New Platform

By Naina Bajekal | Portfolio by Aida Muluneh for TIME

When TIME approached photographer Aida Muluneh to create images for the 2019 Optimists issue, she immediately turned to Ethiopia’s political climate for inspiration. A new Prime Minister, Abiy Ahmed, had assumed office in April 2018 and started implementing a series of reforms. “He instilled a different energy that was needed in our country,” Muluneh says. “There were a lot of changes that incited optimism for many of us.”

Among those changes was a renewed championing of the role of women in politics. Last October, Abiy appointed women to half of the government’s 20 ministerial posts, up from four in the previous government’s much larger cabinet. “It’s commendable to see,” says Muluneh. As she began sketching out ideas relating to political optimism, she was keen to include female models and emphasize their role in politics and society. “Part of my optimism is about celebrating African cultures and traditions, but also about the need for the female voice.”

In the image above, titled “First in the heart is a dream,” a woman is being pulled in different directions — symbolizing the difficulty of understanding the truth and taking into account all angles, Muluneh says. But the woman, who wears a traditional headdress, also has a set of keys near her heart. “Sometimes we forget we hold the keys to unlock things,” she says. “Moving forward with truth and love is what optimism is.”

Muluneh was born in Ethiopia in 1974 but spent much of her childhood abroad, in Yemen, the U.K. and Canada. She moved to the United States and studied at Howard University in Washington, later becoming a photojournalist at The Washington Post. She credits African-American mentors like Chester Higgins Jr., a former staff photographer for the New York Times, for making her believe in the importance of telling untold stories.

She eventually set off on a more artistic path, encouraged by Cameroonian writer and art critic Simon Njami. She draws not just from Ethiopia, but from the continent as a whole, when it comes to the traditional ornamentation and body paint featured in her work. “My work is very contemporary but it’s still rooted in my culture,” she says. “My inspiration remains in Africa.”

Work titled "The bridge between".
Aida Muluneh for TIME

In the image above, titled “The bridge between,” Muluneh was particularly interested in capturing Ethiopia’s political history. The chair painted with different symbols charts the country’s transition from empire—Ethiopia’s monarchy was abolished in 1975—to the communist state that existed from 1987 to 1991, to the current political system. On the checkered floor is a jabanah, the traditional pot used to serve coffee. “That’s a symbol of conversation and dialogue, because the coffee ceremony brings people together to talk,” she says. Describing how the flower might represent love, friendship and understanding, Muluneh points out that her work is open to interpretation. “That’s the great beauty of working in this way,” she says. “When you show the work, people react to it and often find themselves within that image.”

When Muluneh returned to Ethiopia just over a decade ago, she was determined to focus on emerging talent in the region. It has not been easy, she says, to develop a community in a place where the market is underdeveloped and lacking in infrastructure and technical support. “People don’t realize how rich the continent is,” she says. “There’s so much beauty and complexity to explore.”

But she has found success with Addis Foto Fest, a biennial event she launched in 2010. At the festival’s fifth edition in 2018, Muluneh’s team showcased the work of over 100 photographers from around the world, 35 of them from Ethiopia. “I wanted to build bridges between photographers around the world, not just Africa,” says Muluneh, whose own work has been exhibition in several major exhibitions abroad.

At portfolio reviews and panel discussions, she shares what she learned from the African-American mentors who gave her opportunities in photography. And through the exhibitions and awards ceremonies at Addis Foto Fest, she hopes to amplify the voices of up-and-coming storytellers. “The festival is an expansion of my passion,” she says. “You can fantasize about reaching your own goals but your legacy is always who you can be proud of, who you have passed the torch to.”