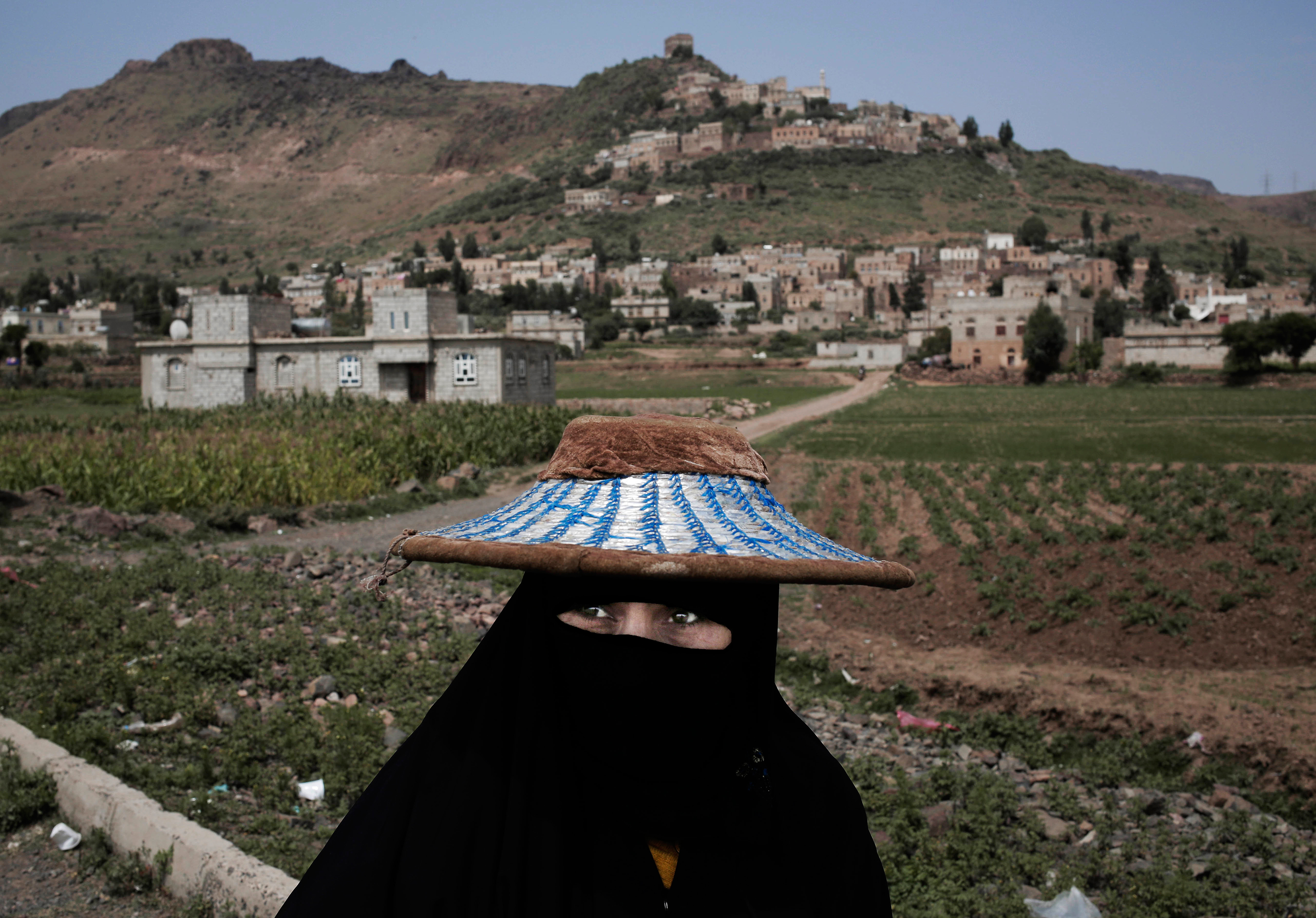 A woman walks through Ibb, south of Sana'a, on Aug. 3.
Nariman El-Mofty—AP

Nobel Laureate: Yemen Is the World's Worst Humanitarian Crisis. Here's How to End it

At a recent one-day humanitarian pledging conference for Yemen, Saudi Arabia pledged $500 million to help alleviate the crisis—a mere fraction of the estimated $100 to $200 billion it has spent destroying my country.

The bombs raining down on Yemeni children have had the markings of the West, and the Saudi-led coalition has dropped them with disregard for the innocent lives in their path.

Everyday eight children are killed or injured. Far too many Yemeni parents are burying their sons and daughters. The United Nations doesn’t even tally the dead anymore.

Others watch helplessly as their children waste away from hunger. With hollowed-out eyes, the young look desperately to their parents, who are unable to ease their suffering. Some 85,000 Yemenis under the age of five may have already died of starvation.

A Yemeni medic, Farouk Baakar, demonstrates how he was shackled to a wall during his torture in a prison run by the Houthi rebels, in Marib, east of Sana'a, on July 29.
Nariman El-Mofty—AP

The War Must End

Yet, a war that no side can win continues.

Yemen is unquestionably the world’s worst humanitarian crisis and has been for some time now. Late last year during his confirmation hearings, Christopher Henzel, the then nominee for US Ambassador to Yemen said “there’s still is a lack of discipline in some parts of the Saudi command structure and they sometimes bypass all the good procedures that they’ve set up. We often find that that is at the root of new civilian casualties.”

The people on the ground in Yemen know this. The Americans are being forced to acknowledge the brutality of the facts too. Recently, the U.S. House of Representatives voted to cease military assistance for the Saudi-led operation, and the Senate is expected to vote on a similar measure soon. The wavering support to Saudi from the U.S. helps lend support to the U.N.s’ effort.

While imperfect and ambiguous, the U.N.-brokered Stockholm Agreement between the Yemeni government and the Houthi leaders is an important step forward and it must be supported by the full weight of the international community. The primary elements of the deal include: a prisoner exchange; an agreement on a mutual withdrawal from Hodeida and its Red Sea port, and the ports of Salif and Ras Issa; and an understanding to de-escalate the situation in Taiz, the country’s third largest and historically significant city. Needless to say, the success of this deal depends on its actual implementation and clarification of terms.

Heba Ahmed holds her severely malnourished four-month-old son, Gawad Awad, at a hospital in Aden on Feb. 13, 2018. The baby weighed only 5.5 pounds (2.5 kilograms), or roughly a third of the normal weight for his age.
Nariman El-Mofty—AP

What Needs to Happen Next

While his efforts should be recognized, the U.N. Special Envoy for Yemen Martin Griffiths must urgently — to avoid any misinterpretations by the parties — identify the mechanism to create the local forces that are needed to secure Hodeida after the redeployments. Next, the work in Hodeida ought to be replicated in all other cities, ports and airports in Yemen. The militias must be disarmed.

The Saudis and the Emiratis need to withdraw entirely; and the Iranian support of the Houthis must end. A constitutional referendum should be organized, and public elections carried out under U.N. supervision. Yemen must be a country run by and for Yemenis. The preservation of its unity, independence and integrity are paramount.

The Ibn Khaldoon hospital, where doctors won't show up for days as no one regularly pays the staff, in Lahij on Feb. 11, 2018.
Nariman El-Mofty—AP

The central bank must consistently pay public servants, who have not received a salary for some two years. Public services will also need to be provided.

Regular payment of salaries and the provision of basic needs will work to alleviate the humanitarian crisis and help restore peoples’ confidence in the future of their country.

Before the war, under the dictator and corrupt President Ali Abdullah Saleh, Yemen was already the poorest country in the Middle East; now it is an appalling state and on the brink of total collapse. More than $4 billion dollars are needed for just the emergency humanitarian response.

To rebuild the country, a fund needs to be established to finance and support the state’s public budget for the next five years or until such time as the country recovers sufficiently.

A boy collects water from a roadside fountain in Marib on July 29.
Nariman El-Mofty—AP

In a just world, the Saudis and Emiratis would be the major funders of reconstruction efforts, as partial compensation for the damage that has been caused by their destructive intervention in Yemen. I would hope too that other states and donors would contribute to begin to heal the immense suffering caused to the Yemeni people.

More money should not be spent on bombs than on life-saving aid.

War crimes and crimes against humanity — the targeting of hospitals and medical sites, the torturing of detainees, the recruitment of child soldiers — committed in Yemen must be addressed through broad transitional justice measures, which are grounded in accountability and redress for victims, to prevent their recurrence and to restore the country’s social fabric.

Tawakkol Karman won the Nobel Peace Prize in 2011. A Yemeni journalist and human rights advocate, she supported the Arab Spring uprisings and has become a vocal critic of both sides in the ongoing civil war in Yemen.

A boy takes a selfie at the Marib Dam on July 30.
Nariman El-Mofty—AP
More Must-Read Stories From TIME