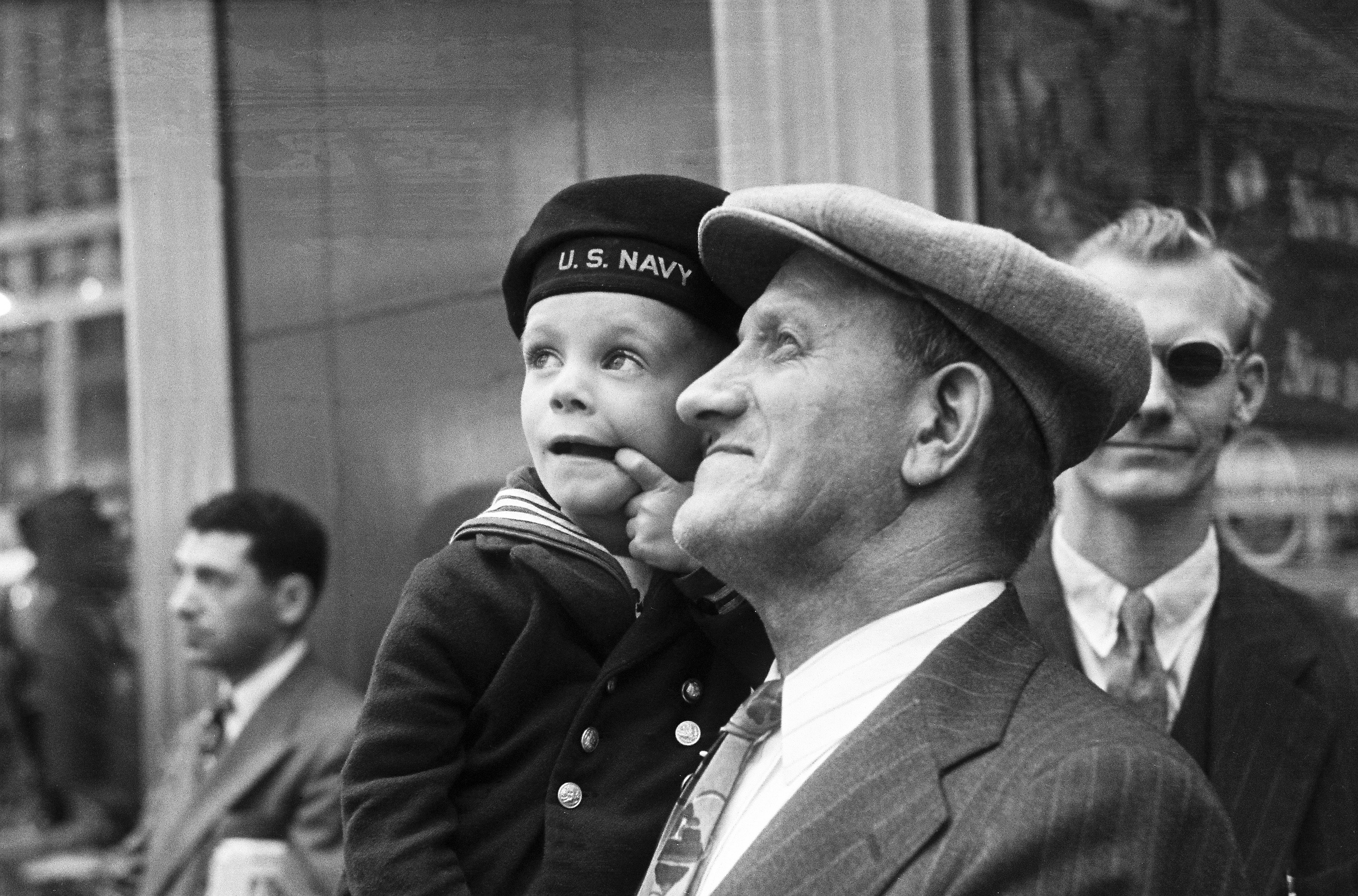 A WWII Combat Photographer Was in New York City on D-Day. These Are His Long-Lost Pictures From That Historic Morning

By the time New Yorkers were waking up on the morning of June 6, 1944, the first and second waves of American troops had come ashore under relentless German fire on the beaches of Normandy. A handful of Army Rangers had climbed the cliffs of Pointe Du Hoc, destroying the Nazi guns that threatened the breakout of American forces storming Utah Beach on what would be the largest air, land and seaborne invasion in history. Operation Overlord was a crucial Allied victory, the beginning of the end of World War II in Europe.

News of the invasion spread quickly that morning. New Yorkers and the rest of the country had their ears glued intently to radio stations while New York Times editors rushed to put out a special 6 a.m. edition, with a front page headline announcing the “Great Invasion is Under Way.” The commander of one American base in England, TIME would report the next week, summed up the morning to his men: “This is what we have been waiting for.”

It would take just a little more time for photography from the beaches to make it into the American press; Robert Capa’s iconic image of a soldier in the surf, for example, appeared in the June 19 issue of LIFE. Now, 75 years after D-Day, those photos remain urgent reminders of what happened that day.

One person who knew well the risks taken to capture those images was U.S. Army Ranger and combat photographer Phil Stern — but when D-Day arrived, he was nowhere nearby. Shipped stateside after being wounded in Sicily, he could only wish he were there.

“I got a feeling for what our men are going through — the same feeling I got when I fought beside them before I was discharged for wounds in North Africa and Sicily. Two years of camera-toting on the frontline and here I am, stuck back in the States just when the best shooting of the war gets under way!” Stern once told the newspaper PM. “Also, my heart is with the guys who take the pictures we see, fellows who are so in the thick of things that they have to drop their cameras for their guns.”

Antsy to snap some photos on that historic day, Stern instead took to the streets of New York City. A selection of his images from that day, lost for decades, are seen here.

Stern’s lifelong passion for photography began when his mother came across an advertisement in the newspaper offering a free, brand-new Eastman Kodak camera to any 12-year-old. “It was one of those box cameras,” Stern later recalled. “I was fascinated with the images it made. I thought it was pure magic. Photography became my life.”

After school, he worked in photo labs and art studios, sweeping the floors and cleaning dark rooms, mixing chemicals and loading film-plates for bulky cameras. Soon he began working in a cheap, grimy photoengraving shop on Manhattan’s Canal Street. At night he took photos of dead bodies for the Police Gazette at $3.00 a pop.

When the war came, Stern’s unit of 10 Signal Corps men were the first to be sent to England in the early summer of 1942. Soon bored with taking pictures of two-star generals, Stern joined up with the 1st Battalion Darby’s Rangers unit for training in Scotland. He’d go on to fight in North Africa, Tunisia and Sicily. In the spring of 1944, the Brooklyn-bred son of Russian Jewish immigrants had been recuperating at Tilton General Hospital at Fort Dix, N.J., courtesy of machine gun slugs from General Erwin Rommel’s Panzers.

But, despite being stuck far from France, Stern was also able to preserve an important part of D-Day: what it was like to experience history at home. He understood far too well the brutality of what the troops were facing. In February 1943 Stern had been up front and close with the Nazis in Tunisia. “Eight Germans were taken,” he later said. “I took a luger away from an arrogant officer and was going to blow his guts out but I just couldn’t do it. Instead I thanked him for the gun and ordered him to surrender in my best Brooklyn Yiddish”

The D-Day invasion had turned the tide in the Allies’ favor. For the first time since the war began, people at home were given real hope they would see their loved ones again and Western Europe would soon be rid of tyranny and Fascism.

He captured the New York Times news ticker in Times Square announcing “Allied Armies Invade Europe.” Another shot shows a busy newsstand in front of The Center for the Armed Forces. In the background a few steps east was Schrafft’s, his favorite restaurant for a darn good slice of apple pie. For a brief moment it appeared to be a regular day in Times Square, a big difference from the massive crowd at Mayor Fiorello La Guardia’s rally speech at Madison Square.

Across the street from Liggetts Drug Store near Fulton Street, people walk by a hard-to-miss sign outside a church announcing “INVASION DAY Come in and pray for Allied Victory.”

His photos from this historic day were never printed. He moved to Los Angeles, where he worked on movie sets and became well known for his photos of Marilyn Monroe, James Dean, Frank Sinatra and JFK’s inaugural ball. The 75-year-old negatives languished for decades in his bungalow studio.

It wasn’t until last November that I discovered a contact sheet and negatives in the bottom of an archival box I stashed away after completing work on his World War II memoir Snapdragon. I thought I had given all the negatives back to his estate, so I grabbed a loupe and took a peek. The first image I saw was the Times news ticker. After looking at several other photos of that day — people praying inside a church, massive American flags gracing a building — a glimpse of Schrafft’s took me back to a moment he had written about in his memoir: the Rangers’ first assignment, Operation Torch, the invasion of North Africa. He describes how, as he and a group of his Rangers were on their way in small landing craft in the Mediterranean, the only light that night was a 1/20th moon, “the size of a Schrafft’s slice of apple pie.”

Back in New York, Stern pondered the consequences of D-Day. “I hope the lens men who are in there with them shooting the whole show,” he wrote in a newspaper article about that day, “are clicking their shutters on the last days of fascism for the world.”

Liesl Bradner is a co-author of Snapdragon: The World War II Exploits of Darby’s Ranger and Combat Photographer Phil Stern