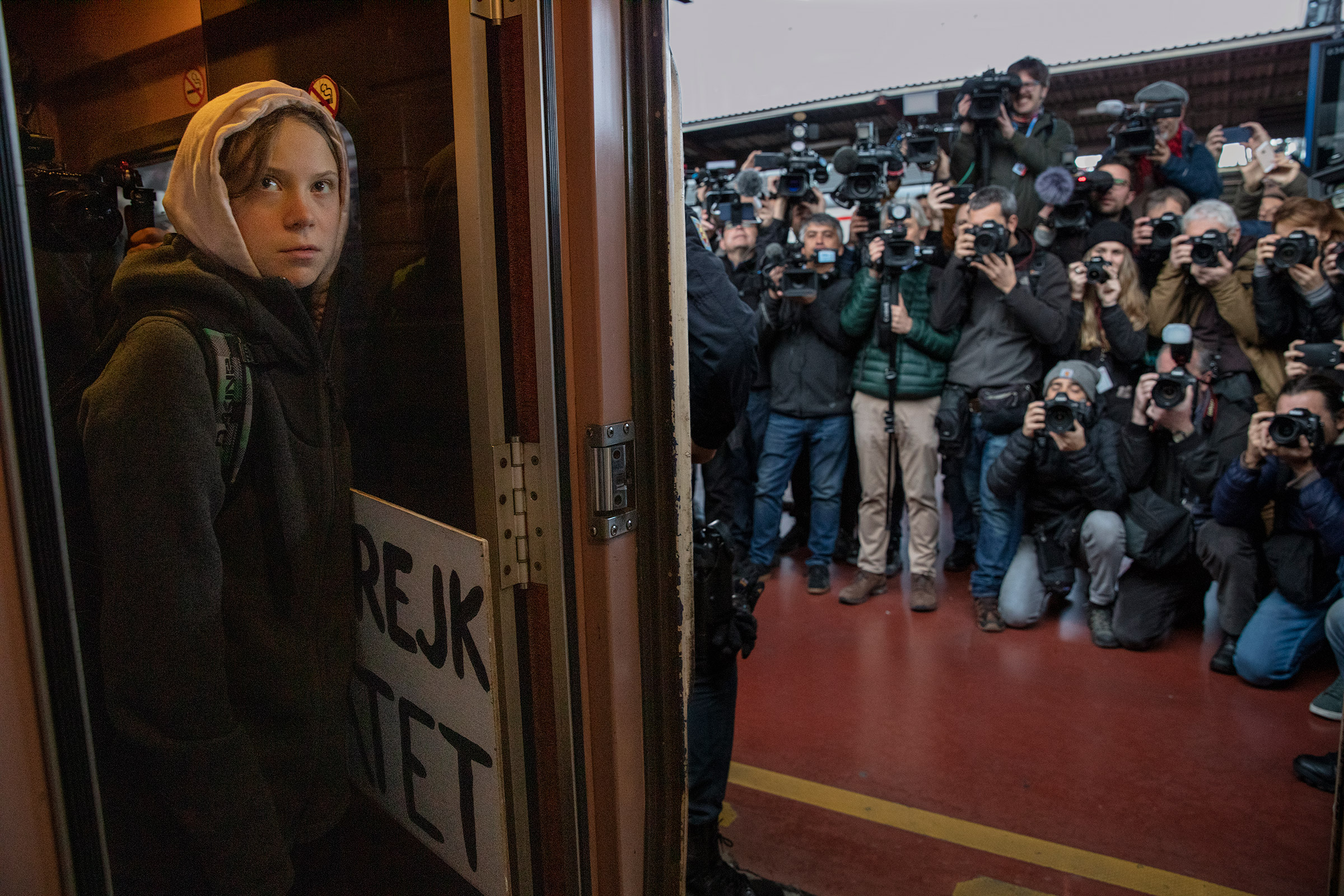 Greta Thunberg arrives in Madrid for the last U.N. climate summit before a crucial deadline in 2020. Dec. 23 issue.
Evgenia Arbugaeva for TIME

It was in the second decade of the 21st Century that the camera completed its big move — from around the neck of a person who had set out to take pictures, to the pocket of almost anyone, taking a picture of just about anything. Married to social media, the camera phone can place more still images before a person in a single day than might have been seen in a whole year just a generation ago. And yet the power of the journalistic photograph, and truth it holds, is undiminished. Throughout 2019, photographers commissioned by TIME produced pictures that captured reality as it is still best understood.

In northern Iraq, Newsha Tavakolian photographed youths who were kidnapped and later indoctrinated into ISIS. What had become of them? What had they become? In Utah, Peter van Agtmael embedded with Jennie Taylor and her seven children almost a year after her husband and their father, Brent Taylor, was killed while deployed in Afghanistan. During the summer, Matthieu Paley traveled to one of the hottest cities on earth—Jacobabad, Pakistan, where temperatures reached 124 degrees. In December, Evgenia Arbugaeva followed Swedish climate activist Greta Thunberg as she arrived back in Europe for a summit in Spain. Arbugaeva’s image of Thunberg, about to step off a train in Madrid, felt both intimate and new take on one of the most recognizable faces in the world at the moment.

In Philadelphia, Sasha Arutyunova shadowed waitresses at the Broad Street Diner who rely on tips to make ends meet. In Barcelona, Luca Locatelli stood atop the Sagrada Familia as architects and construction workers assemble yet more towers. In Paris, Patrick Zachmann trained his lens on the ruins of Notre Dame following the April blaze that destroyed the cathedral’s roof. In September, elsewhere in the city, Christopher Anderson captured a private moment between French President Emmanuel Macron and his wife, Brigitte, toward the end of a day of work. For months in Washington, D.C., Gabriella Demczuk followed the drumbeat toward Donald Trump’s impeachment.

No matter what the new year may bring, we enter it better off — and better informed — for having seen these pictures.